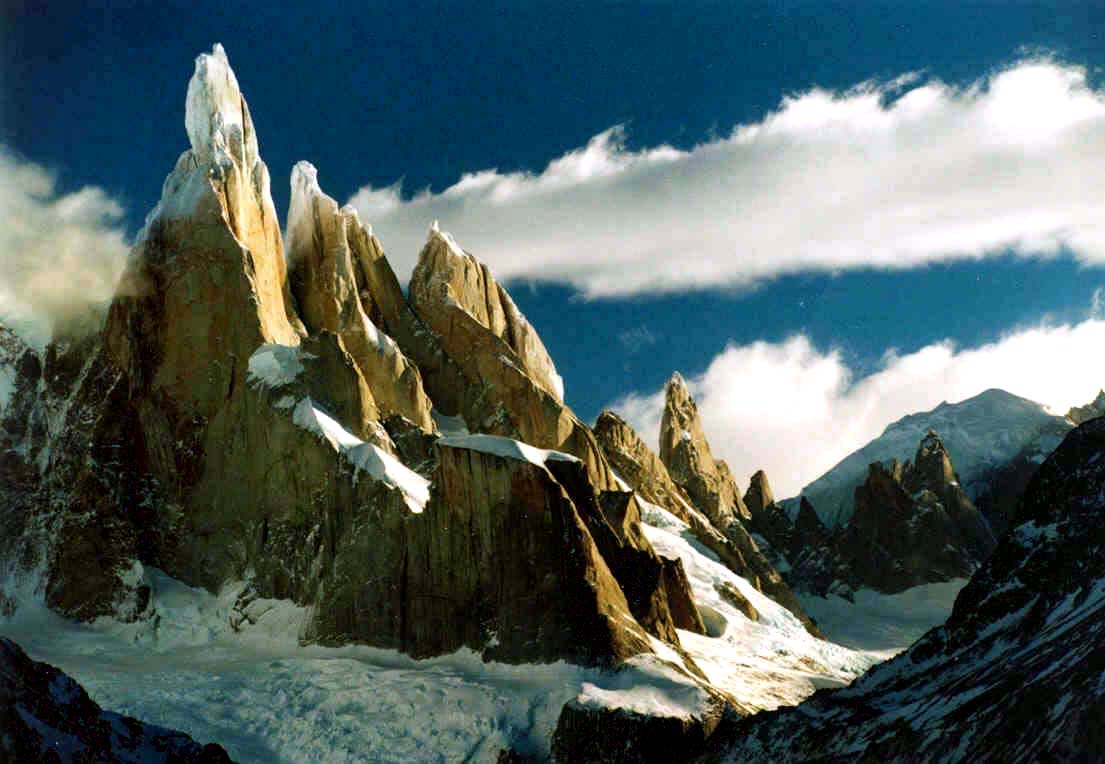 6 of the most remote, inhospitable big walls from around the world

The world is becoming an increasingly accessible place for all forms of exploration, but there are still places which are challenging even for the most skilled of us. None more so than these six big walls. The conditions are unpredictable and often severe, the going is tough, and that’s often before you’ve even reached your target.

If you haven’t already, be sure to check out our list of the six most incredible big walls around the world. Otherwise, scroll down for some of the most dramatic, remote and inhospitable walls on Earth. 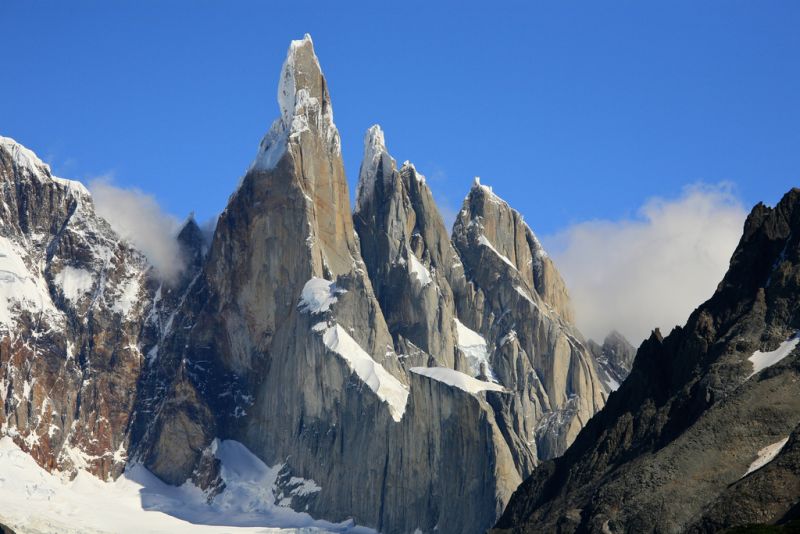 Height: 3,128m
Found in the Southern Patagonian Ice Field of South America, Cerro Torre is a tough nut to crack and due to its brutal steepness, violent weather and lack of a clear line of ascent, was initially thought to be unclimbable. This proved not to be the case and the first undisputed ascent was made in 1974 by Daniele Chiappa, Mario Conti, Casimiro Ferrari and Pino Negri.

The summit was initially claimed by Cesare Maestri, but he stopped just before the mushroom of rime ice that is formed atop the mountain, suggesting he never truly reached the top. The ice is formed by the constant strong winds and it substantially increases the difficulty of reaching the summit. 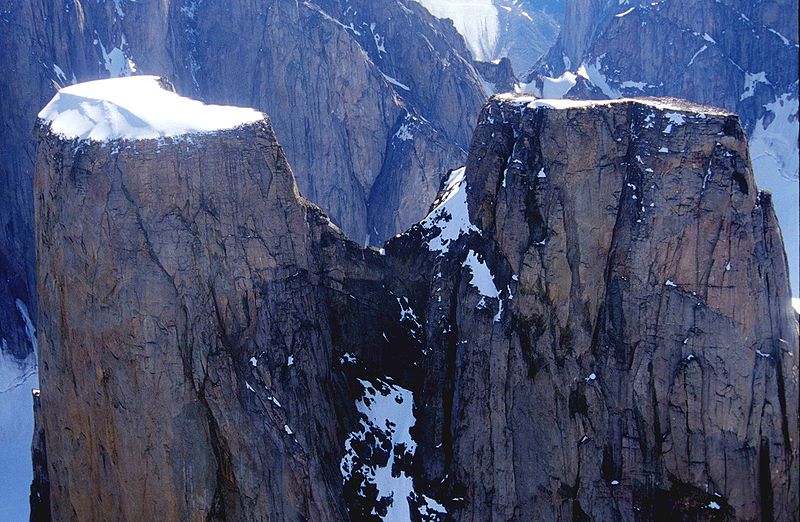 Height: 2,015m
Lying within the Arctic Circle, Mount Asgard is based on the Cumberland Peninsula within the Auyuittuq National Park of Baffin Island and is a remote place to reach with an approach of 26 miles. It was first climbed in 1953 and most routes involve highly technical free and aid climbing.

While not the highest peak on the island, it’s certainly one of the most famous and challenging ones. Unique in its appearance, Mount Asgard is formed of twin peaks, both of which are flat-topped cylindrical rock towers. The east peak (on the left) is by far the most difficult with a 1,215m vertical rock climb. 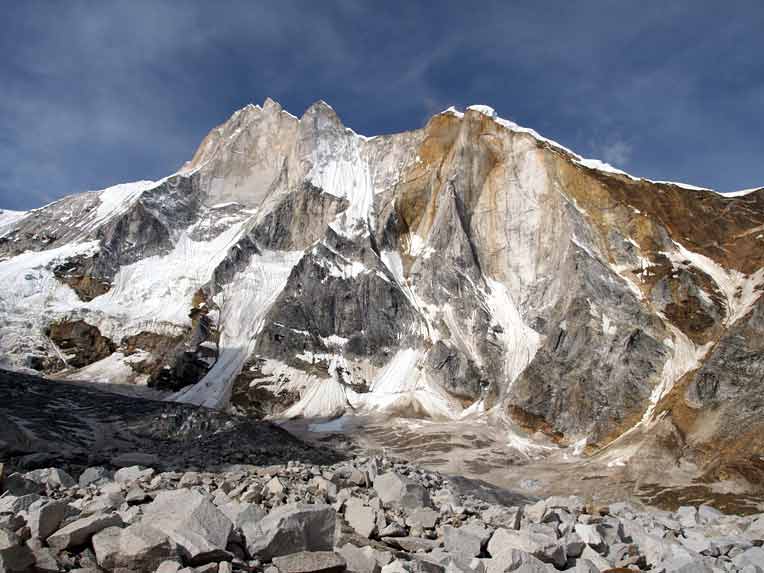 Height: 6,660m
Meru Peak lies within the Gharwal Himalayas, in the Uttarakhand region of India and features some of the most challenging routes in the world. Chief among them is the Shark’s Fin route to the top of the central peak of the mountain which was only summited in 2011 by a team of Conrad Anker, Jimmy Chin and Renan Ozturk.

Various attempts had been made in the past only to be thwarted by injuries, severe weather and low supply stocks. To this day, the route is only considered by the most skilful professionals and even that is no sure way to success. 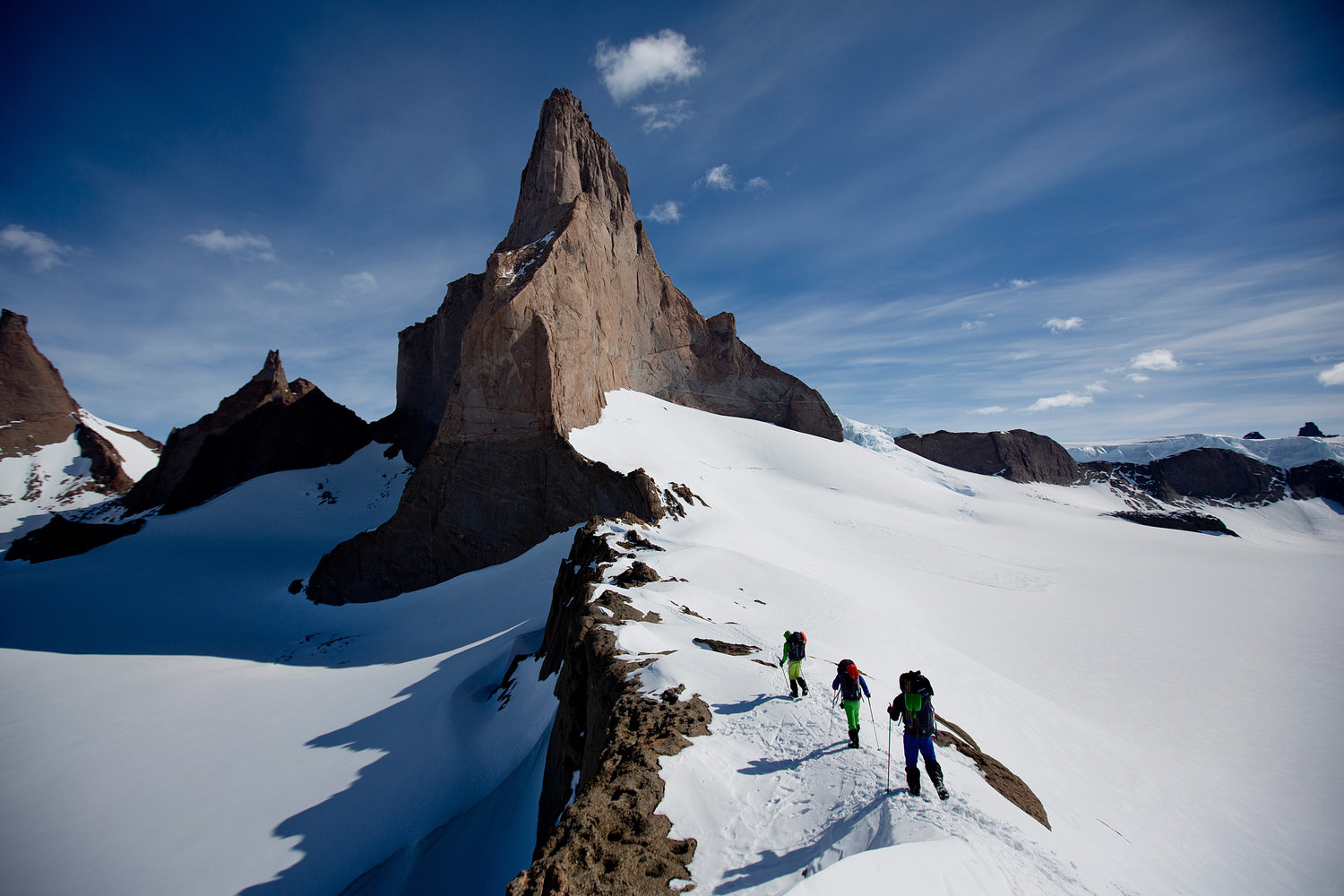 Height: 2,930m
First climbed in 1994, Ulvetanna Peak (meaning ‘the wolf’s tooth’ in Norwegian) can be found in Queen Maud Land, Antarctica. It is considered to be one of the most technically demanding peaks on the harshest of continents and is often battered by extreme cold and hurricane force winds.

Even the most experienced of climbers face a seriously challenging climb with temperatures plummeting to -35C at the summit. But with some breathtaking views, it must be worth it. 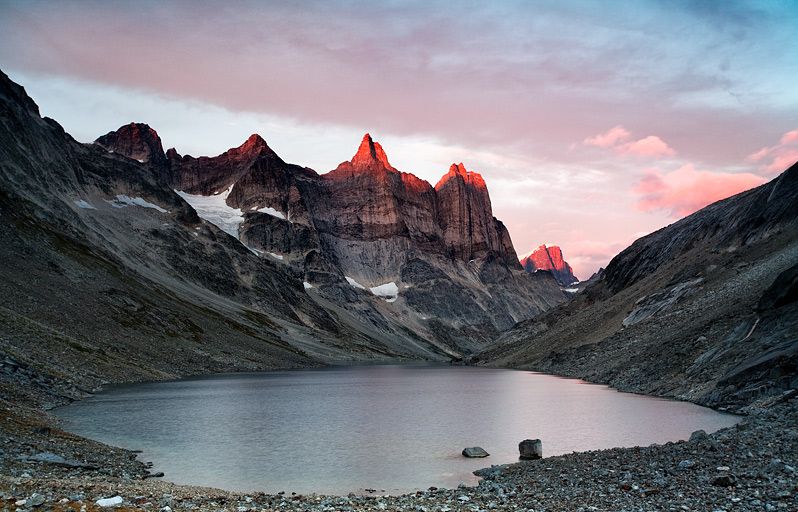 Height: 2,003m
Based in the fjords of South Greenland, Ketil offers good granite and solid rock with some amazing views as a backdrop. Despite being a popular climbing area since the early 1970s, there are still many unclimbed walls and peaks in the vicinity.

Ketil itself represents a challenging climb with a 1,200m wall. Lying within the Arctic Circle means that the weather is often cold and unpredictable and the nearest major settlement is a 37-mile boat ride away. 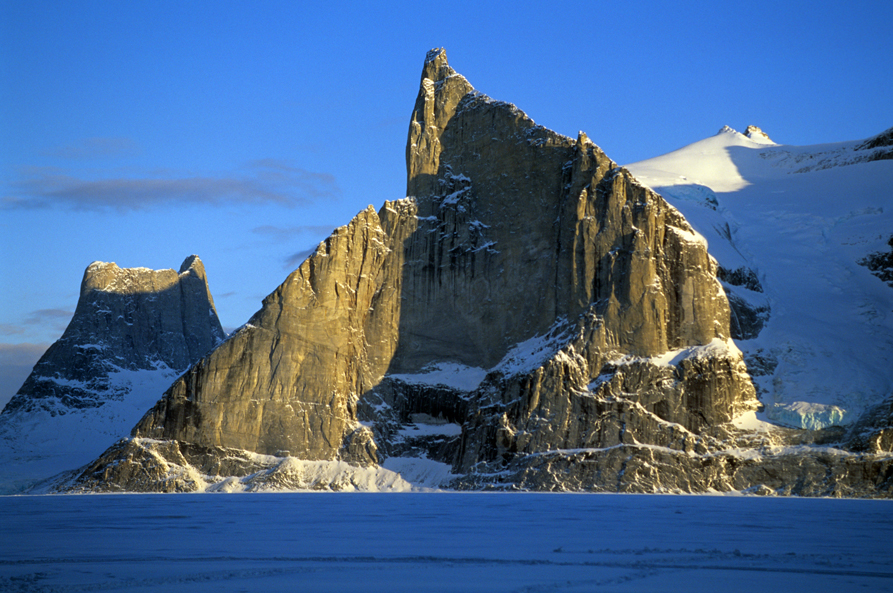 Height: 1,438m
Located in the Sam Ford Fjord of Baffin Island, Polar Sun Spire is most well-known for its spectacular and uninterrupted 1,300m north face. The closest town is a small Inuit settlement that is a 3-5 day walk away or a skidoo ride over frozen sea ice, meaning climbers have to return before the ice breaks up.

First climbed in 1996, it was regularly regarded at the time as one of the world’s hardest big walls in a mountain environment. It has been summited various times since then, but it still is and always will be regarded as one of the most remote and challenging big wall climbs in the world.