Sarah Outen is an adventurer who was the first woman and youngest person to row solo across the Indian Ocean. She’s currently part-way through an expedition called London 2 London Via The World, which involves completing a loop of the planet using only human power – cycling the land and rowing and kakaying the water. She began the journey on 1 April 2011 and reached Choshi, Japan, in April 2012.

Twenty-six days into the row from Japan to Canada she was hit by a tropical storm in the North Pacific Ocean; her boat was damaged and she was forced home. We caught up with her while she’s back in the UK, preparing to get to back out there on the expedition, to find out more… 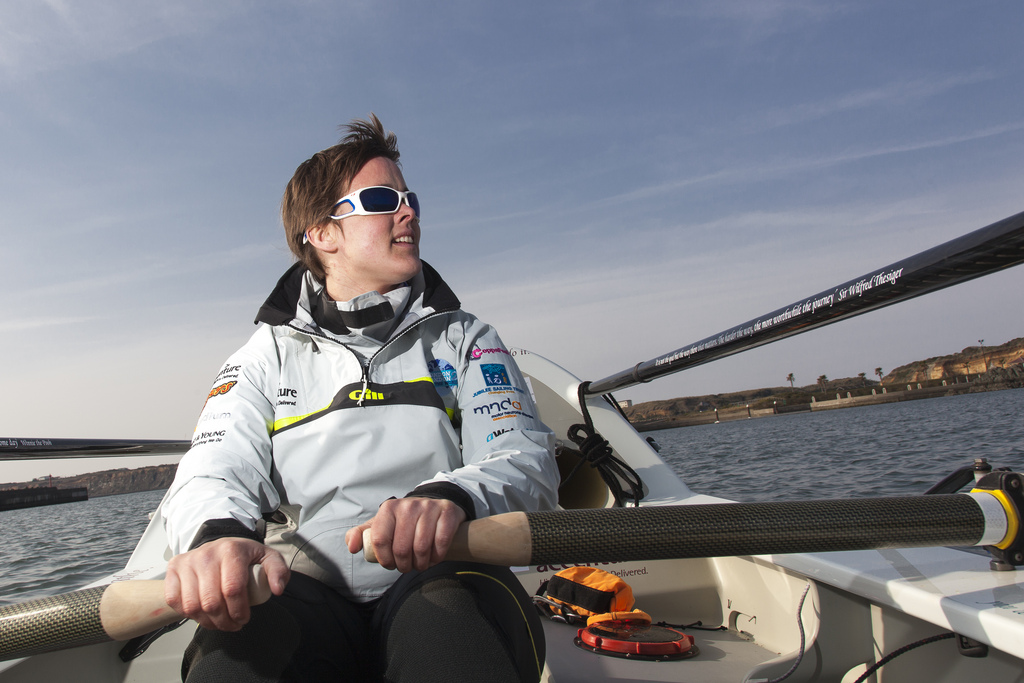 What inspired you to get into adventuring?

I have always been an outdoors girl and enjoyed camping and sports. Through the DofE Awards and my local canoe club I had my first taste of expeditions as a teenager. My first big expedition came in 2009 when I rowed across the Indian Ocean, solo, from Australia to Mauritius. I was driven by two things here – one the quest for a huge adventure and second a search for peace after the sudden death of my father in 2006.

You’ve taken on quite the challenge this time: 20,000 miles around the world using human power alone. What was your thinking behind the trip? What are you hoping to take away from this adventure?

It was during my Indian row in 2009 that I started dreaming up this route and journey, very keen to make it a shared expedition, with a schools focus. I love the perspective of human-powered journeys and all the encounters with wildlife and, on land, people. I am sure that I will end this expedition having grown, having learned, having satisfied some of my adventurous streak and hopefully having inspired others to take on their own dreams too and just have a go. 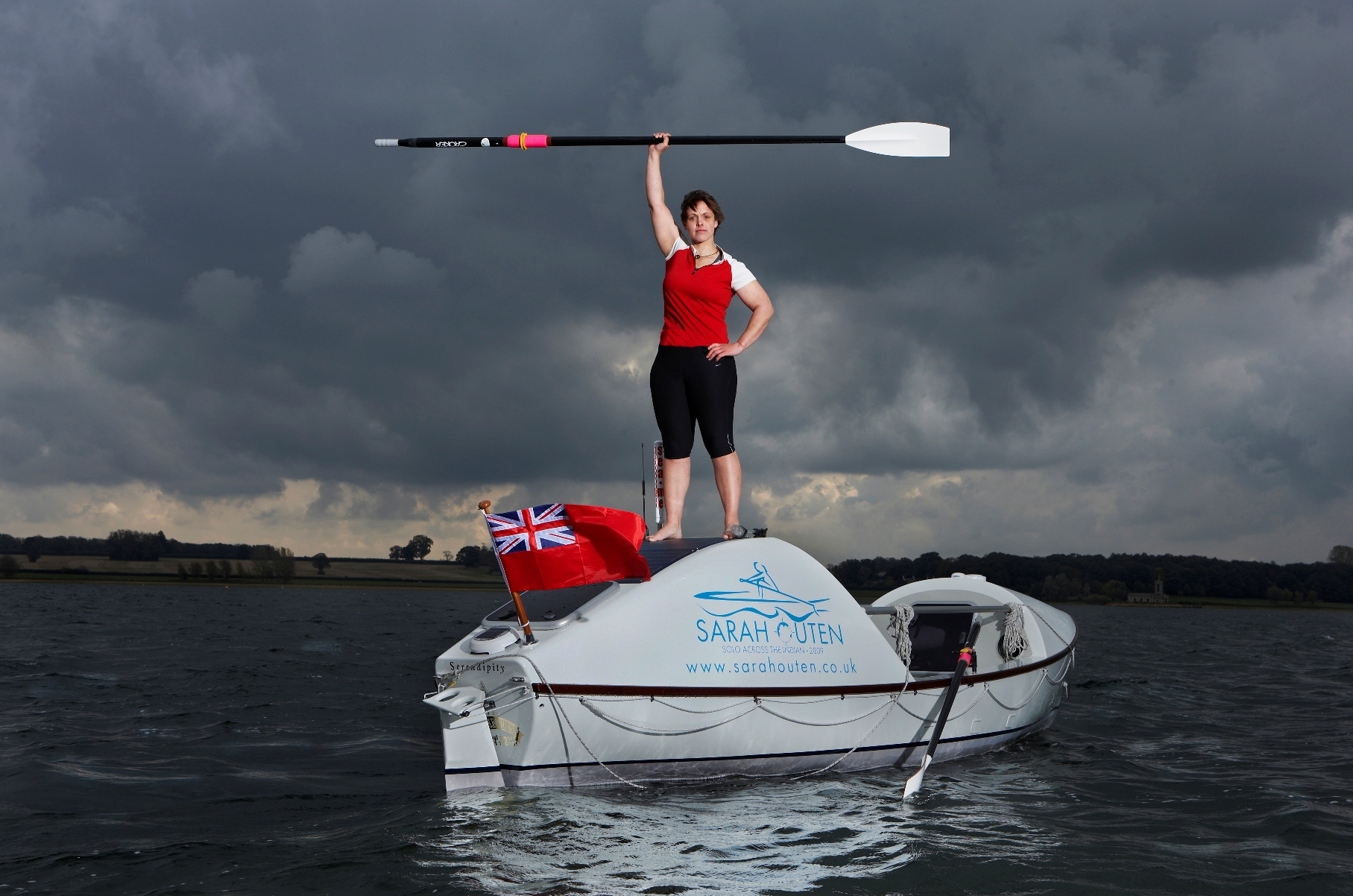 If you complete the expedition, you’ll be the first woman to row solo across the North Pacific, the youngest person to solo all three oceans and the first person to row from Japan to Canada. How important is the record-breaking aspect of this trip for you?

I love the quote ‘The journey is the reward’ and for me it is all about the journey and not about the end result. There are a few records associated with the rows but they’re not a driver for doing it. Yes the whole route is new but I don’t like the often rather petty attention on records – I think journeys should be enjoyed and respected for their own merits and importance to the journeyer. But still, each to their own.

What were the highlights between London and Japan?

People provided some of the biggest highlights – the warmth and hospitality I encountered was wonderful and the coolest thing happened in China when a young guy, Gao, asked to cycle to Beijing with me. I said yes after some persuasion and we pedalled 4,000km together. Before that he didn’t own a bike and had never pedalled more than 10km. I loved the contrasts between and within countries too and some of the landscapes, especially the Russian far east. 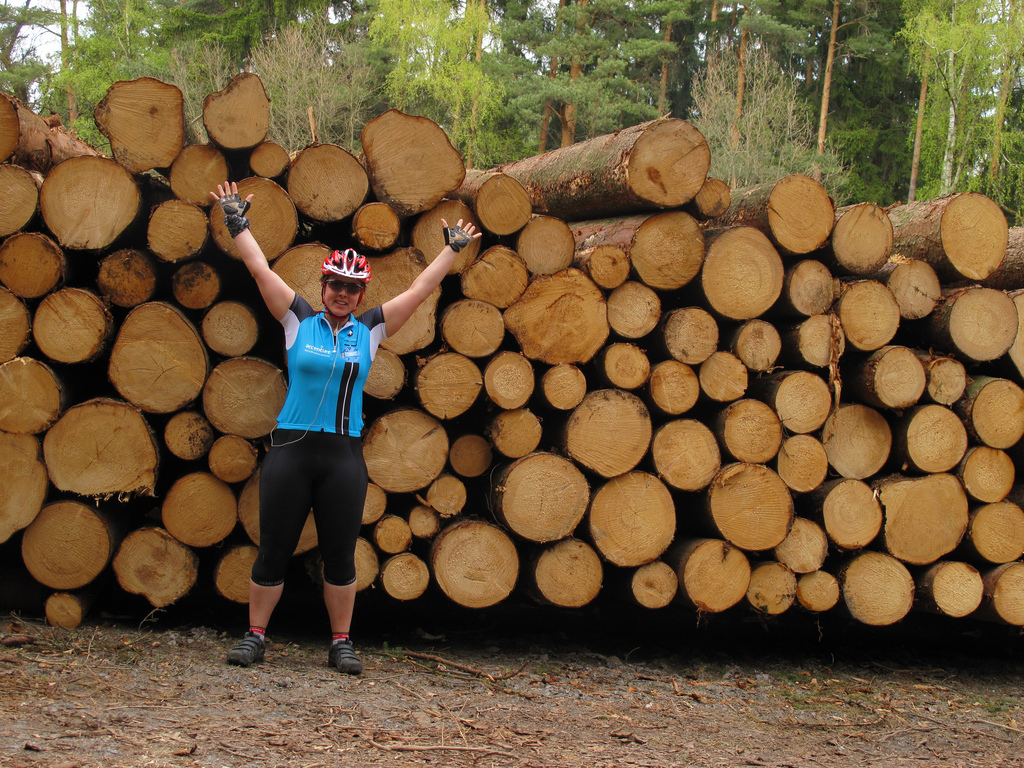 What has been the craziest thing you’ve encountered so far?

What happens to the boat and bike while you’re kayaking, and vice versa?

It either gets sent on or sent home, depending on what’s happening next. The expedition is logistically quite complex and I have bits of kit all over the world at any moment.

How do you sleep in a rowing boat in the middle of the ocean?

The boat has two cabins – one for storage and one for sleeping. In my sleeping cabin I have a narrow bed that I can strap into if the weather is rough. It’s often pretty airless in there as the cabin is tiny, but it serves its purpose. During the rough stuff it can be horrendous and very frightening.

What’s it like travelling on such a demanding journey on your own?

I love soloing and I’m good at it. That’s not to say I don’t like the people parts too – I love it in fact. The tricky bit comes at transitions, when my routine and way of life changes again. It can be tough being everything to yourself on the boat but I do have a team back home who I can call at any time for a chat or advice. So you’re solo but not really solo at all.

What’s the worst thing about this challenge?

It is a huge commitment in all respects, but I wouldn’t change it for the world. The great bits far outweigh the tricky bits.

You had to return to the UK after you hit a tropical storm in the North Pacific Ocean – what happened?

My boat was damaged heavily by the conditions, such that I couldn’t carry on. Read my blog for more info.

Were you hurt at all?

I was a bit bruised, dehydrated and exhausted but otherwise OK. It was Gulliver who took the greatest beating.

How long have you been back in the UK and are you itching to get back out there?

I came home in June and have a few months before I set out again. I am looking forward to getting started again but it will be hard to say goodbye to friends and family, especially in the light of what happened last time. 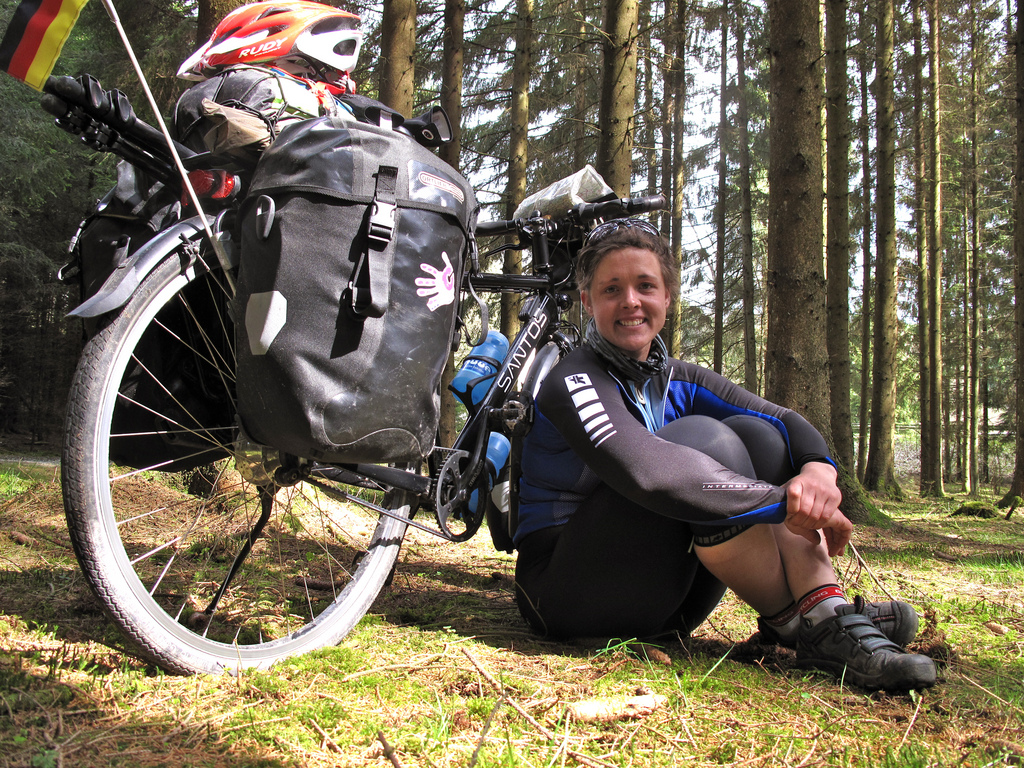 Will you give the record-breaking row across the North Pacific another shot?

Yes. I relaunch from Japan in the spring.

Is there a section you are particularly looking forward to?

I am really looking forward to Canada – I have never been and always wanted to.

What is your most essential piece of kit?

The bike, the boat, the kayak. Other top things include my Buffs, my Leatherman knife and my Iridium satellite phone. Without the latter I couldn’t fulfil all my objectives of sharing the stories with schools around the world.

How do you transport all your stuff?

I take everything I need with me on the boat and for the bike and kayak legs pick up extras en route. Kit is always being sent ahead of me or sent home; I have a team of people at home helping coordinate this. It can be pretty confusing at times.

How did you fund this trip?

Mostly corporate sponsorship for this size of project – the budget is huge and rather daunting. I have ploughed all my earnings and savings into it too. It can be precarious making ends meet at times but it’s worth it. We are bringing more sponsors onboard for the relaunch in 2013.

What tips would you give to someone who’s passionate about a sport but would like to take it on in the form of an adventure?

Just do it. We always invent excuses and reasons not to do things – you just have to make a bit of a plan and take action on it.

You are raising money for four charities – breast cancer charity CoppaFeel!; The Jubilee Sailing Trust; motor neurone disease charity MND Association and WaterAid – why are these charities particularly special to you?

I love using my expeditions to do something useful for charities – both awareness and fundraising. Each is important for different reasons, some personal and some fundamental.

For more on Sarah see www.sarahouten.com.

Watch: The Majesty of the Mountains
10 of the most incredible views in Britain
British adventurer to circumnavigate three Channel Islands in gruelling challenge
Type to search or hit ESC to close