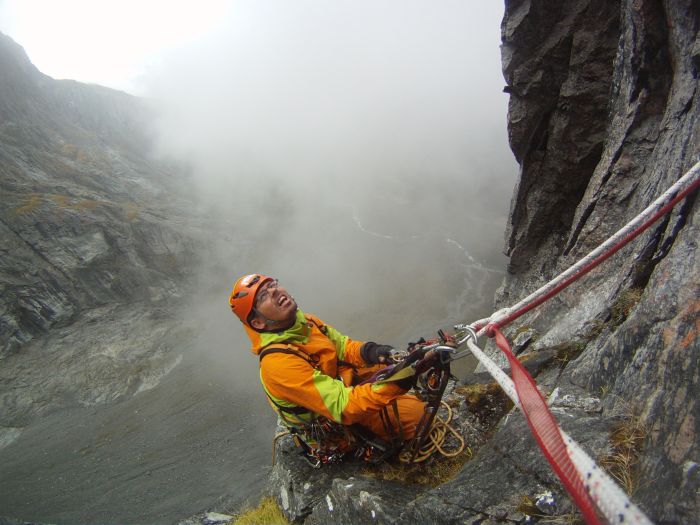 Often described as Britain’s only stand-up mountaineer, I first saw Andy Kirkpatrick do a show years ago, before I worked at Adventure Travel. It was hilarious and not at all what I was expecting: extreme climbing tales combined with poo jokes and Bear Grylls-bashing, that still managed to delight the gentlefolk of Royal Leamington Spa.

I finally got round to seeing another of his shows last night, when I went to Birmingham with a couple of friends for his current tour, called Inappropriate Climbing. Was it as good as I remembered? 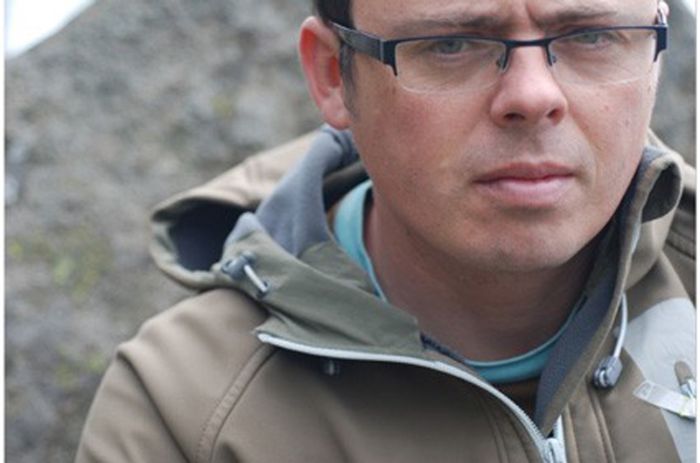 The show lived up to its title of being inappropriate immediately – and I’d thought I was prepared for it! Andy began by describing how his son had been diagnosed with ADHD (“It’s not being able to concentrate – the doctor said I probably have it too, but I’d stopped listening by then”) and that set the tone for the evening: blind people, foreigners (Norwegians in particular), gingers and of course Bear Grylls were all subject to the Andy K treatment.

Andy has been doing quite a bit of climbing for the TV – firstly with his 13-year-old daughter Ella, who he took to climb El Capitan in Yosemite for a documentary (“the most extreme climbing show for 10 years and it’s on CBBC”) where she became the youngest person to have climbed the face. He was also involved with Sport Relief, again in Yosemite, helping The One Show presenter Alex Jones climb Moonlight Buttress on El Cap.

Andy also talks about his experiences on the Troll Wall in Norway, a mountain so dangerous that it’s illegal to be rescued from it, and a winter attempt on the hardest route on the North Face of the Eiger. But he says that someone earlier in the tour had pointed out that the main focus of the talk was friendship, and it’s true: the tales of the characters he climbs with, in particular the two Norwegian skiers he takes up the Troll Wall in winter, are wonderful. I also loved his answer to a question he’s often asked about how he copes with fear, using a description of a child and a lion, although you’ll have to go and see the show to find out what it is.

The talk is quite long – we weren’t out until gone 10pm – but it’s cracking. There are still a few dates left – see www.speakersfromtheedge.com/theatre-tours/andy-kirkpatrick-inappropriate-climbing – or if you’ve missed him this time, I’d definitely recommend going if you get the chance in future. Just remember that it’s not for anyone who’s easily offended, or as my friend Owain said, “I’m glad I didn’t bring my mum.” See more at www.andy-kirkpatrick.com.