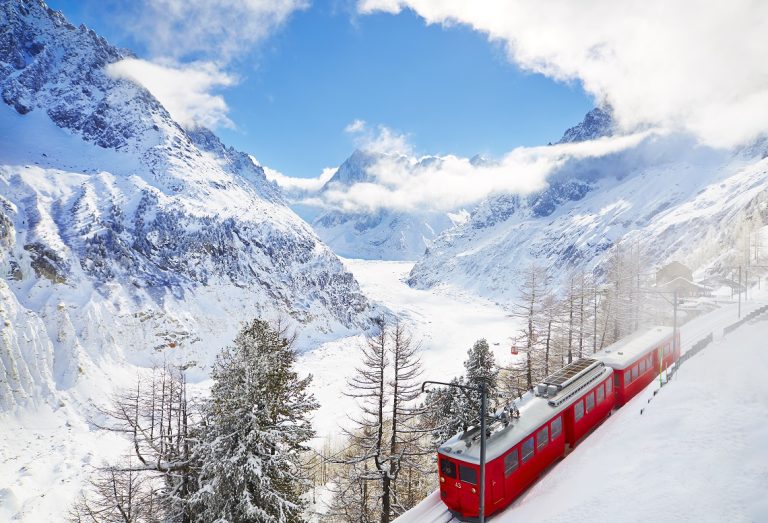 From the MER DE GLACE to the ‘crazy years’, CHAMONIX MONT-BLANC has held a special place in the hearts of MOUNTAIN-LOVERS for over 250 years

Chamonix has been captivating its visitors for centuries, and it’s easy to see why. The 17-mile valley with its mountains, cascading glaciers, and traditional villages give Chamonix Mont Blanc a unique appeal that keeps people coming back year after year. 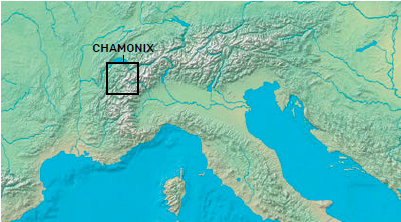 In 1741, the first official visitors to the Chamonix Valley were two Englishmen, William Wyndham and Richard Pocock.

Their legacy was the Mer de Glace (sea of ice), the name they bestowed upon the impressive Montenvers glacier.

Following the conquest of Mont-Blanc in 1786, explorers, mountaineers, tourists, artists, and scientists were inevitably drawn to Chamonix. Scottish physicist and glaciologist, James David Forbes, spent many years studying the movement of ice here. He developed lifelong friendships with local guides, alongside a passion for the Mer de Glace.

It was John Ruskin, the 19th Century artist and poet who famously said, “Mountains are the great cathedrals of the earth”. At the foot of the Brevent, the Ruskin Stone bears witness to the hours he spent in tender contemplation of nature: “I never saw the valley look so lovely as it did tonight!

With its noble, quiet slopes of deep, deep green and grey, and, above them, the rich orange of the Aiguilles. I know nowhere else where one sees green and orange united by purple, as the sun leaves the pines and remains on the granite. The great waterfall across the valley was bounding with ever wilder crashes… and the wind brought its roar to me across the fields!”

A CHANGE OF PACE

Grand hotels sprang up in the late 1800s. The small farming village was growing into a cosmopolitan destination and the arrival of the train in 1901 confirmed the prosperity of the Belle Epoque.

The passage into the 20th Century was hailed by the arrival of long wooden planks that were to change the face of winter seasons in Chamonix. In 1898, at the age of 10, the Englishman Arnold Lunn tested his first pair of skis on the valley’s slopes. While a little unenthused at the time, Lunn went on to become a key player in the development of alpine skiing.

In 1924 the first Winter Olympic Games took place in Chamonix. Due to Scandinavian opposition, downhill skiing was not on the agenda. Lunn organised the first international downhill competition, the Arlberg Kandahar, in 1928 and the rest is history.

During the 1920s Années Folles (the crazy years), three splendid hotel palaces were erected in Chamonix with magnificent gardens and ballrooms to attract aristocrats and dignitaries the world over.

One of these grand buildings, The Majestic, is Chamonix’s Congress Centre, the second hosts the superb collections of the Alpine museum, and the third, the Savoy Palace, recently reopened under the patronage of the Folie Douce hotels.

The bygone era of crazy parties is enjoying a renaissance, attracting a new generation of fun-lovers to the region.

For well over 250 years, British visitors have kept a special place in their hearts for Chamonix. Many, like Victor Saunders, president of the Alpine Club, mountaineer, guide and writer, have chosen to make the valley their home. The passion that Chamonix residents share for this extraordinary place is what unites them, irrespective of nationality.

The challenge of the 21st Century is preserving the valley’s heritage, allowing visitors to enjoy Chamonix Mont-Blanc without compromising its history or natural beauty. Some say that Alpinism is a metaphor for life, in which case, the pioneering spirit of mountain lovers will undoubtedly meet the challenges of the future. For more information on Chamonix Mont-Blanc, see www.chamonix.com