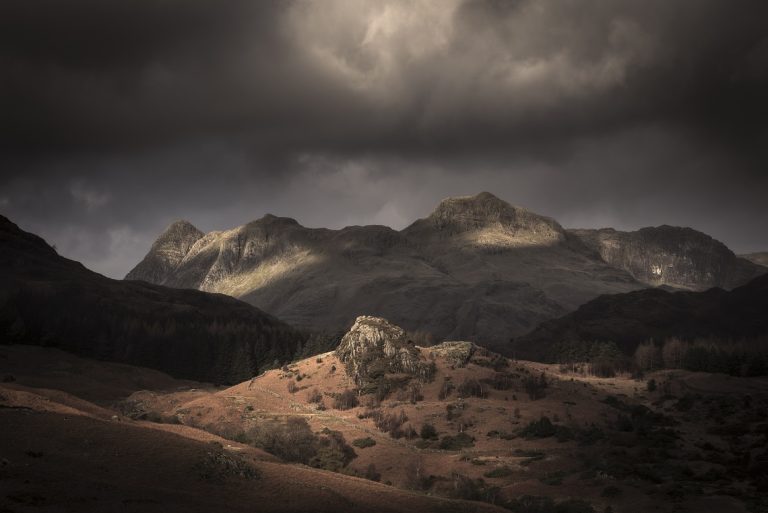 The walker sees a lot. But the photographer sees more.” It’s a controversial statement, particularly one to print in an outdoor adventure magazine, but it has to be said there are few more qualified to make it than Charlie Waite.

A world-renowned Landscape Photographer, Charlie has spent decades capturing iconic landscape photos around the globe. It’s a passion that he sees as a way of honouring and connecting with the world he travels through in a way that few other travellers do: “[When taking photos, I] come away feeling so heady and so upbeat, because I’ve been so enriched by this profound engagement with what I’ve tried to take a photograph of,” he enthuses.

It’s this passion that inspired Charlie to launch the Landscape Photographer of the Year competition in 2007. The annual competition, which is open to anyone with a camera and the eye for a good shot, is designed to find the most stunning photographs of the British landscape, while also encouraging would-be winners to head out and reconnect with the great outdoors. This enriching experience isn’t all that’s up for grabs either. The competition also offers entrants the chance of winning a share of a £20,000 prize fund and the opportunity to have their prize-winning shot displayed the length and breadth of the UK.

Competition is fierce though, as the images on the surrounding pages illustrate. So what exactly are the judges looking for and how do you go about capturing a winning shot?

Before we even begin to talk about gear or technical aspects of taking a photo, Charlie reveals his first, golden rule. “Own the experience. The photograph should be seen as a production. Potentially as complex as a piece of music, a poem, or even a novel.” So, take your photography seriously. This can mean anything from telling your friends to be patient as you take a few more moments to compose a shot, waiting 10 minutes for the perfect cloud to drift over your subject, or even coming back another day with a tripod and different lens.

By owning the experience of taking the photograph, even for the briefest of moments, you’re much more likely to come out with a more considered — and therefore better — finished shot. Like the conductor of an orchestra, you’re trying to bring a number of different elements together into one cohesive piece of art. Don’t rush it.

ALL THE GEAR, NO IDEA

When it comes to talking kit, Charlie is quick to emphasise that amateur snappers shouldn’t shell out big money on gear in a bid to make their photos better. “Photography is about perception. It’s about seeing. Then, it’s about the camera,” he explains. Having said that, he does recommend a few additions to your photography kit bag. A tripod is a staple for a landscape photographer, helping you shoot with long shutter speeds and precisely compose your shots. A tripod also serves a slightly different purpose.

“When you put that camera on the tripod, you’re taking it seriously. You’re owning the experience.” A polarising filter, which will filter out the brightest glaring light from your image, is also a must-have. “A third of our image is going to be made up of sky, as a rule of thumb, and a polarising filter will enhance that,” he reveals. “It will also take the distracting white light reflection out of your image and stop your viewer’s eyes being drawn to it.”

And, if you really feel that spending some money will help take your photos up a level, Charlie recommends splashing out on lenses first before upgrading your camera. Good lenses provide sharper images and will help extract the most out of your existing camera body. The three lenses Charlie recommends for budding landscape photographers are an 80-200mm zoom lens, a 28mm lens to (roughly) match human vision, and a 50 or 85mm fixed (prime) lens.

While there may be certain times in the day that light is particularly impressive, Charlie warns against restricting yourself to ‘the golden hours’ just before sunset or after sunrise “Take photos whenever it feels right,” he says. “There are no good or bad times.” However, there is one particular time that Charlie recommends trying to catch. “Straight after a heavy storm is an amazing experience. The storm has got rid of all the molecules of dust in the air and the lighting is razor sharp. The only word I can use is thrilling. You’ve got about 10 minutes after heavy rain when the sun really comes out, there’s no light ever like it.”

Known as the Exposure Triangle, mastering these three settings is crucial for good photographs. In layman’s terms, the shutter speed determines how long the sensor is exposed to the light coming into the camera; the aperture is how wide the hole in the lens opens to let this light in, and ISO determines how sensitive the sensor is to the light. All three must work in unison for the sensor to collect enough light to produce a correctly exposed photograph.

Getting your head around your camera in manual mode can be confusing. So, if you’re still getting the hang of the Exposure Triangle, learning how to prioritise your aperture is likely to take your photographs to the next level.

Head outside and shoot the same scene with a variety of aperture settings (most DSLRs will have an Aperture Priority mode which will prioritise the aperture setting you’ve selected and change the shutter speed and ISO to ensure you end up with a correctly exposed photograph) to learn how different aperture settings will influence the sharpness and depth of field in your photographs.

Charlie also points out that upping your ISO, your sensor’s sensitivity to light, is a good way of compromising if you don’t want to change shutter speed or aperture, particularly with new digital cameras where the effects of a high ISO setting (which can create some noticeable ‘noise’ in your image) are less pronounced.

Great shots covey a clear emotion, Charlie says. “Photography has become the people’s common language,” Charlie explains, his own twist on the classic adage ‘A picture paints a thousand words.’ Whether you’re looking to convey the tranquillity of nature, the wonder of the great outdoors, or maybe even awe at the power of the weather (the crashing waves almost overwhelming a lighthouse in the image on the right is a great example of this), photographs should communicate a universally recognisable message to the viewer.

Go ahead and test it with a friend. Show them a snap you’ve taken that you think is great. If their first reaction betrays the emotion that you wanted to convey then well done you; you’ve captured an emotive image and by definition, a successful photo.

While it’s true that your photos should be unique, it never hurts to capture a stunning shot of a cornerstone of landscape photography. “In terms of subject matter, the lonely element is the classic. The shed, the person in the middle of a desert, the lonely tree. Anything on its own, I think, makes us reflect on ourselves,” Charlie reveals.

Focussing on lonely elements can also ensure your images aren’t too complex or busy. This is ideal when, as a photographer, you only have a fraction of a second to capture someone’s attention and leave a lasting impression. “You want the viewer’s eye to reside in a particular place. You don’t want it to wander,” he says.

“If there’s something you don’t like [in the landscape], don’t have it in. Look around the edges. No painter would forget the edges,” Charlie stresses. Don’t be afraid to zoom in a little bit further when shooting, or crop your photos in post-production, to make sure that your photograph is easy to read and understand. That stark lonely element will look all the more imposing if it’s the only eye-catching element in shot.

FOCUS ON THE BAD

When it comes to the end of the day while shooting, or even during your editing on a computer when you get your first proper look at your finished shots, analyse the ones that didn’t turn out as you expected and figure out what went wrong.

“I learnt, and I think all of us do, through my mistakes and my errors. Early in my career, I never thought I had produced a masterpiece. I kept saying to myself ‘No! It’s not there, it’s sterile, it has no soul.’ So, I worked hard to find what wasn’t there in the photos I was taking at the time,” Charlie reveals.

Editing your photographs is part of your artistic expression but try to keep your changes light and subtle. Charlie emphasises the need to be wary when it comes to editing. “You don’t want to produce a fraudulent image.” Over-editing means your shot will lose a little authenticity in the viewer’s mind.

A particular area of focus in post-production should be the contrast of your image. Cameras are much more sensitive to changes in light than the human eye. This means that the images they produce may initially come out as unnaturally over-contrasted. Most editing software can lessen this effect.

“You’ve invested the time and you’ve invested in a camera. It feels like a bit of a poor show to let that image express itself on a phone and that’s it, job done, game over,” Charlie says. Photographs look their best when printed out, not when imprisoned on a hard drive or lost to the never-ending scrolling of Instagram. Print them on textured paper. “Plain paper sometimes doesn’t have the depth, but textured paper gives it a little bit of a painted feel, without leaving people thinking you’re trying to make a painting.”

With your work printed and displayed in all its glory, take the time to share it with the world. Whether you give your prints to family and friends, or even head into a local restaurant or give them to a charity to sell, getting your images out there and displaying them to the world is a self-affirming way to round off the entire photographic experience. “Something happens when you see a print, maybe about A3, of an image that you took and feel really pleased with,” Charlie enthuses. “The moment that you released the shutter comes back to you.”

So, you’ve owned the process, stuck your tripod in the boggy ground, attended to your aperture, omitted the redundant elements from your shot, and have come away with a photo you’re pretty damned proud of. Why not enter it into the Landscape Photographer of the Year competition, and share it with Charlie?

GOT WHAT IT TAKES? 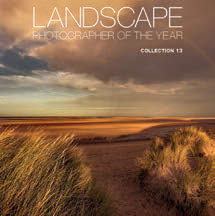 To enter Landscape Photographer of the Year 2021, go to www.lpoty.co.uk and submit your photographs of the British landscape by 14 April 2021. Entrants will be in with a chance of winning a share of the £20,000 prize fund, including a £10,000 prize for the overall winner. Good luck!