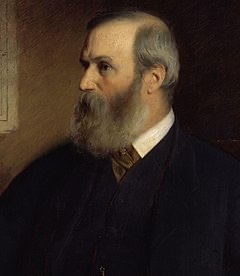 Meet Britain’s forgotten Arctic explorer, who survived in a self-built hut on a frozen island along with his crew for almost a year after being shipwrecked, bringing all 25 men home to safety without any loss of life

Benjamin Leigh Smith was a British explorer who discovered new areas of Arctic Svalbard, Norway, and Franz Josef Land, Russia, between 1871 and 1882. On one of his trips Benjamin and his crew managed to escape to safety without any loss of life after becoming stranded on an Arctic island for almost a year.

Benjamin Leigh Smith was born in 1828 into a wealthy but unconventional, radical-thinking family by Victorian-era standards. He was born out of wedlock, along with four other siblings, which was deemed scandalous for the times. His mother was Anne Longden and his politician father was Benjamin Smith senior, who fought for the abolition of slavery. Benjamin jnr developed an ambition to explore the frozen world of the Arctic.

In 1871, Benjamin took a sailing vessel named Sampson to the archipelago of Svalbard between Norway and the North Pole. Manoeuvring any ship using only sails was a challenge due to the ever-changing weather and sea-ice conditions. During the 19th Century, the Arctic ice pack was thicker and much further south during the summer months than is the case today.

However, Benjamin achieved a great deal discovering a total of 22 previously unknown islands and 33 other coastal and land features. He also undertook oceanographic studies, to help determine the nature of ocean currents in the region and catalogued both land and sea fauna and flora. At the end of his trip Benjamin sailed northwards as far as he could, as he was considering a possible future journey to the North Pole. On reaching a wall of pack-ice at 81 degrees, 25 minutes north, he could go no further.

The following year Benjamin once again visited Svalbard in Sampson to continue both his exploration and research. However, during that 1872 summer season, there was far more ice. On several occasions, their vessel became trapped in ice which damaged the hull. It resulted in having to beach the ship on an uncharted island and carry out repairs.

The following year, on his third trip to Svalbard, Benjamin took two vessels: steamship Diana with Sampson acting as a support vessel. Once again there was an emphasis on carrying out oceanographic research, collecting specimens and exploring islands. During their journey, Benjamin learnt of the plight of the Swedish explorer Adolf Erik Nordenskiöld who had been overwintering in the islands ready for a push to the North Pole. However, two of his supply ships had become marooned in the ice. This had resulted in a total of 67 people from three ships having to survive the long Arctic winter on rations designed for only one crew.

In 1880 Benjamin had a ship built that was specifically designed for Arctic travel. With his new vessel, Eira, he made his way to Svalbard, but again, the pack-ice prevented him from travelling further northward. He decided to head eastwards and make for the relatively unknown Franz Josef Land. Steaming along the southern limit of the pack ice, the ship was more adept at steering around icebergs.

During the following weeks, over 120 miles of hitherto previously unknown territory was visited including new islands, coastal features, and waterways. In total, 11 new islands were discovered and dozens of new locations were logged. Benjamin took delight in naming any new geographical features: he named Cape Flora after a cousin, Bell Island after his sister, and Nightingale Sound after Florence Nightingale, his famous nursing cousin.

The following summer Benjamin returned to Franz Joseph Land. Unfortunately, he found the seas around the islands full of ice. By 21 August Eira was completely ice bound a few miles from Cape Flora on Northbrook Island. Tragically, the pressures were too great. Eira had become trapped between giant icebergs and was steadily taking in water. The crew were able to save most of their food supplies along with other items, but they were now stranded. The expedition became a survival experiment none of them was prepared for; how to last out the winter on an Arctic island no human had ever lived on before?

Their supplies and four small boats were dragged onto the shore a couple of miles away. Benjamin Leigh Smith, with his calm demeanour, came into his own. He convinced his crew that, with discipline and by using their survival skills, they would all get through the ordeal. A hut was constructed measuring 12m x 3.5m using boulders found on the island and salvaged bits of ship. The dwelling used Eira’s sails for the roof and turf filled gaps in the stone walls. They named the rough structure Flora Cottage.

Before the days became completely dark, hunting groups went out to find polar bears, walrus and birds to supplement their food supplies. Benjamin organised a routine for getting through the months of total darkness and the intense cold of an Arctic winter.

Using their Arctic bounty and Eira’s food store, the crew were well fed and had enough to drink within a relatively warm hut. A great deal of time was spent chatting, playing cards, reading and yarn-telling. Every Saturday evening the men would be given a double ration of grog and the musical instruments from Eira would be brought out, whereupon a grand sing-song would take place.

By March it was time to prepare Eira’s four boats for their escape. Any damage was repaired, they were made watertight, and masts were constructed. For sails, they used tablecloths, shirts, and anything else which would hold wind. Eventually, on 21 June, the boats were dragged across the ice to open water. Benjamin intended to make for Matochkin Strait, a location in Novoya Zemlya, 220 miles to the south. This was a popular fjord for whaling and other vessels to take shelter during periods of bad weather.

Even though it was an incredibly long distance, it was thought to be their best chance of rescue. Their journey in the boats was initially hindered by a lack of continual open water where they could sail or even row at any length. Sometimes ice completely blocked their progress requiring them to haul boats onto the ice and just wait for open water to appear.

At other times, they endured raging storms and strong winds with some vessels taking in too much water which required emergency repairs. Eventually, they found themselves in open water where they made better progress even though the crafts were continually needing to be bailed out. They were in constant fear of capsizing and morale was low.

Remarkably, after three weeks of travel, a ship was spotted as they neared the Arctic island of Novoya Zemlya. It was a rescue ship, Hope, one of three ships which had been sent to locate the besieged crew. All 25 members of the Eira had survived the sinking of their ship, as well as an Arctic winter and a journey in open boats across iceberg-peppered waters. The survival and then escape to safety of the entire crew has to be one of greatest stories in marine history.

Friends and family of the men were relieved to learn they were all safe with Benjamin’s leadership being especially praised. However, as was his habit, he played down his role in the story and avoided all accolades. Even when Queen Victoria requested to view the photographs of his Arctic journey, he made himself unavailable and sent along his brother-in-law instead.

Unlike most other adventurers throughout history, this modest man had no desire to write any books about his journeys. As a consequence, he has largely been forgotten as an explorer and few people know about his extraordinary achievements. In 1887 he married Charlotte Sellers and they had two sons, Benjamin in 1888 followed by Philip in 1892. This remarkable man retired from seafaring and settled down to a quieter life with his family and friends.

Despite his modesty, there’s no denying he was one of the foremost Arctic explorers of his day, achieving incredible feats over his five expeditions. He died in 1913 aged 85. 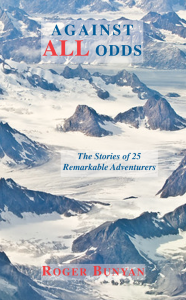 Roger Bunyan has been contributing to Adventure Travel magazine for many years. Always fascinating, insightful, and entertaining, it was only natural that the stories of these adventurers were compiled into a book. Against All Odds: The Stories of 25 Remarkable Adventurers is Roger’s first book, and in it he takes a more in-depth look at the adventurers he writes about in each issue of this mag. The amount of time, effort and research that he has put in is astounding, and it makes for captivating reading. To get your copy, head on over to www.hayloft.eu.