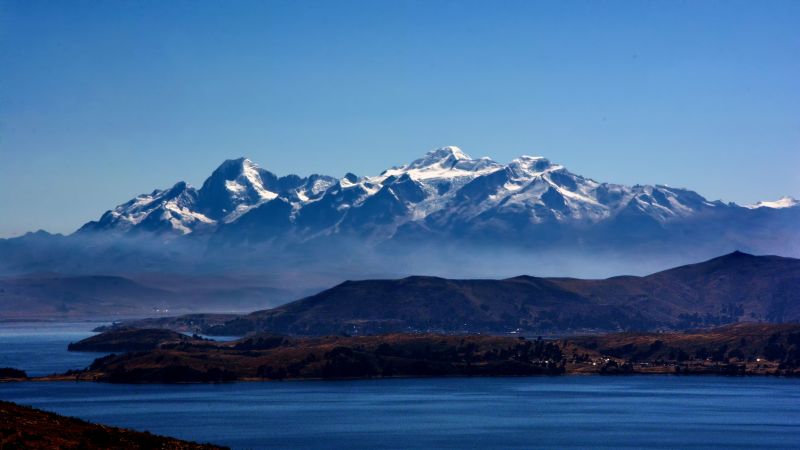 5 reasons you need to go on an adventure to Bolivia

In Bolivia it is possible to enjoy attractions of unequal natural beauty such as the unending Uyuni saltflats, mosaics of incredible biodiversity such as the Madidi National Park, contrasting landscapes in the Andes mountain range, enigmatic places such as the Titicaca Lake and the fabulous churches of the Jesuit Missions in the eastern part of the country. 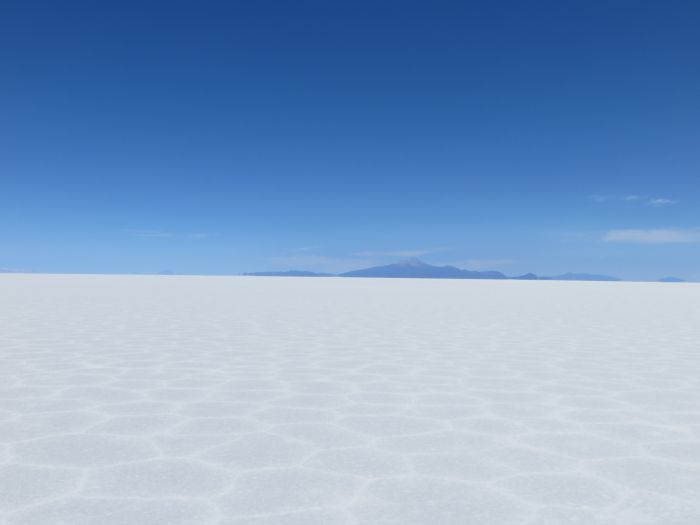 The gigantic, white and unique salt lake of Uyuni has around 10,582 km2 of area and an elevation of 3,692 m. The water of these lakes containing salt from the dissolution of the drain waters of ancient marine salt beds, reached the surface when the Andes were formed. The highland or Altiplano is a closed basin, located between the two branches of the Andes Range in the east and west. Due to this the waters couldn’t drain either the Pacific or Atlantic, and accumulated in the lowest part of the basin in the south, where today are Uyuni and Coipasa saltflats.

The climate during the day is pleasant, it has contrasts from 30ºC (midday) to -25ºC at night. The rainfall is poor (325 mm/year in the northern shore side), much less in the centre, and limited from late December to early April a period in which part of the salt lake is covered with a 10 to 50 cm layer of water.

REA – Eduardo Abaroa National Reserve is in the southern part of Uyuni salt flats, bordering with northern Chile and Argentina, It has an altitudinal range from 4,200 m to 6,000 m, belongs to the Puna region, with special and fragile ecosystems, and natural wonders like Green, Red lagoon (a RAMSAR site), unique to have nesting together around 30,000 Andean flamingos of the 3 species (Jamesi, Andinus and Chilensis) at 4,278 m. Due to the volcanic activity in the western Andes Range, there is geothermal activity like the geysers “Sol de Mañana” and natural hot springs. The high deserts of the area are another great attraction, together with small habitats created by different lagoons and the nice stone formations done by the strong wind erosion in the area. 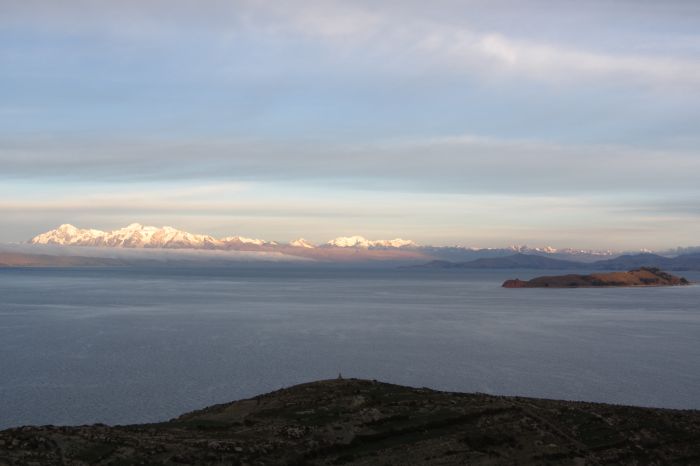 Lake Titicaca is the highest navigable lake in the world!

Come to see a unique hydrologic system, its water stay between the two branches of the Andes Range, and Lake Titicaca big mass size of 8,562 km², has a thermoregulatory effect due to the strong sun radiation at 3.810 m in the surrounding area, avoiding two of the main problems of the highlands in agriculture: freezing and drought. These were the key natural reasons for the development of the local cultures in agriculture, with outstanding techniques in use until present times, like the terraces, water raised fields and artificial lagoons.

Our programs cover most of their products, like cultural, adventure and ecotourism, each showing the beauty and richness of Lake Titicaca, and complemented with a strong cultural legacy from its pre-Columbian, colonial and cultural treasures.

Explore the Island of the Sun, with the support of Ecolodge “La Estancia”. It is important to highlight that the operations are done in a sustainable way and working together with the local communities, a basic aspect to guarantee the sustainability of the product as well as the area at all levels.

An amazing spot located in the southern part of the Island of the Sun in Lake Titicaca, near the Aymara native community of “La Estancia”, from where its name was taken.

It was built preserving the Andean architecture and combining with the modern comfort, always respecting the harmony of the surrounding nature and habitat. The cabins were constructed with adobe brick and thatch roofs, and were set between pre-Inca terraces. We do also use solar energy and recycle waste at all levels.

Sustainable tourism with a plus towards the community work is an important goal and slowly more people are involved in the project, for example using their local boats for the lake transportation, use of a local restaurant, native bands playing music, cross cultural experiences in mystic ceremonies and fishing, and locals working in the Ecolodge. 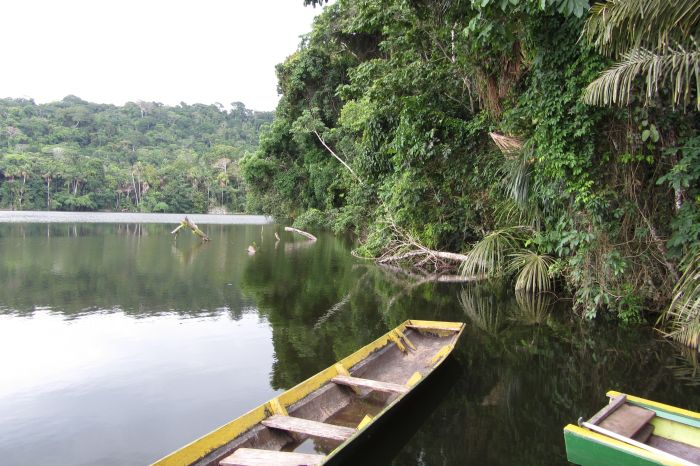 Madidi National Park is one of the largest and with the richest variety of flora and fauna in Bolivia, it has 1,895,750 Ha (4,684,500 Acres), spanning from the Andes Royal Range of Apolobamba to the Amazon basin, with an unequal biodiversity.  It has many and diverse habitats, from mountain forest, highlands, crossing tropical rainforest to lowland savannas. 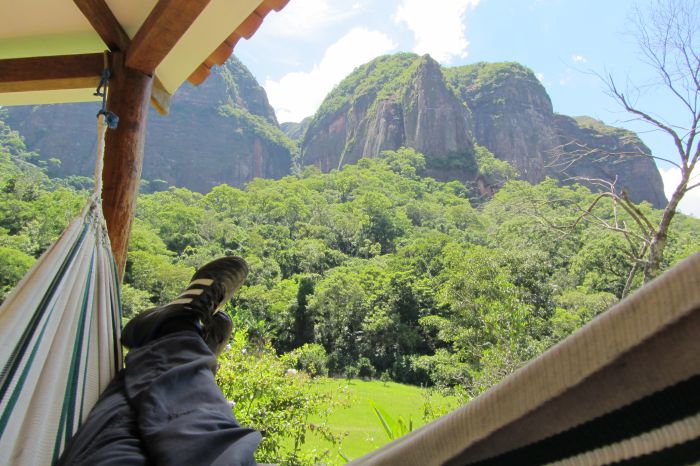 Amboro is in the area called “Elbow of the Andes”, a sub Andean region, where the range changes its direction towards south. It’s typically mountains with big depressions and drops of altitude in different levels. The southern part has topography of low hills and it bellows to the humid rainforest or Yungas.

Samaipata: the “El Fuerte” Ruins is the largest example of pre-Hispanic rock architecture in South America, declared a Cultural Heritage site by UNESCO.

Video of the week: Three years of amazing travel experiences in one epic video
Watch: Climbers scale Moab Towers before jumping off in heart-stopping video
Adventures around Taghia
Type to search or hit ESC to close