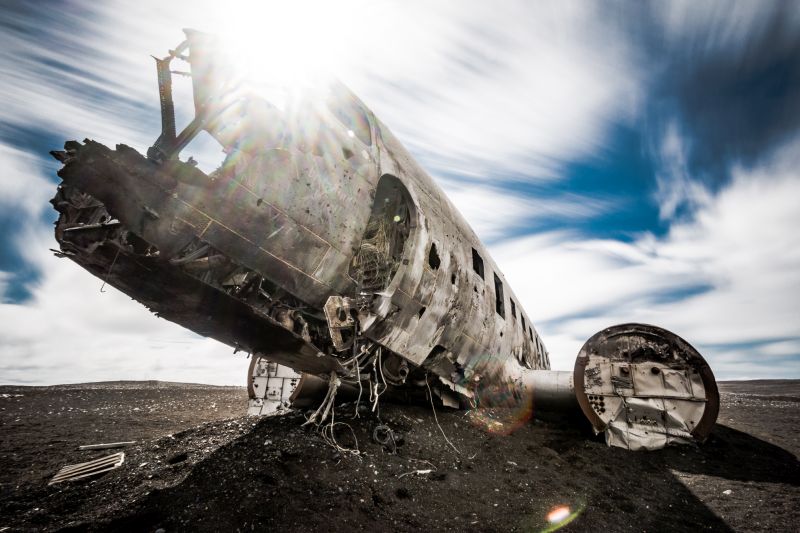 How to survive a plane crash

There’s an old saying that you are more likely to be killed by a herd of stampeding donkeys than die in a plane crash, yet countless people are afraid of flying. The slightest rumble of turbulence can send your heart rates sky high and you only have to hear a mechanical noise and you go into panic mode, loudly declaring ‘that noise wasn’t normal and we’re going to crash!’.

But are your fears of flying rational? Did you know that in the US between 1983 and 2000, there were 568 plane crashes. Out of the 53,487 people on board these planes, 51,207 survived. That means that even if your plane crashes, there is only a 4% chance that you will die, and that’s a pretty small percentage.

Regardless of this reassuring figure, and the fact that aviation is actually the safest form of travel, a lot of people are still scared of flying, and you can still die in a plane crash right? Right, but with a little knowledge you can increase your survival odds.

If you are like me, you unbuckle your seatbelt as soon as the pilot says you can. Bad move. The seatbelts are there for a reason, and although they may not look like much of a life saver, they significantly reduce the amount of force that acts on the body during a crash. The seatbelt should be positioned just above the pelvis, if the seatbelt is positioned on the stomach, the impact could create serious internal injuries.

You know those safety briefs that the cabin crew give just before you take off? Yeah the ones which nobody listens to. It’s definitely worth paying attention to those as they detail where your exits will be, and where your emergency gear is stored. And don’t think that once you’ve seen one you’ve seen them all. Some planes are different to others, and the emergency exits may operate differently on each plane. Knowing where your exits are, and how to use them, can be the difference between life and death.

If your plane starts hurtling down to earth, you are sure to have several minutes before you actually hit the ground. This means that you will have plenty of time prepare yourself for the impact. Return your seat to its upright position and get yourself into the brace position, which will be demonstrated in the safety leaflet located in the rear pouch of the seat in front of you. There are many myths regarding the brace position and its effectiveness, with some people suggesting that it is to ensure that all passengers die to save on insurance costs. This is a load of tosh. The brace position has saved many lives in the past.

After the impact of a plane crash, the next thing you need to do is get off the plane, and quick. Fire and smoke count for a large percentage of crash fatalities, and so the quicker you get off the plane, the quicker you can breath in non-toxic air. It’s important to pay attention to any instructions given by flight attendants – they have been given training on how to survive these things, so they will know more than you (even if you have read my ‘how to survive a plane crash’!)

Get as far as possible away from the plane. Plane fuel is extremely flammable and burns at an incredibly high temperature. Get as far away as you can until the plane stops burning. If you have crashed in a remote area, it will be best to stay reasonably close to the plane to improve your chances of being found by the search party.

If you have seen the TV show ‘Lost‘ you will be aware that you need to be on the look out for:

Still feeling the fear? These pics will make you want to jump on a plane no matter what…