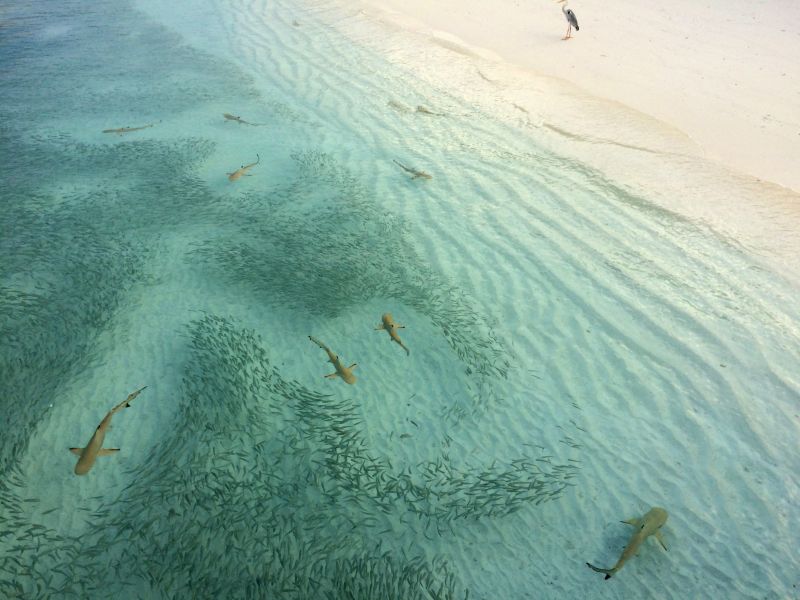 How to survive a shark attack

The year is 1975, the Conservatives have chosen their first woman leader, the UK has implemented the Sex Discrimination and Equal Pay act, and fear of a shark attack is at an all-time high thanks to the release of the film Jaws. But how do you survive a shark attack?

I don’t know about you, but when I go swimming in the sea the Jaws theme tune is on repeat in the back of my mind and I constantly expect to see a dorsal fin rise above the water and start circling me.

Each year sharks sink their teeth into around 100 people, and out of the unfortunate 100, 25-30 are killed. That means that roughly only one quarter of all shark attacks are fatal, so if you come across an angry great white, just remember that the odds are with you.

However, it can be hard to think of the positives when a 20ft-long beast with 3,000 teeth is gnawing at your leg, so here’s how you can ensure that you are in the three quarters who don’t end up as fish food.

Don’t venture into the water in the dark

Sharks are more active in the evenings, so if you want to avoid a shark attack stay clear of the sea at night. Don’t think that because it’s dark you are going to be less visible to a shark – they have a unique eye structure which allows them to see better in dim lighting so you have already given them an advantage. 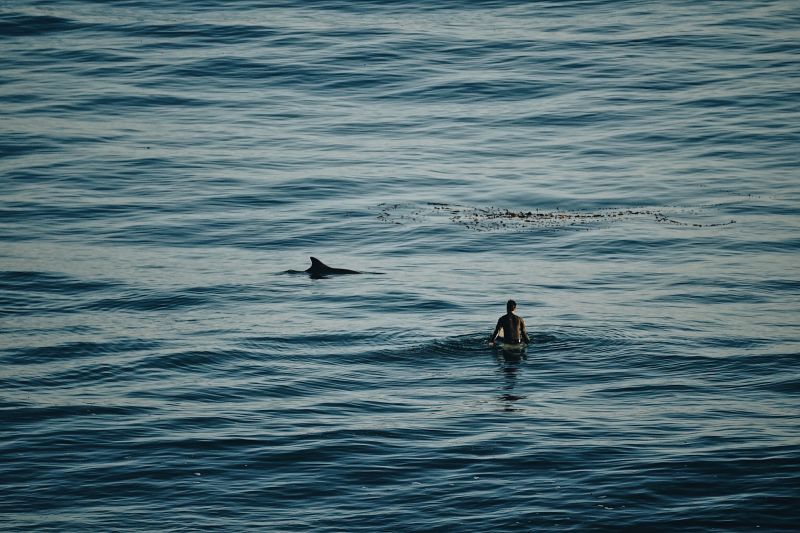 If you have an open wound

Sharks have an incredibly sensitive sense of smell and can detect one drop of blood for 10 billion parts of water. What does that mean? It means that a shark would be able to detect one tiny drop of blood in an Olympic sized swimming pool.

Luckily for us and Michael Phelps, sharks don’t often hang around in Olympic swimming pools. If a shark detects blood in the water it will home in on its location until it finds the source of the blood, which could be a graze on your knee, or a cut on your toe. 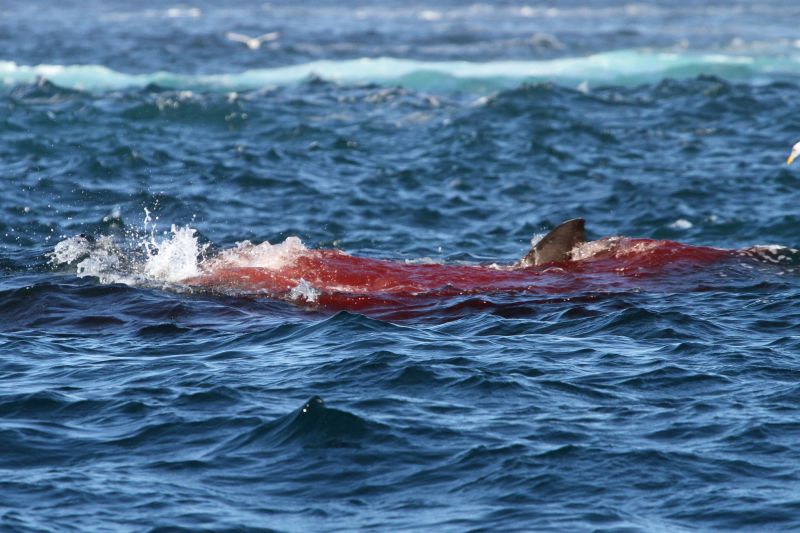 OK, so you know some ways to prevent ever encountering a shark, but what happens if after all your evasion techniques you still come nose to nose with one?

Apparently, out of 112 shark attacks in 2007, 20 of them were provoked by people. While calling a shark nasty names isn’t likely to agitate it, things such as touching it might. For instance, a recorded attack was the result of a diver grabbing a shark.

While it might seem like common sense not to irritate such a deadly animal (you wouldn’t try and ride an angry lion) the statistic above proves that there are people out there who lack a little something called common sense. 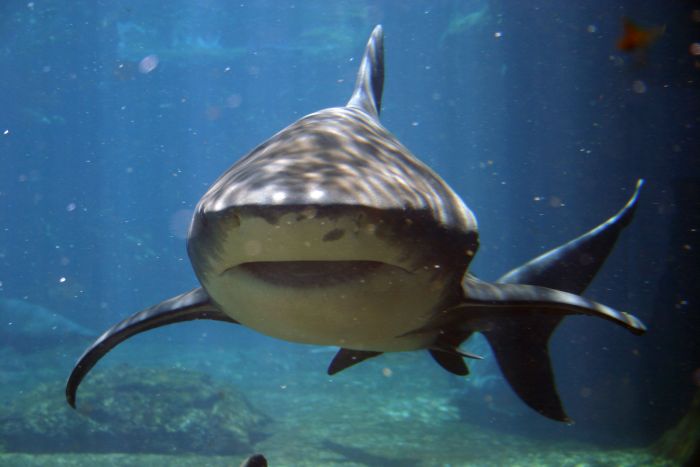 The Jaws theme is playing and you see the dreaded fin homed in on your position. Your heart’s racing, and you’re starting to panic, your legs and arms are flailing everywhere as you scramble to get out of the water. Stop. By doing the above you are going to end up as a nice easy dinner for Mr Shark. If you start flapping your arms around you will send out erratic vibrations which will be interpreted as startled prey. This is bad.

If you see a shark coming for you try to get your back against something – a reef or ocean wall is a good bet. It’s slightly harder to find something to back up against when you are in the open sea, so grab another swimmer if possible and stay back to back to cover all possible angles of attack. 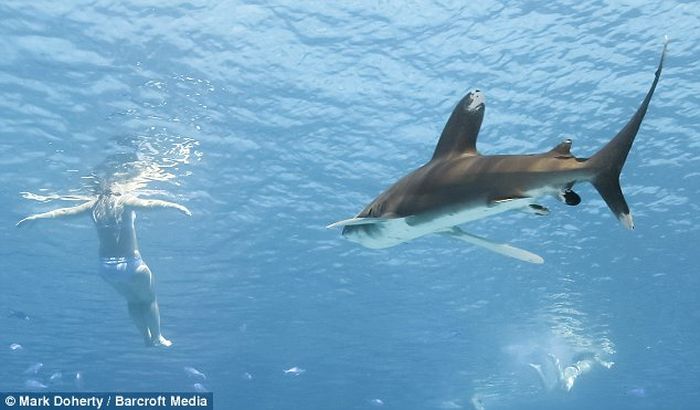 Playing dead with a shark will not stop it from attacking you. If the shark does make its move to attack, be as aggressive as you can. Punch it as hard as possible in its eyes or its gills as these are the most sensitive places on a shark. Even if the shark has you in its mouth don’t give up. If you hurt it enough it will back off, but remember the skin of a shark is very rough, so be ready to hurt your hands by punching it. If you are carrying any type of weapon, be sure to use it. 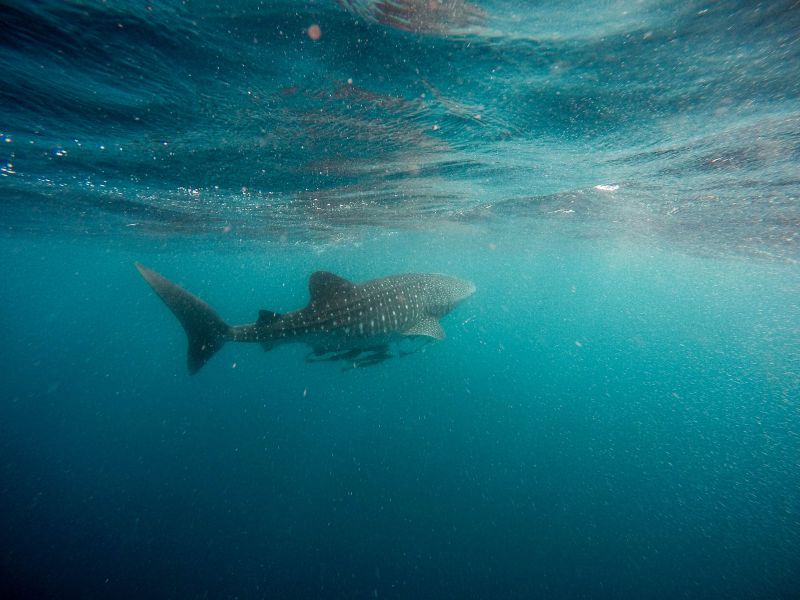 If you managed to fight the shark off be wary that the shark attack may not be over; a shark may still return to attack after it has retreated. If you are near the shore swim quickly but smoothly to get out of the water – again thrashing movements will trigger the shark’s predatory instinct. If you are near a boat, another bit of common sense, get on the boat and out of the water.

If you truly want to survive a shark attack, instead of taking an adventure to an Australian beach you might be better off exploring the streets of Dudley. On second thoughts, you’d probably be safer swimming with the sharks. 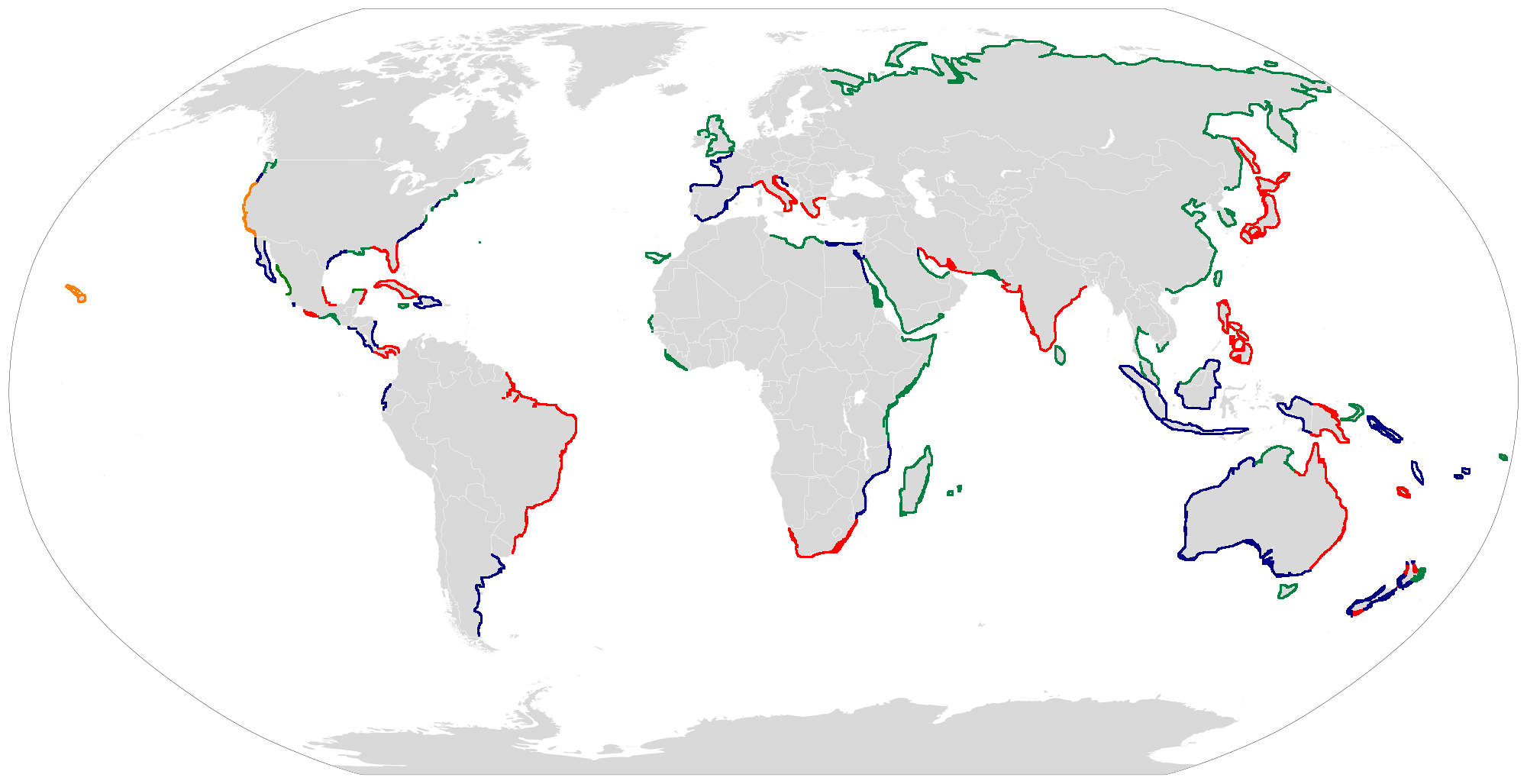 A map showing risk of shark attacks around the world. Red is high, blue is medium and green is low. Orange (in the US) is between red and blue.

And the five deadliest sharks are:

Sun protection: how to stay sun safe on an adventure
The adventure guide to spending 72 hours in Bavaria
7 of the best UK city walks
Type to search or hit ESC to close