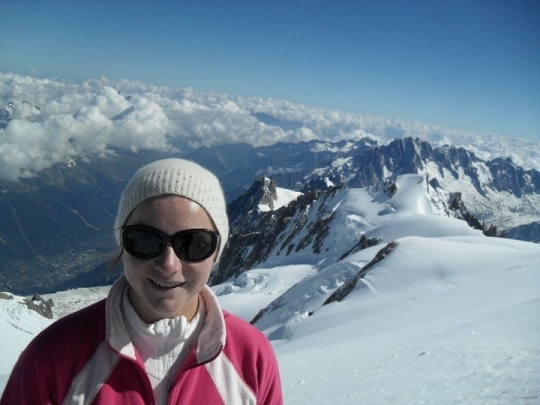 In 2012, Becky Bellworthy became the youngest British female to summit the highest mountain in the world, Mount Everest. After initially struggling to find sponsors for her expedition, delivery company DHL stepped up to provide the funding, giving the go ahead for the DHL Everest Expedition.

I talked to Becky back in 2011 to find out what made an average teenage girl from Romsey, Hampshire, want to climb the highest mountain in the world?

“I guess that I first realised I wanted to climb Everest when I was in Nepal on D of E,” says Becky. “The rest of the group had gone hiking but I had to stay in camp due to a pretty nasty viral infection. I was surrounded by these huge mountains and when I saw Everest I thought that was it, I wanted to climb it. I remember one of my friends saying to me that she couldn’t see why anyone would want to, but I did.

“I’d come from a normal family and was just an average girl in high school. I was the type that’d always come last in sports day. I’d never really achieved anything great, but when I saw Everest I thought, this is my chance.” 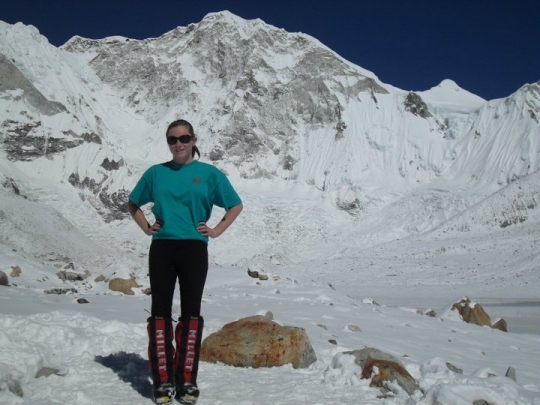 Becky goes on to explain how when she first came up with the idea, nobody took her seriously: they’d dismiss the claim and laugh it off. “At first people would laugh at me when I told them what I was going to do – even my mum laughed! Eighteen months on and now they can see that I’m actually going to go ahead with it, they’re just as excited as me, if not more!

“My mum has always supported me in my decisions, and this is no exception, but she didn’t think I’d be able to do it.”

It’s hard to imagine where to start when organising a climb up Everest, but Becky worked hard to find it all out. “I started researching [the climb] myself, using Google and the internet,” she explains. “I realised the true costs and difficulty of doing the climb and finding enough money, and I also learnt that I’d have to find some pretty big sponsors if I were to realise my dream.”

Fortunately for Becky she’s had the guidance of past Everest summiteers. “I had some help from Bonita Norris (once youngest British female to summit the mountain) and Rhys Jones (once youngest person to climb the seven summits). Bonita was a huge inspiration to me. When I found out about her and how she had a background similar to mine it was amazing and definitely motivated me more. Actually meeting her and becoming friends with her has been amazing.”

Preparation for climbing Everest isn’t all in the admin and sponsorship hunting though. You’ve got to be in top condition, and Becky’s hopeful that she is. “I’ve done all I can, I’ve pushed myself to the absolute limit. That’s how you improve. I’ve been training for 18 months now, hopefully that’s enough to get me to the summit.” 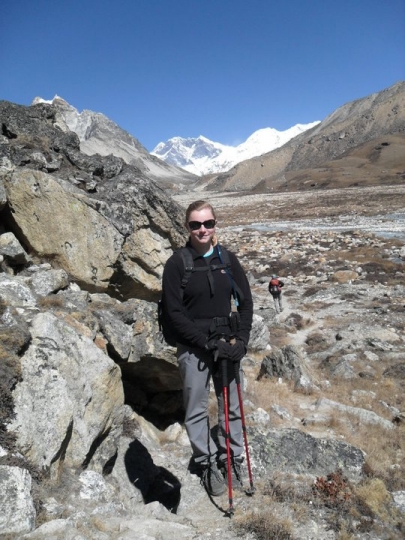 It’s not all about physical fitness though. “It really is a 50% physical and 50% mental challenge. I’ve been focusing not just on getting fit enough for the climb, but also getting mentally strong enough. My training has helped me push myself to the extreme. I do a lot of running and adventure races, and I need to be mentally strong for them.”

However, she’s still adamant that raising the funds is a lot harder than exercise and mental preparation. “The hardest part of organising this climb is sponsorship without a doubt. It’s been a full-time job for me for the last year or so,” she explains, going on the say that she spent her whole gap year trying to find sponsorship. “I’ve found myself staying up till 3am in the morning banging out emails to potential sponsors. I actually doubted whether this trip would go ahead because it’s been so hard trying to get them.

“I became so desperate for sponsors that I ended up Googling senior email address and sending out sponsorship proposals to each email address I found. It’s funny because DHL was the last company I contacted but they liked what they saw and they’ve decided to sponsor the expedition”

She’s a little secretive about the amount DHL have sponsored though. “It’s not really my place to reveal this publicly”, she admitted when asked how much the delivery company had provided, “but they are funding an all-inclusive expedition.”

Just how much is an all-inclusive Everest expedition though? “It depends on which side you summit from, but for me, from the Nepalese side, it’s about £50,000.” I ask if she can break that down into individual costs. “Peak fees are £10,000, then insurance to climb is £700, which is cheaper than it costs to insure my car! The main cost though, is simply logistics, so getting a few tonnes of food to base camp, all the fuel, the tents.

Equipment is expensive as tents are rarely usable more than once since they get wrecked in the high winds. There’s also wages for the sherpas, porters and cooks. Oxygen is costly. Each team has to contribute to the fixing of the ropes on the mountain – that requires a lot of very expensive rope and some very qualified Sherpas! A lot of my budget was dedicated to communications though, so using the satellite phone and internet during the expedition to post updates on my progress. Another large chunk of it was guiding fees for Rob Casserley. It all adds up!” 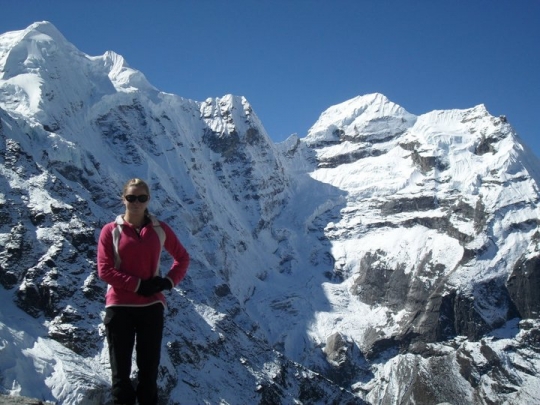 Rob Casserley? “I’m going to be climbing the mountain with the climbing company Ice 8000, which is owned by Henry Todd, I’ll be guided by seven-time Everest summiteer Rob Casserley.”

You’d imagine that the whole climb of Everest would be dangerous, but she seems calm. “In a way it’s a big part of it, but for me it’s about taking calculated risks. One of my favourite quotes comes to mind: ‘Life has a flavour the protected will never taste’.”

I ask Becky what she thinks about the commercialisation of Everest, and whether it’s getting too accessible.“You do get people out there who are incompetent in terms of experience but they want to climb Everest,” she says. “They end up putting not just their own lives at risk, but also the lives of the Sherpas and climbing companies. I came from nothing, I don’t have a background in mountaineering but I don’t want to be someone who’s just been pulled up Everest by their guide. It’s true that Everest is getting commercialised but it’s still the highest mountain in the world and it still has its difficulties.”

In climbing Everest, Becky’s hoping to raise money for the charity Depression Alliance. “I do a lot of charity work outside of mountaineering, mainly working with people with mental illnesses, something that’s quite rife in the world but also something that doesn’t get as much attention as it should do,” she explains. “I know a lot of people with mental illnesses and their problems are often overlooked. My climb isn’t necessarily about raising a big sum of money for them though, it’s more to do with raising awareness.”

So there you have it – from an ordinary school girl who was constantly coming last at the school sportsday, Becky Bellworthy’s turned her life around. If her summit bid is successful, then she’ll prove that even the ordinary can do extraordinary things. But what’s she going to do after Everest?“I’m not too sure really! I’d like to focus more on the technical side of climbing, I’d like to do some more climbing in Scotland and maybe some more peaks in the Alps. I’m also toying around with the idea of swimming the channel next year, and if I do that I’ll become the first woman to have climbed Everest and swum the channel. Only three men have ever done that.”

And any last words of advice for wannabe Everest mountaineers? “Don’t give up until the last minute!”

Bear Grylls reveals his 10 favourite adventures in Britain
Video of the week: Scotland like you've never seen it before
5 awesome alpine treks for beginners
Type to search or hit ESC to close