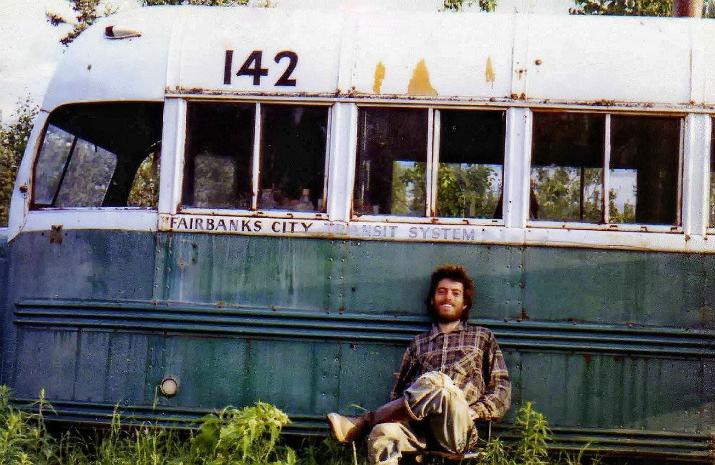 Jon Krakauer, author of the best selling book Into The Wild, has verified the cause of death of Christopher McCandless, the man who the book is about.

Writing in a recent blog post for The New Yorker, Krakauer verified the cause of death of Christopher McCandless, the 24-year-old who’s body was found on September 6th 1992 after he spent 112 days in the Alaskan wilderness. His official cause of death is starvation (when his body was found he weighed just 30kg), but why he starved has remained unclear.

In the book Into The Wild, Krakauer suggested that McCandless passed away due to toxic alkaloids in wild potato seeds (a conclusion reached, in part, thanks to an extract from his journal: “EXTREMELY WEAK. FAULT OF POT[ATO] SEED. MUCH TROUBLE JUST TO STAND UP. STARVING. GREAT JEOPARDY.”) However after the seeds had been analysed the theory was discredited due to the study finding no alkaloids in the plant at all.

It was only recently, however, that Krakauer stumbled upon the research of Ronald Hamilton who, interestingly, had concluded that a neurotoxin in potato seeds, Oxalyldiaminopropionic acid (known as ODAP) was responsible for the degenerative disease lathyrism, which causes paralysis.

It is now believed that McCandless died after becoming incapacitated and unable to forage for food due a neurotoxin in wild potato seeds.

Following on from this discovery Krakauer sent a sample of the seeds for testing and discovered that they contained a concentration of ODAP “well within the levels to cause lathyrism in humans.”

Furthermore, it had been noted that individuals suffering from malnutrition, stress, and acute hunger are particularly sensitive to ODAP, and are “thus highly susceptible to the incapacitating effects of lathyrism after ingesting the neurotoxin.” At the time of his death Christopher McCandless would have matched the profile of someone most at risk of ODAP poisoning.

Krakauer goes on to conclude that McCandless died as a result of becoming incapacitated after eating these toxic seeds. “Hamilton’s discovery that McCandless perished because he ate toxic seeds is unlikely to persuade many Alaskans to regard McCandless in a more sympathetic light, but it may prevent other backcountry foragers from accidentally poisoning themselves.

“Had McCandless’s guidebook to edible plants warned that Hedysarum alpinum seeds contain a neurotoxin that can cause paralysis, he probably would have walked out of the wild in late August with no more difficulty than when he walked into the wild in April, and would still be alive today. If that were the case, Chris McCandless would now be forty-five years old. “