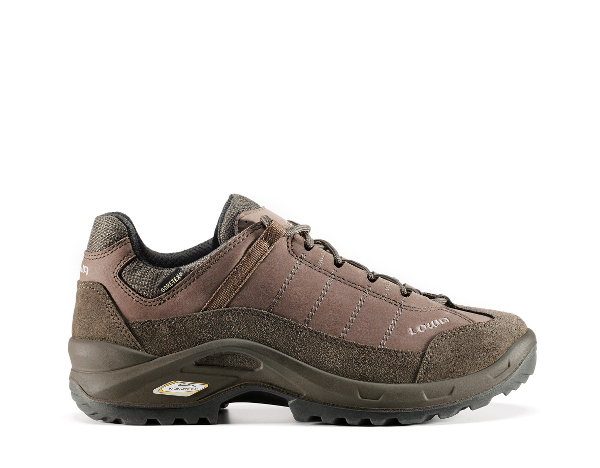 The Lowa Tosca GTX Lo looks like a lovingly crafted shoe, but how does it fare on the trail? Bryn Davies finds out…

My old man used to say that whenever he picked up a pair of Lowa shoes or boots he’d have visions of an old craftsman dressed in overalls paying meticulous attention to the construction of a pair of shoes that will last a lifetime. I can see where he was coming from with that. These shoes are made in Slovakia and they’ve got quality stamped all over them, unlike some of the mass produced in the Far East products we see on the hills these days.

The Lowa Tosca GTX Lo is an example of skilled manufacturing: even the fine detail like the gluing looks like it’s had time and attention paid to it. There’s a Gore-Tex lining and the Tosca uses Lowa’s own Monowrap sole, which has good tread and will serve you well on both rock and mud.

The midsole provides enough lateral support for tough walking on difficult terrain while still allowing enough forward flex for everyday wear. The Tosca also impresses is in its comfort, which is provided by the shape of the footbed. The shoe supports your foot and almost cradles it, giving the wearer a very pleasant and comfortable fit; I could happily see myself using these shoes on multi-day hikes.

The heel cup provides enough support to stop your foot from slipping and rubbing, which is great when it comes to blister prevention. At the front there’s little protection for your toes, but this can be expected from shoes that offer the amount of comfort that the Toscas do.

The Lowa Tosca GTX shoes really are fine pieces of footwear. They’ve been manufactured with care, and by the looks of it they’ve been put through some tough quality control assessments before being released to the customers which is great to see. The result is a comfortable, supportive shoe that’ll last you till your death-bed.