British mountaineers Mick Fowler and Paul Ramsden have achieved the first ascent of Kishtwar Kailash in the Indian Himalaya.

Fowler and Ramsden reached the summit of the 6,451m on Thursday 9th October, becoming the first people to climb the highest mountain in the East Kishtwar region. They summited by a route on the mountain’s dramatic south west face.

In 1993 Fowler spotted the mountain while on an expedition to Cerro Kishtwar. A photo he took from the summit showcased a striking peak that would be a great challenge for an exploratory mountaineer. A year after Fowler spotted the peak the area was closed off to mountaineers, hampering any plans he may have had to climb it. It wasn’t until the area was re-opened last year that Fowler finally had the opportunity to put together an expedition. 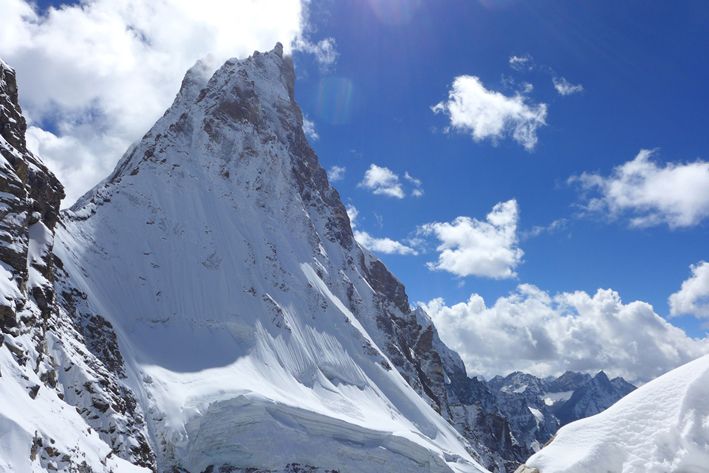 “There is no easy way up Kishtwar Kailash and Paul and I are extremely happy that we managed to make the first ascent via the dramatic south west face,“ commented Mick Fowler. “After acclimatising, we left base camp on 4th October and, following an open bivouac at 6,200m, got to the summit during the morning of 9th.  The descent was almost entirely by abseil down the line of ascent.  We managed to descend a fair way on the summit day and completed the return to base camp by a very long day on 10th.

“It was a great route, with spectacular situations and varied climbing up to Scottish VI.  The outcome was in particular doubt on day four, which involved several very hard mixed pitches up a couloir cleaving monolithic walls.”

6 apps that will revolutionise the way you travel
An extraordinary adventure on St Helena Island, South Atlantic Ocean
Adventurer finds unclaimed land in North Africa and declares himself 'king'
Type to search or hit ESC to close