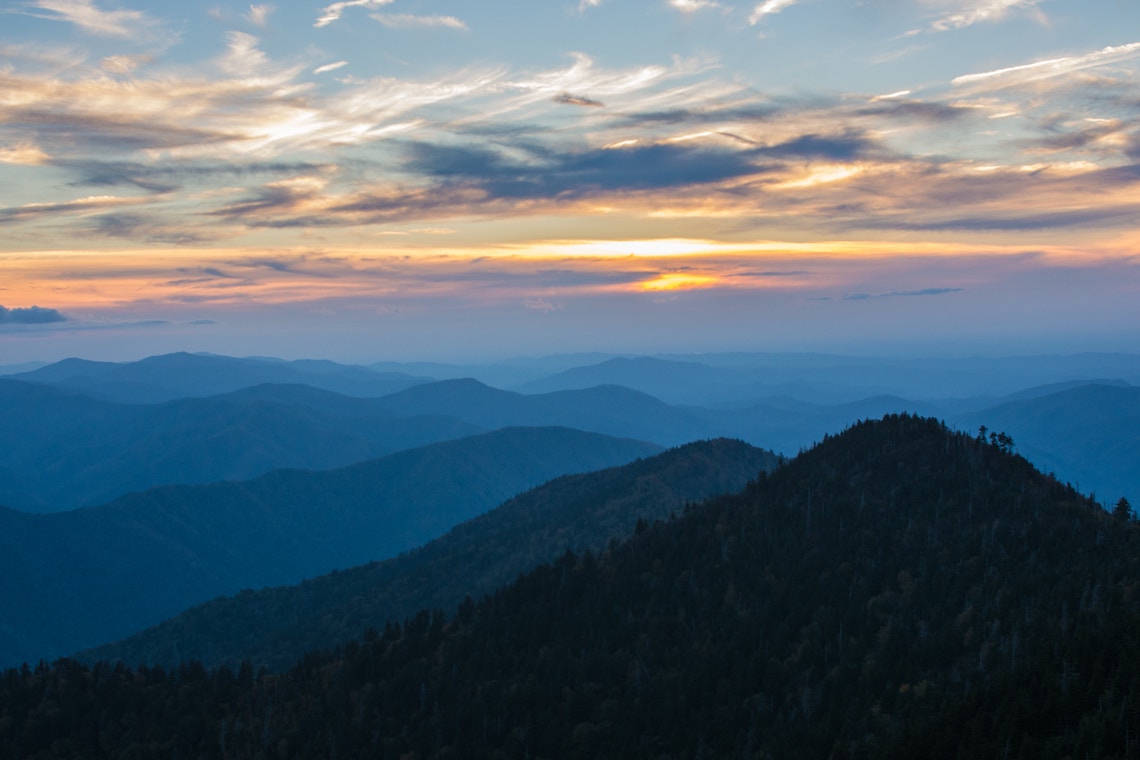 A spine-tingling encounter in the Great Smoky Mountains 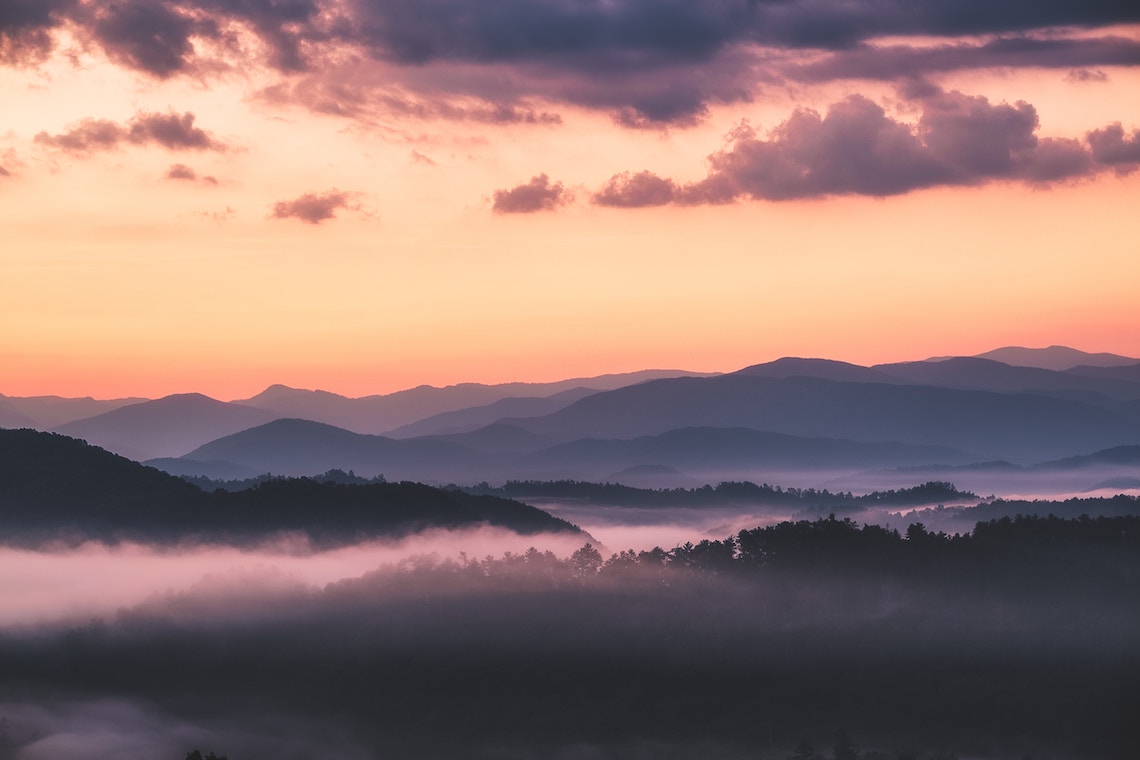 Something I learned a while back when hiking through the wilderness in the USA: the deeper you forage into the outback, the closer you are to encountering something alarming or bizarre.

I was on my seventh night in the Smoky Mountains when I came across a three-sided hut. It was in a shaded hollow quite a way off the trail, about 40 miles from the nearest roadhead and way off the beaten track.

Suddenly, I heard these voices coming down the trail. Six guys from Knoxville appeared from the undergrowth. They were on their annual trip to the Smoky Mountains and were surprised that I’d found the campground.

These guys were up in the hills for a great time. They had loads of food and a case of Jack Daniels, which they were keen to share. We got a campfire going and got stuck into the JD. Before long we were half a bottle down and all best mates, life was good… and then we heard the noise. It was impossible not to…

Dusty’ was around 6ft 7in tall and he must have weighed about 20 stone. He came out of the bushes wearing a back-to-front baseball cap, denim jeans cut off just above the knee, and this filthy sleeveless shirt, which left the full, mighty power of his arms on display.

He had what I call that whiff of sulphur about him; he looked dangerous and everything in me, every nerve and instinct, told me he was, too.

This huge man strode into the campsite like he was walking into an empty room. His head was dipped down. He couldn’t have been able to see much further than two feet ahead of him. He settled himself down on a large rock about 15 feet away.

His back was simply enormous, the kind of lats you could only get from years of heavy-duty gym work. And he just sat there. No greeting, no eye contact, nothing. He didn’t acknowledge us at all. The atmosphere was heavy. I mean, it was tense… 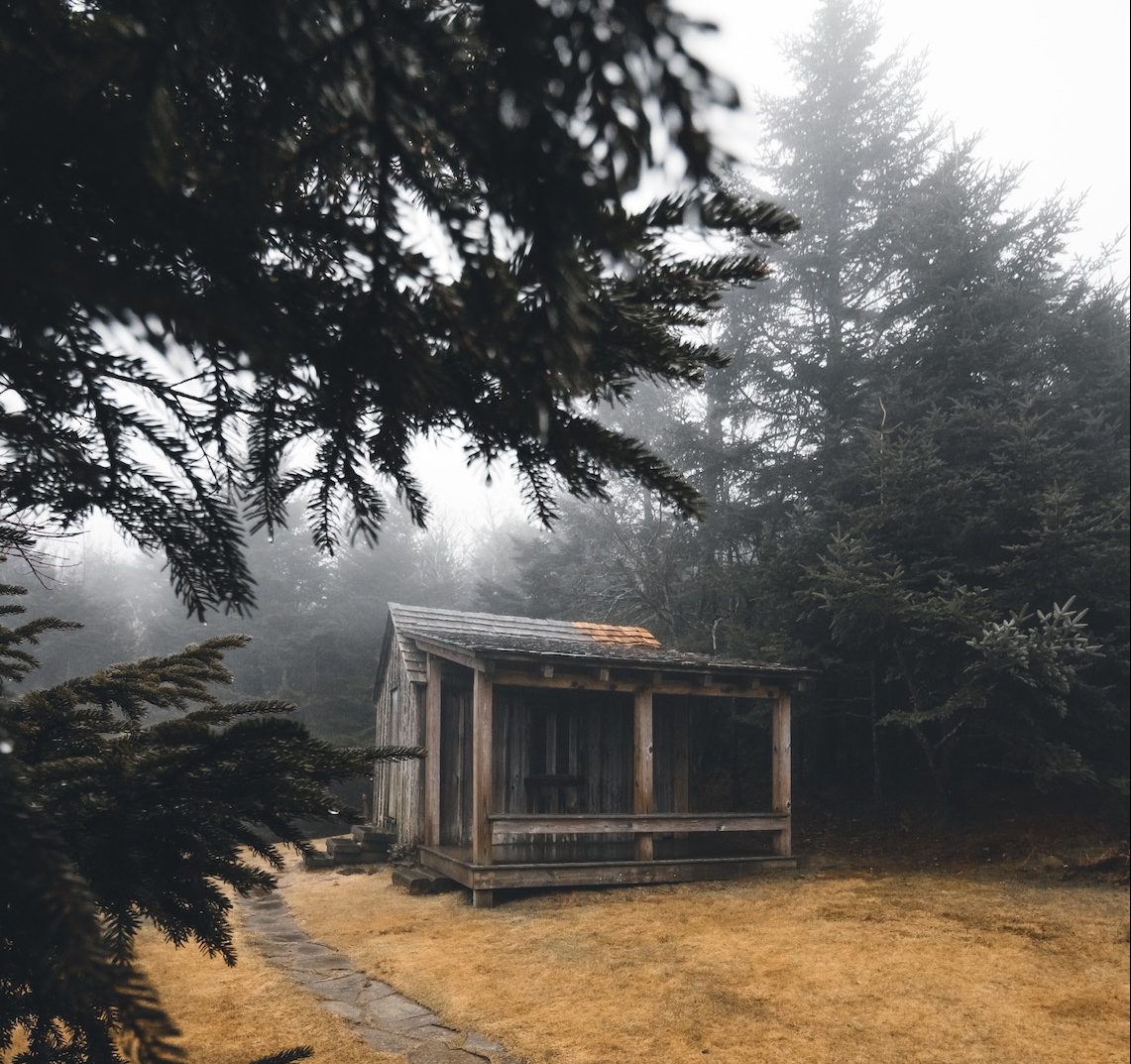 I could see a look of fear building in the eyes of my drinking buddies. Who was this enormous, hulking, silent man? And what was he doing so high up in the cold, wet Smoky Mountains wearing nothing but jeans and a ripped shirt?

Dusty just sat there with his head bent forward, propped up in these huge hands. He kept shaking every few seconds from head to foot, like he was entering hypothermia. It’s quite possible he was with the air so damp, and the temperature dropping, and the fact that he wasn’t dressed for the mountains.

Suddenly, without warning, one of the guys stood up and walked over to him. He asked if he was okay, but Dusty didn’t respond. He asked if he would like a hot drink. Still no answer. Instead he just pulled off his daypack and took out two cans of beer, which he drank in silence, shaking more manically by the minute.

As the man from our group walked back over with an unnerved look on his face I had no doubt that Dusty would reveal a sinister side as the night wore on. Our drinking buddy motioned for us to huddle together and suggested setting off to a mountain ranger’s hut that was a couple of miles back down a side trail while the rest of us gathered firewood.

Usually, I’d have said this was overkill. I mean, there were seven of us and only one of him, and this mountain of a man hadn’t even spoken to us, let alone made any threats. But on this occasion, the thought of an armed mountain ranger arriving at the camp within the hour brought me nothing but relief.

Once we’d got the fire going again, the heat and light caught Dusty’s attention. He rose to his feet, walked over, and planted himself on a nearby log, surveying us all with dead eyes before he introduced himself.

Within five minutes he’d told us how he’d lost his wife in a car crash four days ago, his mother had been killed by an armed robber the month before, he was a special forces veteran from countless wars, he was a champion rodeo rider, and he’d walked to this campsite near the Appalachian Trail all the way from Alaska.

There was zero doubt Dusty was mentally unstable and delusional. But the deep scars on his arms and face suggested something far more menacing…

Time stood still as Dusty went on to tell us how his two children had been kidnapped and murdered, his brother had been killed in Iraq, his house had been burned down by the FBI and his new car stolen by local gangs.

I can’t describe the feeling I had that night while sitting at a campfire in the middle of the Smoky Mountains, far away from anywhere with a delusional colossus of a man describing a series of brutally violent events.

The sense of relief as the ranger walked into camp was palpable. He took Dusty aside and began to question him. After a short while he told us he wasn’t happy with what he’d heard but would need to return to his hut and use the comms before he could do anything more.

Within 10 minutes of the Ranger leaving, Dusty fled the camp. None of us slept that night. When the ranger returned before sun-up he told us he’d received disturbing news about Dusty and a search operation was being organised.

Later that afternoon, I turned off the Appalachian Trail for a small campground. As I approached the shack, I saw an older man and young girl sitting uncomfortably close to each other. They both looked terrified. Call it instinct, but I knew what the cause would be and sure enough, as I walked closer to the hut I could see Dusty towering over them and hear him reciting how all his family had recently died violent deaths.

He turned to face me as I approached, and without thinking, I looked him in the eye and said: “You need to move fast, the police are following just behind and they are looking for you.” Every nerve in my body felt like there was an electric charge gushing through as I raised my voice and forcefully said: “Leave now.”

To my surprise, and the serious relief of the man and young girl, Dusty took off from the hut in the opposite direction. “Thank you,” they said, and both of them hugged me in relief. “How far away are the police?” they asked. “I’ve no idea,” I said, and explained to them what I did know. “I thought he was going to kill us” the young girl said.

We later found out that there were five outstanding arrest warrants for Dusty (not his real name), the most serious being suspected murder.

Have you got a tall story from the trail that you want to share? Whether it’s being stalked by bears in the American wilderness or encounters of the third kind in the Berwyn Mountains, our newsletter subscribers want to hear it. Get in touch with [email protected] to submit your tale.