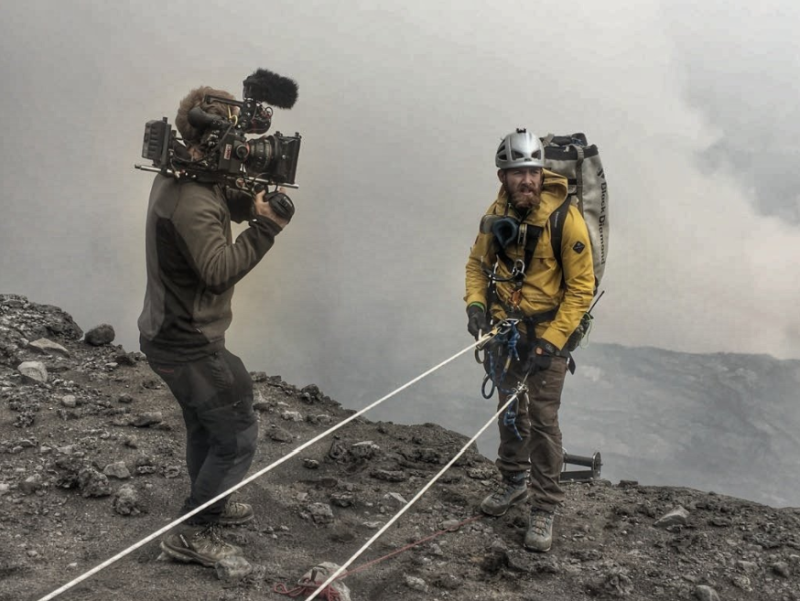 As an adventurer and former Royal Marines Commando (oh, and absolute bad ass), you can be sure 39-year-old Aldo Kane has seen his fair share of dangerous moments. Yet, as he abseiled into the world’s deadliest volcano, the mighty Mount Nyiragongo in the Democratic Republic of Congo, for a new two-part BBC documentary called Expedition Volcano (airs at 9pm on Sunday 25 November), his heart must have been beating out of his chest.

He led the expedition, which included an international team of scientists, geologists and a film crew, for more than two weeks as they lived beside a lava lake inside Mount Nyiragongo, dubbing it one of the most dangerous places to camp in the world. Kane and his three member team abseiled over 3,000m into the volcano to set up camera equipment and rig over two miles of ropes for the scientists and film crew.

After leaving the military, Kane set up his own risk management company named Vertical Planet. His company offers a dedicated service for film and television crews and has seen him work with stars such as Tom Hardy and Henry Cavill. He’s described this latest project for the BBC as being right on the edge of his tolerance for risk.

Every day on the two-week expedition proved to be risk on Kane and the crew’s lives, as the merciless crater had plenty to throw at them such as lava bombs fired from vents and burning rock falls each time the volcano erupted. The crew also had to battle with poisonous gas clouds, meaning they had to wear gas masks most of the time to protect themselves.

Low flying recce. Keep your eyes open later this month for #JungleVolcano on BBC 2, an epic adventure in to both this and Nyiragongo Volcano pic.twitter.com/HIWfd3obKP

They also had to sleep wearing gas monitors because enormous clouds of CO2, heavier than the oxygen, would creep across the ground at night which could have killed them in their sleep. The scientists were collecting data on the volcano in hope to create an early-warning system to alert locals to any eruptions, which would allow them to escape before the lava flow could reach them.

Expedition Volcano is a two-part documentary on BBC Two, which starts at 9pm Sunday 26 November and concludes the following Sunday (3 December).