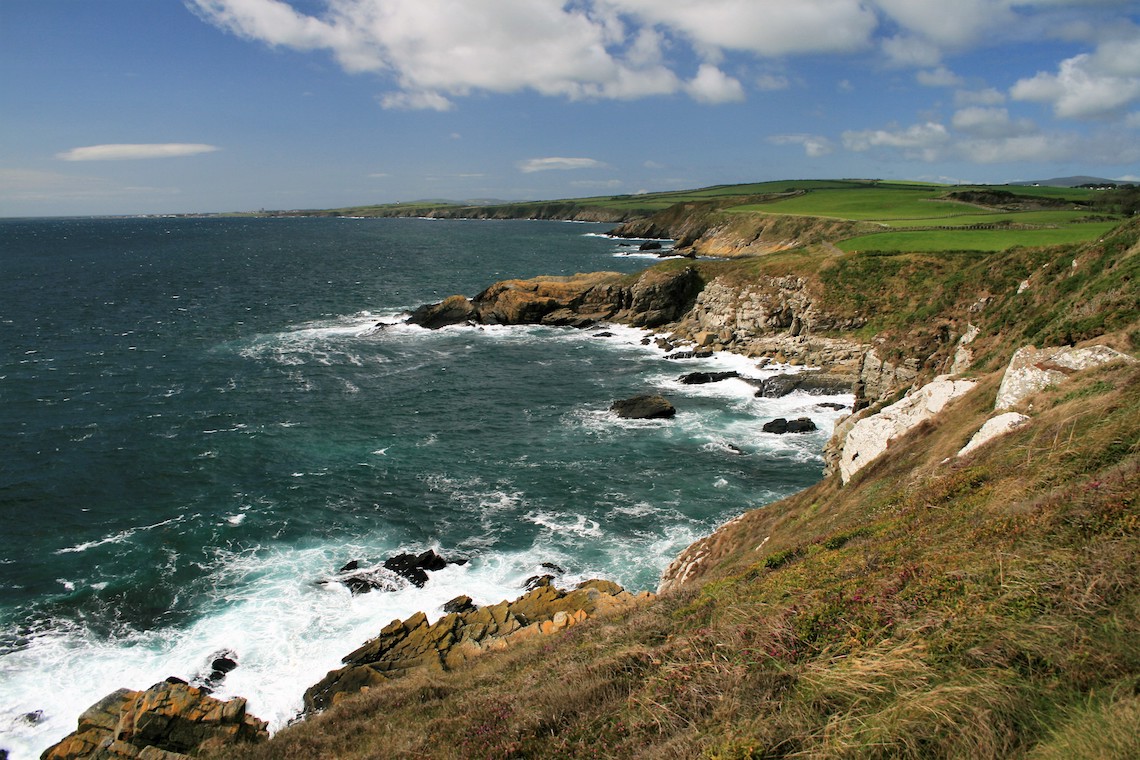 UK Adventure: Walking Isle of Man’s Way of the Gull

Having walked the Isle of Man’s premier long-distance footpath, the Way of the Gull, Stephanie Cooke picks out her favourite, weekend-friendly section…

The Isle of Man is arguably best known for motorcycle racing, but it is also a great destination for hikers. The island offers many scenic trails, the longest being the 95-mile coastal path known as the ‘Raad ny Foillan’, Manx for the ‘Way of the Gull’.

The 42-mile section from Douglas to Peel offers some of the most spectacular scenery and makes a challenging weekend break.

The Raad ny Foillan is well signed, with a wooden signpost marking the start by a swing bridge next to the harbour. Climbing steeply out of Douglas, we paused to catch our breath at Douglas Head with the town and port spread below us. 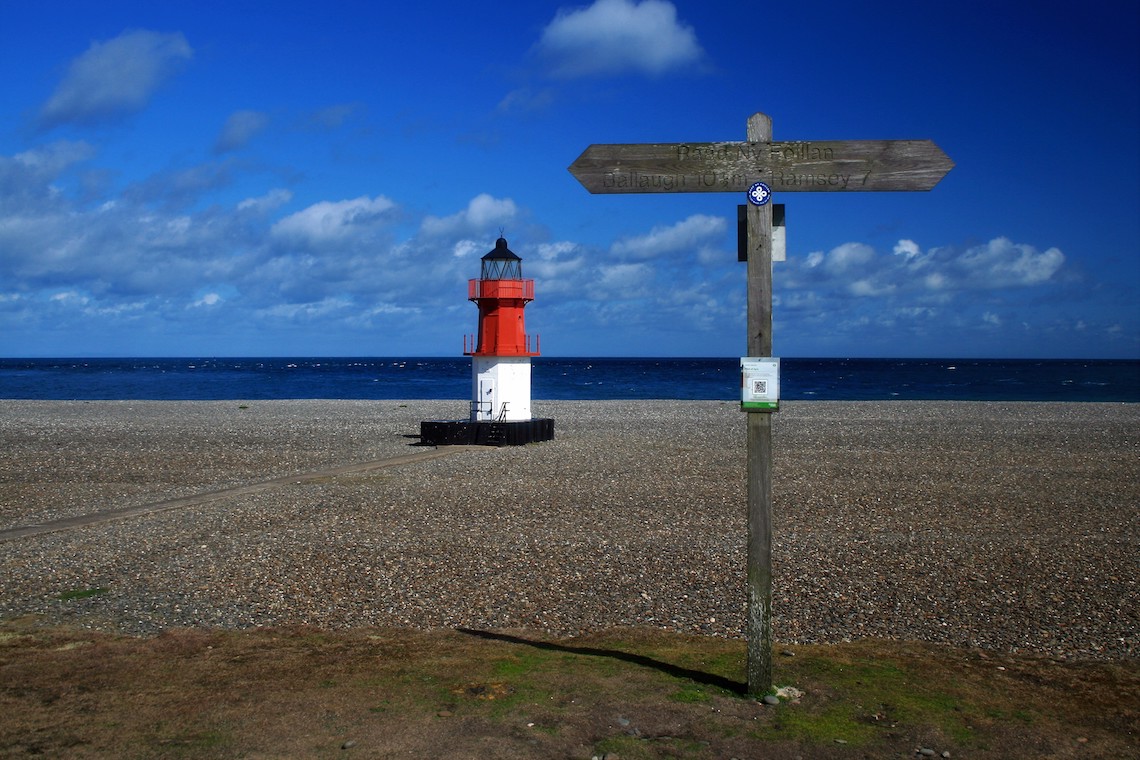 A quiet road – Peel Drive – took us gradually downhill to the secluded rocky cove of Port Soderick before following a narrow path which wound its way above high cliffs. Meanwhile, the sound of waves crashing onto the slick, treacherous rocks far below us echoed around. We passed the airport to reach Castletown, dominated by the remarkably intact brooding medieval fortress of Castle Rushen.

Out of Castletown the path became flatter, heading for Port St Mary and our bed for the night, where we experienced the island’s legendary hospitality, as our hosts eagerly invited us to join in a family karaoke party. I found myself literally singing for my supper after a couple of large glasses of Prosecco!

Feeling rather tired the next morning, we rounded the undulating peninsular which separates the towns of Port St Mary and Port Erin. This is one of the most popular sections, but today we had it mostly to ourselves. The path climbed high above cliffs and huge pillars of rock known locally as the Chasms, before plunging towards the Sound where we had clear views over the Calf of Man, the Isle of Man’s ‘baby’ island. Some easy scrambling saw Port Erin come into view in a sheltered bay, where we eagerly refuelled with hot pasties for the tougher walking ahead. 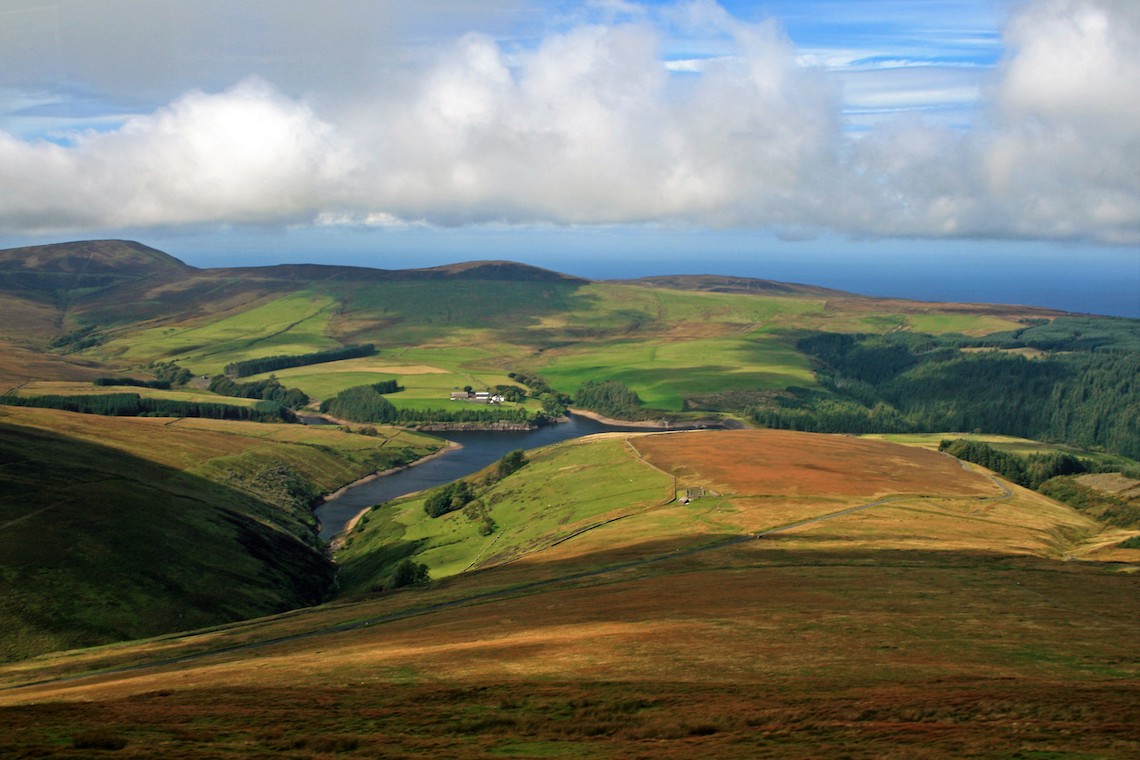 A climb onto Bradda Head warmed the legs and lungs nicely for the ascent of Cronk ny Arrey Laa (Hill of the Night Watch) which, at 437m, is the highest point on the Way of the Gull. The views over the island would have been spectacular, but sadly the cloud had dropped and the rain started in earnest so we faced a wet trudge into Peel, where we celebrated with a rather soggy bag of chips eaten in the rain.

The Way of the Gull: How to do it

There is a regular ferry service to Douglas from the mainland, plus direct flights into Castletown. Buses run regularly between Douglas, Castletown, Port Erin and Peel, while hotel and B&B accommodation is plentiful. We used the Cicerone guide for the Raad ny Foillan with OS map Landranger 95.

Click here to find out more about the different sections of the Way of the Gull, with itineraries and maps to help you plan your adventure.