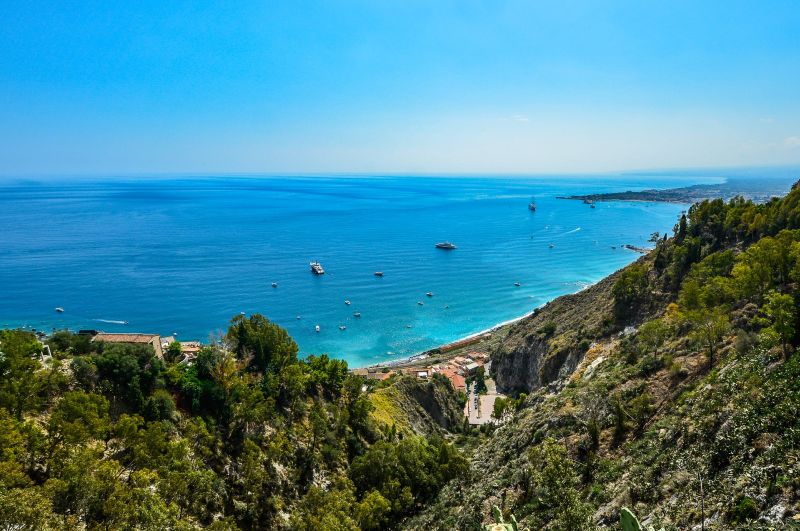 The largest island in the Mediterranean Sea, Sicily is an autonomous region of Italy which is set just beside the toe of its boot. From the smokey craters of the famous Mount Etna to the small tranquil beaches hidden along its coast, Sicily is just full of natural wonders for adventurous travellers to discover and explore. The island is also overflowing with enchanting culture and architecture such as ancient Greek temples and impressive Norman churches.

The Island is situated on the same latitude as the North African coast, which is what gives Sicily its exquisite mild climate, therefore, you can visit the island with the prospect of sunshine throughout most of spring right the way through to autumn. When things really start to heat up in the summer, you can rely on the fresh sea breezes in the coastal areas to take the edge off. 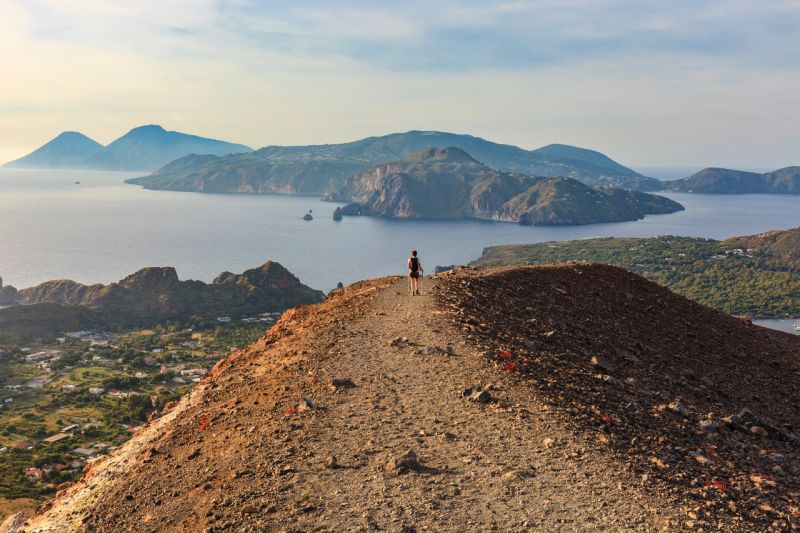 If you’re taking a trip to Sicily, you simply must visit the Aeolian Islands. A breathtaking cluster of eight inhabited, volcanic islands just off the northern shore of Sicily. These islands are an incredible tribute to outstanding natural beauty and boy, do they offer some seriously epic hiking opportunities.

Vulcano Island is the southernmost island of the eight Aeolian Islands. It’s home to enormous gaping craters and black volcanic landscapes, and with the island’s highest point being 499m above sea level, it rewards hikers generously with staggering views of the surrounding islands on the horizon. Its most popular hike is the roughly two and a half-mile climb up to Fossa di Vulcano, which is a moderate hike to an elevation of 391m. The hike up to the crater itself should take you around an hour or so to reach the highest point of the craters rim.

The barren volcanic landscapes are so out of this world that it’s not hard to imagine that you’re not walking in Italy, but in fact, of the lands of Mars. There are many wonderful viewpoints along the way, but as you hike further towards the top, you’ll be met by the sight of the thick smoke clouds. They bellow out from the giant smouldering crater, which has deep and fiery orange tones to its surface. From the top, you can count on sensational views that pour out across the shimmering deep-blue Mediterranean sea. 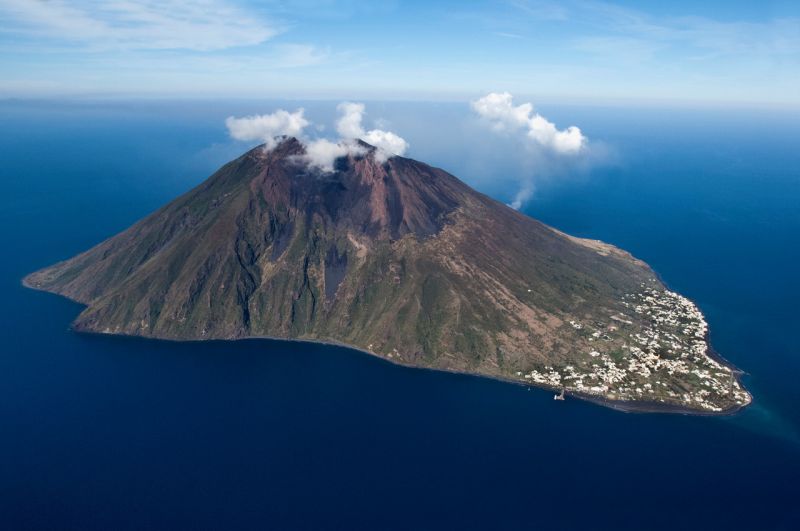 A fantastic one for you to do for sunset is this 4.9-mile hike up to Stomboli’s 924m summit, which will take hikers around five or six hours to complete. After walking through fascinating green plant life at its base, the trail gradually dissolves into a dense black volcanic scene. As you continue further up and as the sun starts its sleepy decent, you’ll catch the periodic eruptions of smoke, which are ferociously lit by fountains of fiery red and orange lava that spout up and then ooze down the rocks below.

If you manage to get yourself to the summit for sunset, you’ll be seduced by the panoramic delight of all seven surrounding islands, draped in soft pinks, oranges and reds. As the sun starts to disappear into the hazy ocean below and the light begins to burn out, don’t be tempted to turn your head torch on just yet. As your eyes start to adjust, the dark sky will reveal a blanket of billions of twinkly stars blinking back at you, and that stretch out to every far corner of the sky. As you finally make your descent back down to civilisation, the moon will start to glitter on the waters below as you follow the sparkling lights of the island’s town. It’s a magical and very atmospheric hike which is sure to etch an everlasting imprint on your memory.

When it comes to cycling in Sicily, it doesn’t get much better than peacefully peddling the region’s coastal roads. These beautiful roads hug the vast rocky cliffs, snake and twist around tantalising bends, and offer cyclists nothing but sublime views that stretch out over the vividly turquoise waters of the Mediterranean sea.

A great route that many travellers are unaware of is the Sustainable Interregional Bike Tourism project’s (SIBT) route from the town of Trapani to Siracusa. This route is easy to follow due to clear sign posts and will take you mostly through quiet roads, which should have very little traffic, there are even some cycleways en-route too.

This enjoyable route is around 370 miles long and takes you past some of the most spectacular Sicilian sights on offer. These include the spectacular Scala dei Turchi white cliffs, the vast sand dunes of the southern coast and some of the best white sandy beaches in the region. There are also plenty of other charming spots that are perfect for taking a pit stop, so pack a lunch, soak in the glorious views and don’t forget your camera!