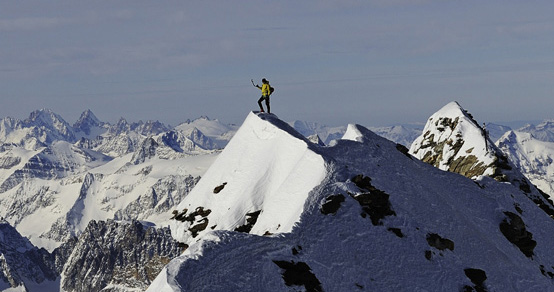 Video of the week: Insane solo speed ascent of the Eiger

In 2008 Ueli Steck climbed the Eiger via the north face in an insanely impressive time of two hours and 47 minutes, breaking the speed record at the time and cementing his reputation as a mountain legend.

While the speed record has since been broken by Dani Arnold, who managed to shave 19 minutes off of that time, it’s important to note that Arnold used fixed ropes to assist in his summit attempt whereas Steck free-climbed the entire route.

The route is not easy by any standard which is why it’s so impressive that it was scaled in such a quick time completely unassisted. The north face has been known throughout history for the challenges it causes climbers and it has claimed many casualties over the years.

The video below documents Steck’s attempt and it is astounding to watch as a pair of ice axes and crampons are the only things stopping him from fallen to certain death. It may be worth avoiding if you have vertigo, otherwise, enjoy!

If you enjoyed that how about checking out our last video of the week featuring some amazing dive footage of two guys swimming with and feeding tiger sharks!