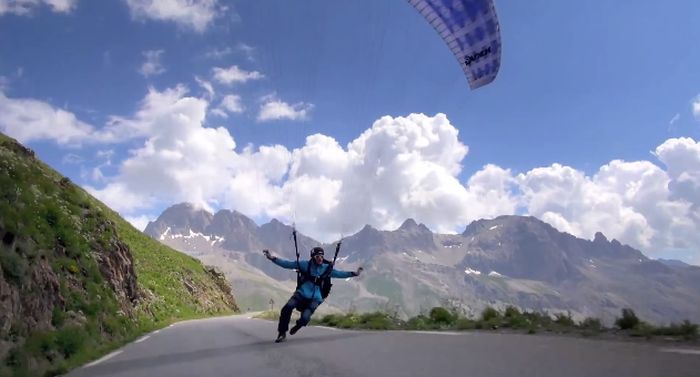 This week’s Video of the Week is a short film demonstrating the beauty and awesomeness of paragliding. If you’ve ever participated in the sport then it’s likely you’ve done so with a man (or woman) strapped to your back and you’ve had a nice, leisurely flight when you’ve been able to marvel at how relaxing and therapeutic riding thermals is. Your views on paragliding are likely to change after watching Touch, though.

The pilot and film editor, Jean-Baptist Chandelier, seems to be able to perform miracles with his canopy and some of the manoeuvres and shots are absolutely incredible, the precision he shows as he glides along a mountain road (his feet literally centimetres off the ground), lands on top of a coach and skims the surface of a pool is breathtaking. And it all takes place with some stunning back-drops.

Visually the film is superb and the soundtrack is fitting, all that’s left to say is grab some popcorn, maybe some chips and a dip, sit back and prepare to be amazed: