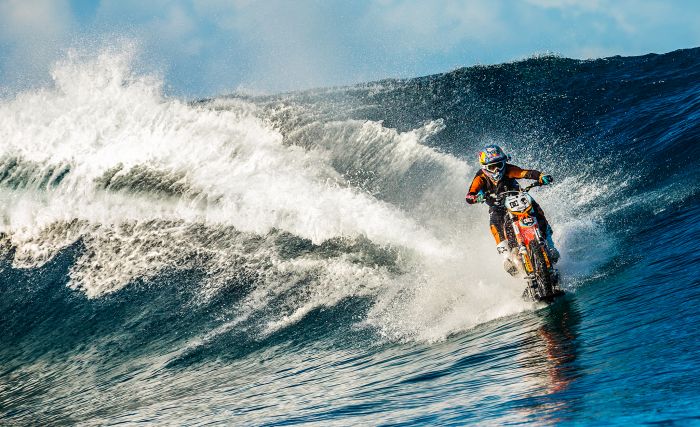 Watch: Extreme surfing in Tahiti… on a motorbike

Motorbike stunt rider Robbie Maddison has set the internet on fire this week with the unbelievable footage of him surfing one of Tahiti’s big waves on a dirt bike. Tahiti is known as a dreamy island paradise with idyllic beaches and beautiful waters but that all changed the day Maddison turned up.

The stunt takes place on the island of Tahiti and shows Maddison cruising through the jungle on his dirt bike before hitting the water in style. This is when things get really awesome as he rides the world famous waves at Teahupoo and Papara. We agree it’s quite hard to believe, but it actually happened, and it’s one of the best things we’ve seen this year. Watch the video below