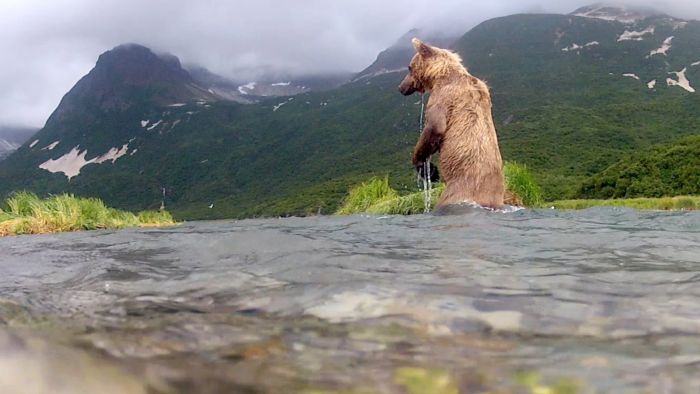 Watch: The remarkable moment a grizzly bear attempts to eat a GoPro

Grizzly bears are truly magnificent animals and while we probably wouldn’t want to get too close in person, there’s something very special about seeing them close-up in their natural environment.

One such way to do so is by setting up a camera in an area known for grizzly activity and leaving it to record for a while. In this case, it seemed to work rather well. Too well perhaps…

The remarkable footage below was shot by Natural Habitat Adventures’ expedition leader Brad Josephs, who was presumably watching on from afar, in Alaska and it gives a you a lovely view inside a bears mouth.

Beyond that, the video also shows several bears hunting for fish in the river and generally fooling around. The footage was initially shot for the Great Bear Stakeout for the BBC and has since accrued several million views on YouTube.

Amazingly, despite being chewed on, the camera had sustained no damage whatsoever and lived to record another day. Check out the incredible encounter below.