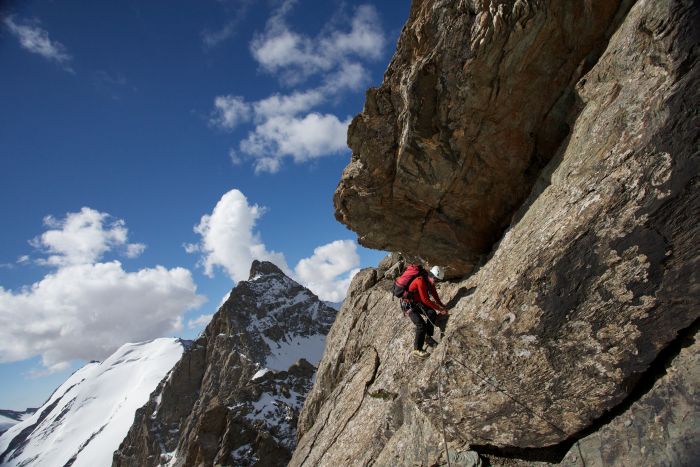 Why Kyrgystan is a beautiful mountaineering destination

Mountain guide Adrian Nelhams introduces life in Kyrgyzstan and explains why it’s one of his favourite places to explore and climb.

The Tien Shan, which has been crossed for centuries by Silk Road traders, wandered along by generations of nomads and was the battleground of Genghis Khan and other warring tribes, remains very much today as it was centuries ago.

Kyrgyzstan’s cities have a Soviet feel, which acts as a window into the 20th century, but underneath this Soviet architecture, the soul of the place remains very much as it always has been.

The Kyrgyz people owe their survival to their nomadic lifestyle which has been key for over 2,500 years. Yurts or felt tents acted as temporary homes as their livestock roamed the mountains in search of food and water.

Horses (akyns), or ‘the wings of the Kyrgyz people’, are central to the Kyrgyz way of life – a friend, worker or source of food. These horses allow the nomads to shepherd their flocks over miles of remote grazing land in the Tien Shan mountains, hunting, carrying yurts, supplying meat, leather and milk. Their national drink, kymyz or cumous is in fact fermented mare’s milk.

The nomadic people of Kyrgyzstan say ‘a man should move, because the sun, animals, fish – everything moves and only the land and dead creatures stay where they are’. 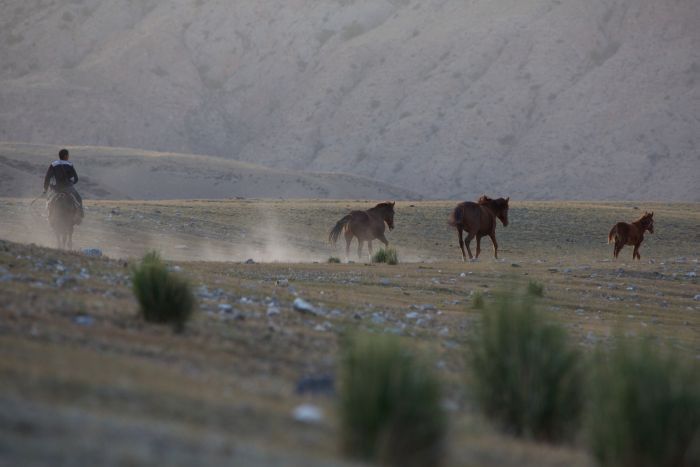 The mountain pastures are littered with brown rings of dead grass and ramshackle livestock corals, most of which have fallen down into disrepair, with small walls of dried horse dung left over from the previous tenant. A sign of the Kyrgyz nomad where a yurt once sat and a family lived.

Inside the yurts (bozuys) the circular walls are lined with bright, colourful felt rugs depicting the changing seasons, the hunting of Marco Polo sheep and their traditional way of life. The multi-fuel stove sits to one side with the chimney snaking up and out of a small gap in the roof.

Inside, the space is allocated according to tradition – the left-hand side for the man, his horse and his hunting gear and the right hand side for the women, the stove and her domestic utensils. At the back of the bozuy lie the brightly coloured folded felt blankets or shyrdaks and thick straw filled beds – the higher the pile the wealthier the family! 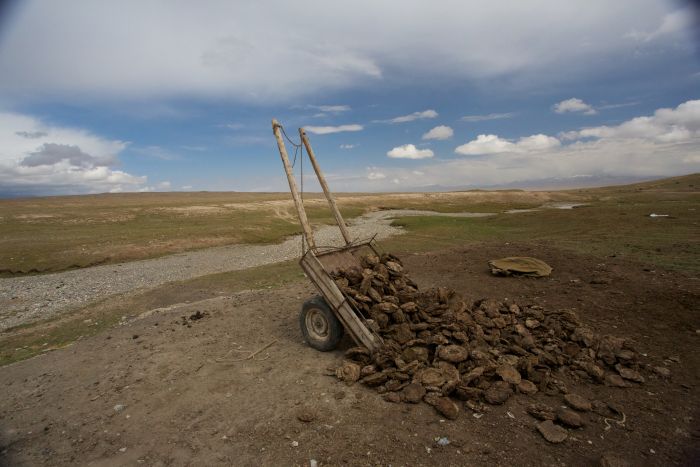 The felt, which is compressed layers of sheep’s wool, is made by layering handfuls of washed wool together on a reed mat and rolling the mat up and tying it tightly together in a long tube. Boiling water is then poured over the outside of the reed mat which seeps through into the wool. The roll is then stamped and jumped on to mulch the layers of wool together to make one tightly knitted layer – simple but really effective.

Two great mountain ranges embrace over 90% of the country – the Tien Shan mountains, which stretch for 2,500km from east to west, and the Tajik Pamir mountains, which spill into southern Kyrgyzstan. Over 30% of the country is covered in permanent snow and ice. The Tien Shan host peaks such as Khan Tengri (the Prince of Spirits) at 7,010m, and the highest peak Jengish Chokosu or Peak Pobeda at 7,439m. In the Pamir, Peak Kuh-i-Garmo, or Peak Lenin, is 7,134m and is one of the easier 7,000m summits in the world.

In the seventh century traders explored these parts making their way along the Silk Road, which was once the richest trade routes in the world. Caravans of camels, men, horses, silver, spices and silk travelled across the thousands of miles through Kyrgyzstan to Uzbekistan, through Turkmenistan and Iraq on to the Mediterranean Sea and then into Europe. Trade also passed through Kyrgyzstan and on to Greece via Kazakstan and Russia.

Tashrabat in Kyrgyzstan was an important valley, providing a vital link to and from China forming part of the Silk Road. Just below the pass a fortified Caravansari was built to store the valuable silk safely overnight. Traders would sleep with the silk before continuing their journeys. The region prided itself in keeping a safe passage through for all the traders, encouraging them to use the same route again next time. Money would change hands for this safe passage through and so it was the responsibility of the region to keep the bandits out and the silk safe. 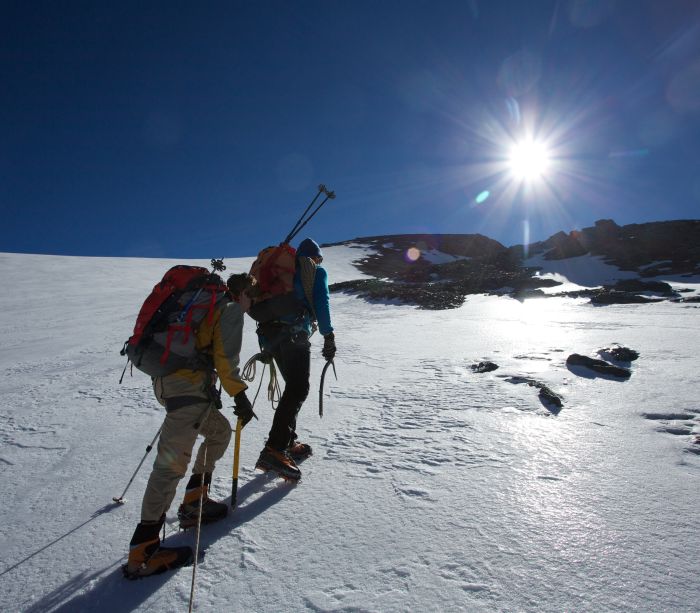 The rich history of Kyrgyzstan, the unspoilt mountain landscape, the virgin summits and unexplored valleys, the traditional nomadic people many of whom still live off the land and in yurts, make this a very special place to go climbing and mountaineering.

ISM has been running expeditions and exploring the virgin summits of the Tien Shan for almost 20 years. It is not just the climbing, but the culture and history of this beautiful landscape that captures your imagination.

Written by Adrian Nelhams, UIAGM guide and director of ISM, a mountaineering company that’s very proud and feels privileged to be part of Kyrgyzstan’s climbing history.

The Island with Bear Grylls: How to apply
British explorer Benedict Allen missing in Papua New Guinea
5 things to do in Italy that will make it an unforgettable adventure
Type to search or hit ESC to close