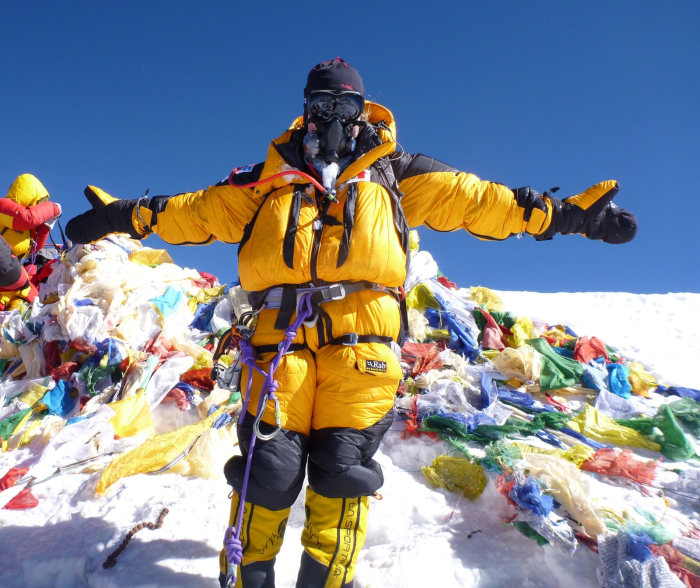 5 stages to making your Everest ambition a reality

At 8 AM on the 19th of May 2012 I had the honour of standing on the highest point on Earth, the summit of Mount Everest. There was nowhere higher for me to climb and the whole world was just there sprawled out below me. On that day, aged 21, I became one of the youngest British women to summit the highest mountain on Earth. Climbing Everest requires time, money and, above all, dedication, in this article I will outline the 5 stages that I believe made my, and can make your, Everest ambition a reality.

The Oxford English dictionary defines the word ‘Inspiration’ as the process of being mentally and emotionally stimulated to a level of high activity. But to me true inspiration is an event, one which flicks on a switch in your psyche, it lights a fire, it changes you and it changes the extent of your previously thought ability.

My moment of true inspiration came about while I was day dreaming in the library during my final year at university. I was attempting to write my dissertation in the area of sports psychology. It struck me that if I had to write 10,000 words on a single subject I would need to make it an interesting one; so I investigated the ‘psychological experience of climbing Mount Everest’.

I interviewed seven amazing guys who had all summited Mount Everest. I explored their psychological experience of climbing the mountain including areas such as motivation, self-belief, psychological pressure, fear and anxiety. It must have been within 20 minutes of my first interview that I decided Everest was something I needed to experience for myself, and soon. I was completely hooked, almost obsesses, to fulfil this ambition. 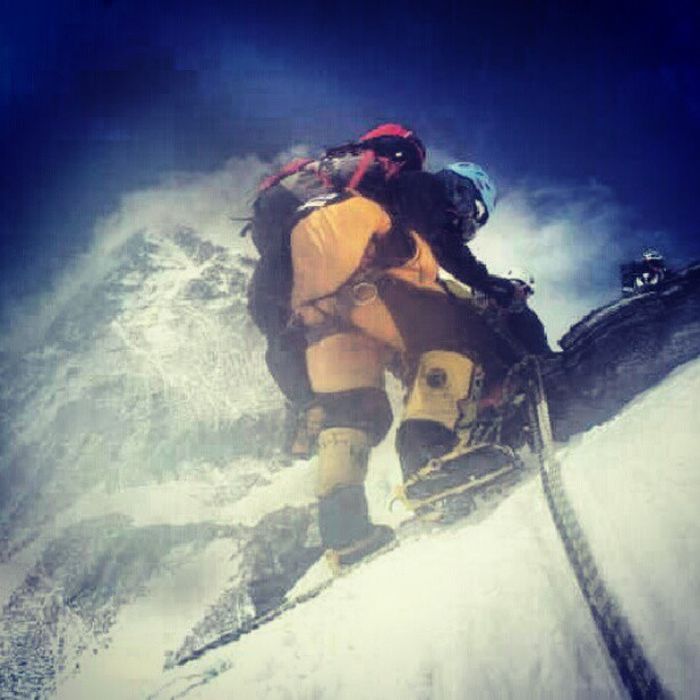 Mountaineering had always held an allure over me, the sheer wildness, the simplicity of life, the connection with nature. The first mountain I climbed was Mount Kenya, I was 17 and on a school trip. Standing on top of that beautiful mountain with the clouds swirling around me, periodically opening up gaps and showing the incredible view down to the Savannah – I was hooked.

Throughout the rest of school and university I would save up as much money as possible during the term time and spend it all on an expedition over the summer months. I had travelled to, and climbed in, the Indian and Nepalese Himalayas, Volcanoes of South America, the Atlas Mountains of North Africa, The Alps and, closer to home, in Scotland.

It’s so important to get the relevant mountaineering experience before undertaking an Everest expedition, to understand what you will face on the mountain in terms of physical and psychological demand is crucial. No mountain should be underestimated, Everest is big, dangerous and scary and I you need to be totally confident in your ability before taking it on. 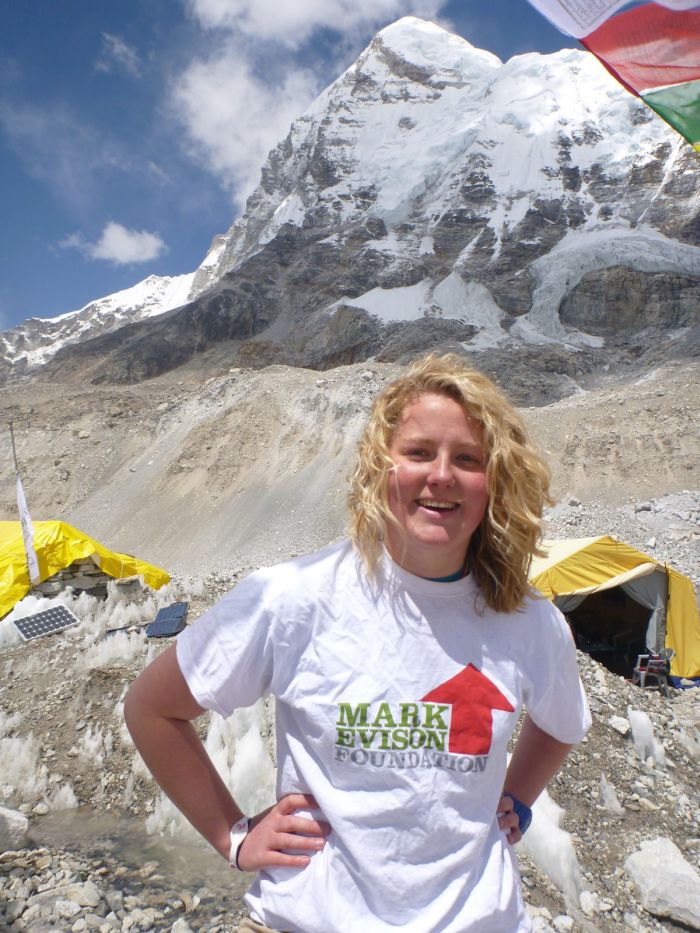 Everest is an incredibly expensive mountain to climb, it costs anywhere between £25,000 and £50,000, depending on which side you climb from and the commercial company you choose to climb with. Being a poor university student with nothing but a large amount of student debt I somehow managed to raise this massive figure. Securing sponsorship was nearly as hard as climbing the mountain itself.

I went about attempting to appeal to large businesses for a corporate sponsorship. I would send out over 30 sponsorship proposals each week and get about 30 rejections. This went on for nine whole months.

As my departure date for Everest due closer I was still so far from my target. It was a nail biting time, I had to put everything in place to go to Everest even though I didn’t yet have the money, many people had told me sponsorship often comes through at the last minute, so I had to be prepared for that. Four weeks before I was meant to be leaving for Everest my sponsorship finally came through! I was eventually sponsored by a collection of smaller donations from three companies and a charity. Perseverance, to the very end, made my Everest dream a reality, and it will make yours one too. 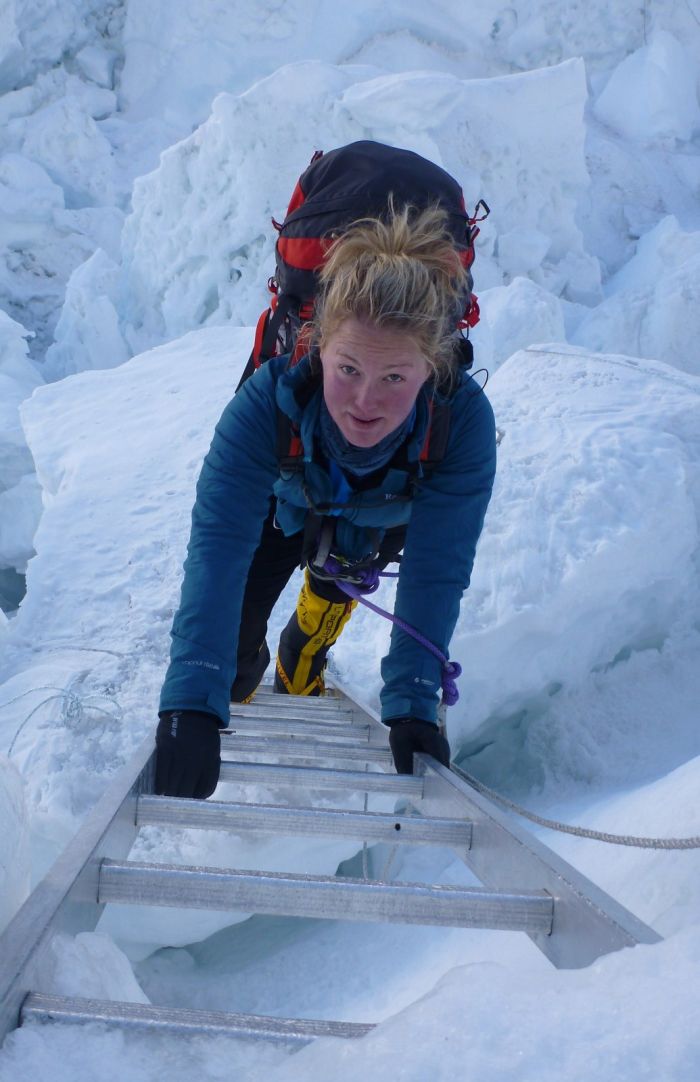 At the beginning of October 2011, when I was still a million miles away from ever stepping foot on Mount Everest, I had send out a ridiculous amount of sponsorship proposals but the amount of money I had actually raised was still £0.

So I decided I was going to hold a fund-raising auction to try and earn some extra climbing money. I needed a crowd pleasing, money grabbing, must have auction prize to make this a success, so, logically, I decided to auction my bum as art space to the highest bidder. Who ever bought my bum in this auction would be able to have anything they wanted tattooed on it, absolutely anything.

The evening came around all too quickly. The bidding started, obviously I was petrified, the price quickly rose above £200, £300, £400… Luckily, and unluckily, for me I had invited a couple of Royal Marines I knew. It turns out that it was pay day and they had had a couple of drinks.. £500, £50, there was a bidding war going on, every auctioneers dream, £600, £650, and then finally the price rested on £700 and my right bum cheek was now the property of Sam and Andrew, two slightly inebriated and now very poor Royal Marines. I’m looking forward to the day when I have to explain to my children why I have two chickens kissing on my right bum cheek!

Being 100% committed to any expedition is so important for maintaining perseverance and determination and actually making it happen. 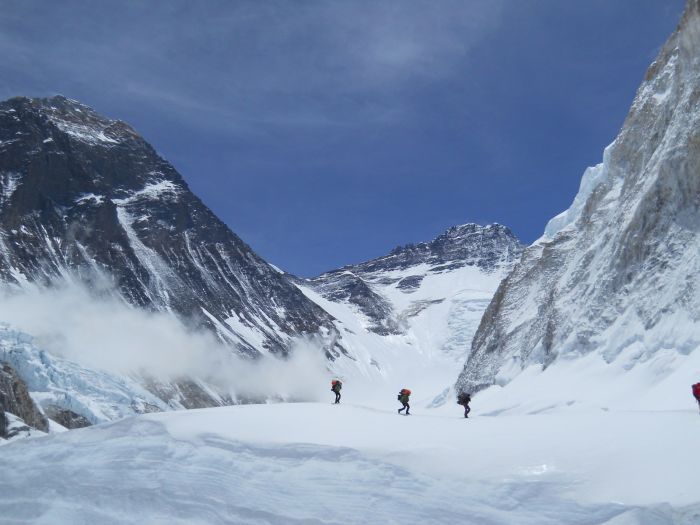 The final stage of making an Everest ambition a reality is self belief. To me, self belief is an inner confidence that you can achieve what you are setting out to do. It differs from self confidence, for example, it doesn’t give you the ability to stand up and talk in front of people or to be good in social situations.

Self belief is an inner, deep down feeling that you can achieve. I think this was the most important factor in my success on Everest. I always believed I could reach the summit, even when I was physically exhausted, scared for my safety or when stepping into the unknown world above 8,000m, the Death Zone.

With these 5 things you can make your Everest dream a reality, a lot of it is down to your mental drive and determination to reach the summit of the highest mountain in the world, but there are other things you must focus on as well. Getting sponsorship to fund your expedition is just as important as being physically fit enough for the climb itself. One thing’s for sure, the hard work and dedication is definitely worth it when you’re, literally, standing on top of the world.

8 simple hikes in Europe that deliver unforgettable views
Unclimbed mountains: 5 of the world's highest peaks yet to be summited
Best hikes in the world: The Rwenzori Mountains, Uganda
Type to search or hit ESC to close