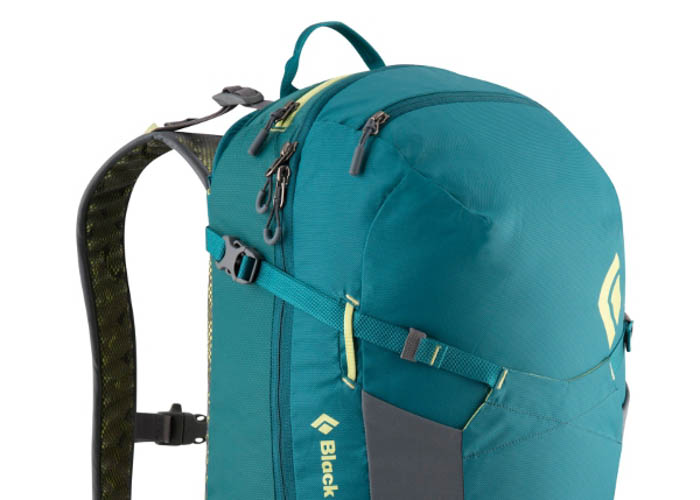 Black Diamond makes top quality equipment and although it specialises in climbing and skiing, a lot of its gear, like this Sonar daysack, can be used for other activities such as hiking or travelling. This level of quality doesn’t come cheap, but you get what you pay for.

The Sonar comes in two sizes: S/M, which is 24 litres, and M/L, that we have on test, which is 26 litres. It’s a lightweight technical load carrier that can be used for everything from trekking to ski touring and more.

The Sonar is made from 210-denier nylon which is lighter than some but still strong enough to withstand the rigours of the trail. The fabric has a PU backing to keep some rain out but the pack isn’t fully waterproof, and although there’s a pocket in the base for a rain cover, the cover isn’t included, which I feel is a bit cheeky given the bag’s price. 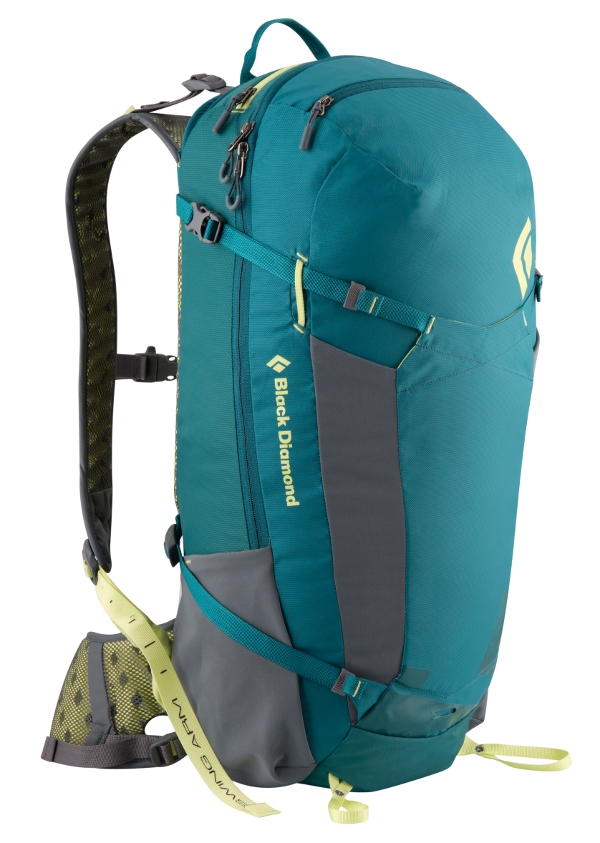 The backpack has an aluminium internal frame called an M-Motion frame, which enhances the stiffness of the bag while supporting the load. This is complemented by a semi-rigid frame sheet with a padded surface next to the body. Black Diamond’s SwingArm shoulder straps are designed to move in concert with a hiker’s stride or skier’s turn by sliding through the bottom of the pack on a low friction cable. This is enhanced by a reactive hip belt that supports the weight of the pack on the hips but flexes with movement to prevent it digging in. All in all this is one comfortable pack.

There’s no lid, so the main compartment is accessed via a long zip around a good half of the bag, making it easier to pack the daysack and to get to your kit. There’s a sleeve for a hydration system; a small, soft pocket for electronics or eyewear and a further pocket for valuables or snacks with a key clip. Then there’s a handy pocket on the waist band; an expandable pouch on the front of the pack for a helmet or a jacket; wand pockets and compression straps on the sides and trekking pole or ice axe loops.

The Sonar is a versatile daysack that will hold enough gear for long days on the trail with a seriously comfortable back system and harness.

A quality daysack for anywhere or any activity.