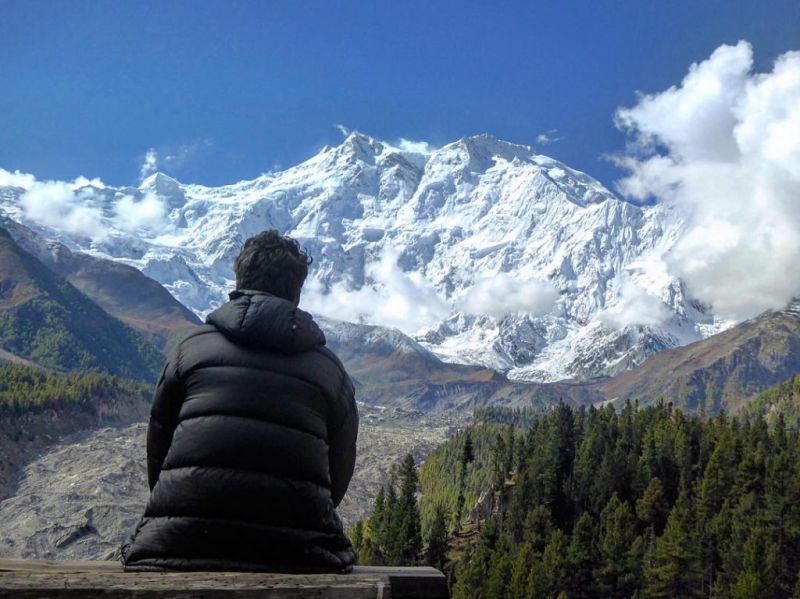 Travelling the world on a budget is a very raw experience. I’ve been backpacking for nearly a decade now, exploring far flung lands such as Iran, Pakistan, Venezuela, Bhutan, India and Myanmar. I don’t stay in fancy hotels or take tourist transport options. Instead, I hitchhike, couch-surf, wild camp, and meet/chat with local people wherever I can.

I’ve been lucky enough to make many incredible friends all over the world, travelling has totally shaped my life and personality. It’s not just the sights I’ve seen but more the people I have crossed paths with. I met my wife whilst hitchhiking across Iran, many of my best friends are Pakistani and I have an adopted family in rural India.

When you’re travelling like I do, language barriers can be a problem. Often I’m in rural countryside where very few people speak English and it can be tricky to make yourself understood. I can usually get by with smiling and hand gestures but if you really want to make a connection it helps to learn some of the local lingo. If you want to make an effort to learn the local language, technology can come to the rescue! For the last year, I’ve been using uTalk to help me connect with locals in their own language.

With that in mind, I thought I’d share a story of how uTalk helped me while trekking to the Fairy Meadows in Pakistan… 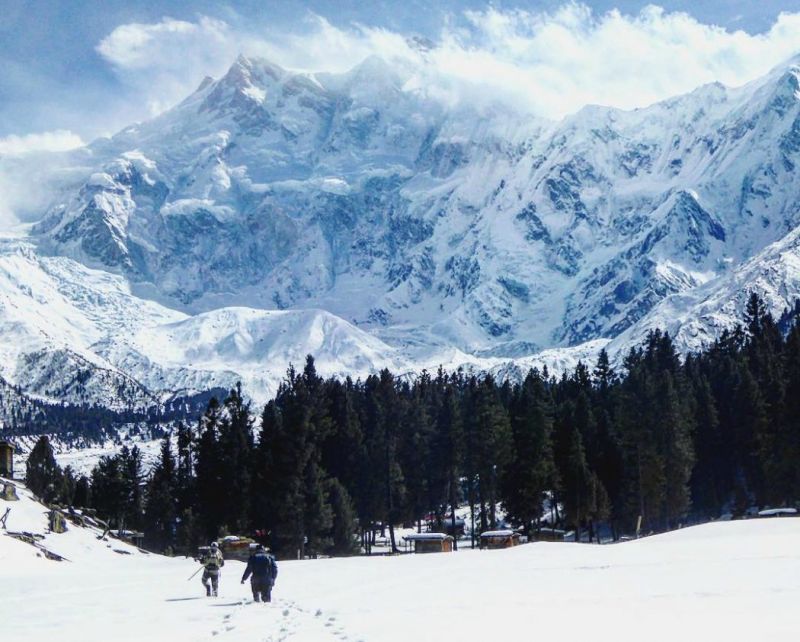 At first, I was not sure that the local police were going to let me head into the mountains. However, after much smiling, polite nodding, cups of chai and a lengthy book-signing process, I was granted permission to head off in search of the legendary Fairy Meadows of Pakistan on the condition that I accepted a police escort.

Beside me, a wizened police officer with two teeth and a huge jacket smiled at me shyly from behind his silvery beard, with a well polished Kalashnikov resting on his lap. The jeep groaned as we smashed a path over large stones and bulldozed our way towards the huge white mountains upon the horizon.

The road snaked it’s way up the valley, a sheer drop on one side and a blue ribbon of water below. I fumbled with my camera, much to my new bodyguard’s delight, and took a few snaps of the mighty mountains marching alongside us. Up ahead, in the distance, one defiant peak reigned supreme above all others.

“Nanga Parbat” my new friend offered up. The ninth highest mountain in the world, it seemed to scrape the furthest grasps of the skies themselves, an impenetrable bastion of snow and ice and rock, a fortress fit for a god. Behind us, another jeep of local Pakistani tourists, day-trippers, chugged its way along the bronze coloured trail, a mad-man clinging to the front like a crouching gymnast. It seemed that I was not the only person looking to spend a night in the fairy meadows, one of Pakistan’s best known adventure destinations.

I dismounted and followed the police into the forests. I still had no idea what to expect. I struggled onward, the weight of my pack (why the hell had I bought my damn laptop!) weighing me down as I struggled through waist-deep snow… February is not the best time of year to visit the fairy meadows.

My stomach rumbled unhappily. I was, of course, aware of Delhi-Belly having been to India many times but it seemed that Islamabad-Belly was a thing as well. I moped along unhappily, unable to fully appreciate the stunning presence of the mountains, the cool crispness of the air, and the startling radiance of the snow. Ahead of me, my police escort waited patiently on a rock, a cigarette dangling from his lips and his AK cradled in his lap like a much loved pet. 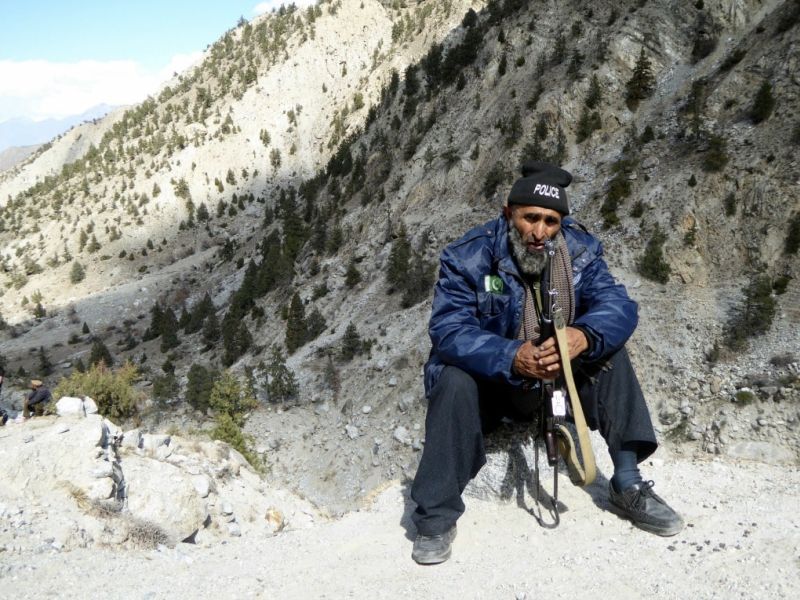 In India and Pakistan, an older gentleman is often referred to as Baba. Unsure how to ask my AK-wielding friend his name, I settled on this: “Baba, Taliban here?” I asked, more curious than concerned. “No Taliban,” grinned my guardian angel, raising his rifle to his shoulder and miming shooting into the distance.

Baba, seeing that I was tired and a little unwell, passed me some sickly sweets and then kindly took my second backpack off me. This was a first for me. I am very protective of my gear and take it as a slight upon my honour if anyone dares offer me help but, on this occasion, with the snow soaking through my shoes and socks (and another round of explosive diarrhoea ready to go), I relented.

Together, we moved further into the valley, climbing over fallen logs and wading through half frozen streams until, finally, after a steep climb and much swearing, I reached my destination. Ahead of me, stretching away in the distance, I could see white carpets of untouched snow, and mighty peaks of blue, grey and silver flinging themselves into the sky, blocking out the last of the sun and promising a radiant evening filled with stars.

Baba led me forward, to a small wooden hut. Inside, I was greeted by the owner of the hut who, having heard that a foreigner was coming, had opened up despite the season not starting for another six weeks. I was instantly passed a cheeky smoke and a mug of hot chai, and collapsing into a heap on the floor, I finally got some rest.

I awoke the next day, with the sun sliding in through the windows, under the door, and through the cracks in the wood. Baba, wordlessly stoking the fire, looked at me with a smile and handed me a fresh paratha, still warm and a glass of chai.

I pulled out my phone, determined to make a proper effort to engage, and flipped to uTalk’s app, the language app that I use to learn phrases and chat to local people whilst travelling. “Baba, Aap ka naam kia Hai?” – Baba, what is your name. He leaped into the air as if he had been electrocuted, shocked to find that I could suddenly speak Urdu. For that is how it must have appeared.

“Very good! Very good! My name Baba!” he replied, it seemed he knew a little English of his own. I asked him again and received the same answer, it seemed he was happy with being called Baba after all. With the help of my phone, I began to quiz Baba on his age, his family, his favourite food and how long he had been in the police. We laughed, sharing a smoke as Mohammed joined us and poured me another glass of chai. “Aap ka Shukria Bhai!” – Thank you very much, brother.

I quickly learnt that even if Baba and Mohammed could not understand my imperfect Urdu accent, they definitely understood the concept of fun. Baba, in particular, seemed to be especially fond of jokes.

Baba quickly assigned himself to not only be my protector but also my guide, and over the next three days, lead me deep into the surrounding mountains. We trekked through insane snow-banks, attempting to make it to Nanga Parbat basecamp despite the terrible conditions and only turning back when the snow reached our armpits. Baba taught me a few phrases in Urdu, and slowly but surely, my Urdu began to get better thanks to Baba’s patience and uTalk’s pretty amazing abilities.

Breaking down the language barrier is so important in countries like Pakistan and when you make the effort to learn the local lingo, you are quickly rewarded with incredible friendships and unique travel experiences. Next time you are heading to Pakistan, be sure to say a hearty thanks to Baba for me!

Best hikes in the world: Mount Kailash trek, Tibet
5 of the most remote hiking trails in Europe
5 incredible things to do in Sardinia to make it unforgettable
Type to search or hit ESC to close