How do the Northern Lights work?

Alas, unless you live in the far northern extremities of the United Kingdom, your chances of witnessing the Northern Lights at some point during your lifetime will be very low indeed. This phenomenon has been known in some parts of Scotland on the odd rare occasion, but for the most part, you will need to book a Lapland holiday in order to stand a far better chance of catching this spectacular light display laid on for us by Mother Nature.

The Aurora Borealis – to give them their proper title – happens when the solar wind reaches us here on Earth. These are electrical particles that have travelled from the Sun colliding with the different elements (gases) in our planet’s atmosphere. The most common collision will be with oxygen and this produces a yellowy-green light display. 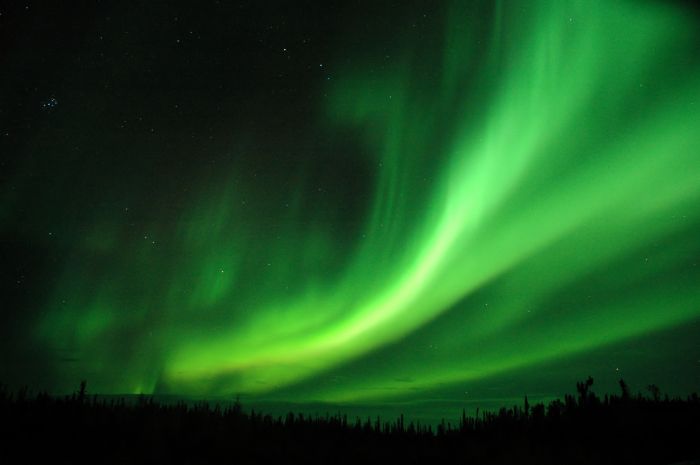 A surprisingly vast range of colours have been known during the Northern Lights displays and these include shades of pink, red, blue and even purple. However, as we have already seen above, green auroras do seem to be the most prevalent.

If you are ever lucky enough to experience the Northern Lights, the feeling that will engulf you as the lights dance across the night sky is described as being extremely moving and overwhelming. If you are in a party, everyone will be deadly quiet as they crane their necks to marvel at the display. You may even wonder what our ancestors thought of these amazing displays thousands of years ago: it is almost certain they would have attributed them to being some kind of message from a god or deity they worshipped at that time.

In fact it was believed by the ancient Finns that the aurora was caused by the magical Fire Fox of the heavens sweeping his tail across the skies and leaving a trail of ethereal lights behind. Whilst in Sammi tradition the lights must be respected by good behaviour and solemnity – those who did not behave on nights when the lights shone were considered to be cursed by bad luck for the rest of the year. Meanwhile Eskimo folk believed that the Northern Lights were the spirits of children dancing in the heavens.

People who have witnessed the phenomenon of the Northern Lights maintain that this is one of the most spectacular experiences they have ever been privileged to witness during their lives. They are usually a massive perk of Lapland holidays and can be enjoyed by the whole family. If you are ever able to book a trip to Lapland around Christmas, this really can make the whole experience seem even more magical.

Whilst we all talk about the Northern Lights up here in the Northern Hemisphere, it is interesting to note that this same effect can actually be witnessed around the South Pole. These are the Southern Lights and are known as the Aurora Australis. As you would have to travel to a part of the globe that is even more remote and colder to witness this phenomenon, you might just want to remain closer to home and within our own hemisphere.

Richard Newsman is a copywriter with a passion for travel and foriegn adventure. He writes on behalf of several travel and adventure websites and has been travelling the world since 2003 when he first decided to venture out of London and England to see the bigger wider world.

Watch: A sneak peak at the new £20m Bear Grylls UK adventure park
Aonach Eagach: Is this Great Britain's scariest hike?
Everything you need to know about trekking in Nepal
Type to search or hit ESC to close