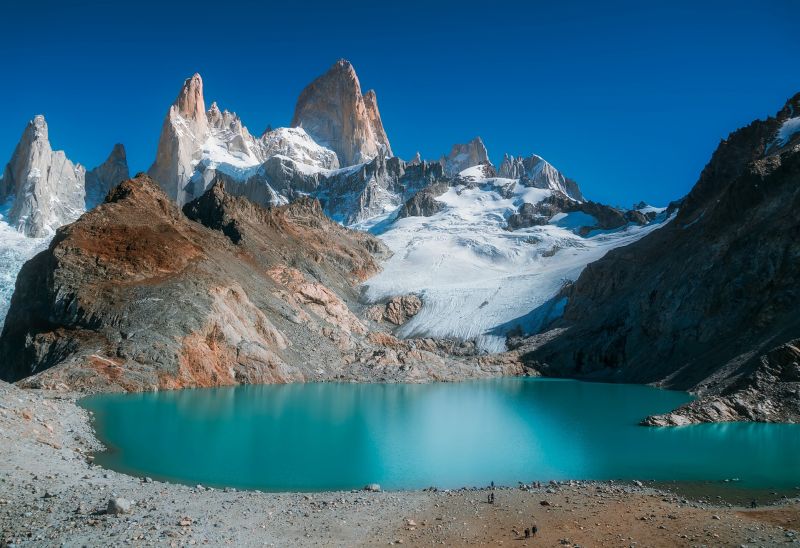 Cast with the snow-kissed peaks of Argentina, the vast salt flats of Bolivia, the smouldering volcanoes of Guatemala and the majestic waterfalls of Venezuela, it’s not hard to see why South America is a bucket list dream for many travellers. Not only is the natural beauty impressive, but the culture, traditions, cuisine and architecture of its people is just as spectacular.

What better way than to explore this sensational continent, than by overland travel. Why? Because to embark on an overland expedition means your journey becomes the expedition, allowing you to taste the real South America, and absorb every last inch of its greatness on the journey of a lifetime.

We teamed up with Oasis Overland, who are the experts when it comes to overland expeditions in South America, to delve a little deeper into the incredible places that this exceptional continent has to offer. 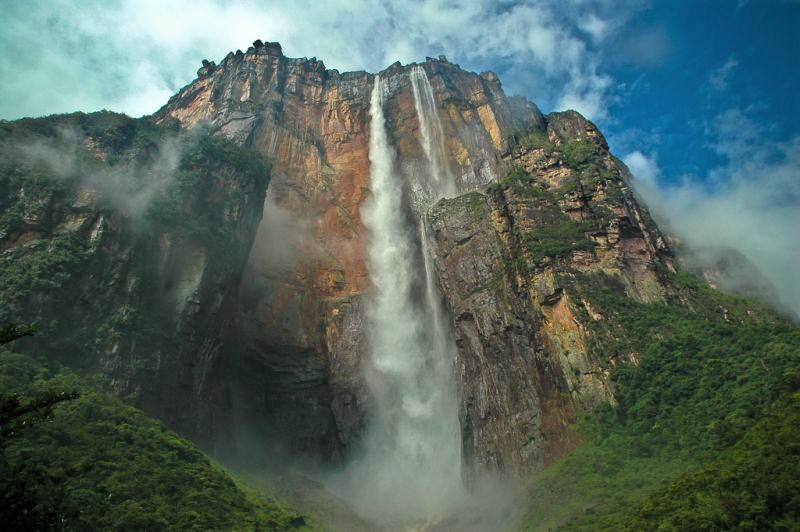 Nestled within the luscious rain forest of Venezuela, sits the world’s highest uninterrupted waterfall – Angel Falls. Towering a mighty 979m above the canopy, you can hear this almighty beast roaring for miles as its water drops over the edge and cascades down the rocks of the Auyántepui mountain. 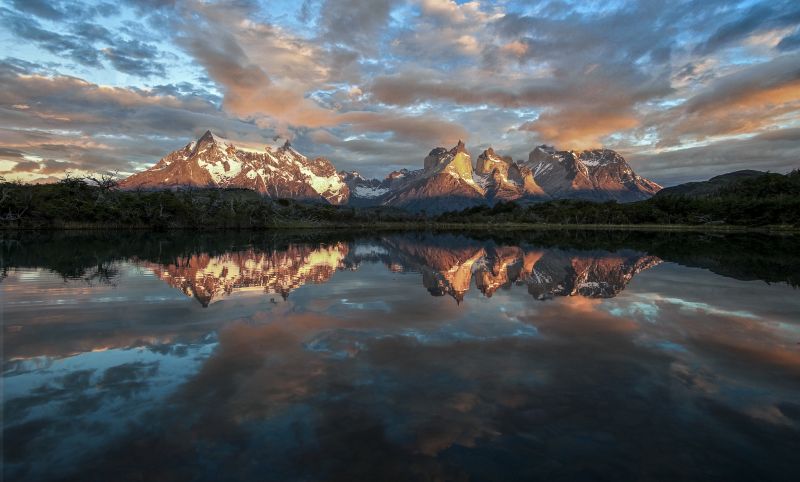 Located within the staggering region of Patagonian Chile, Torres del Paine National Park is a sight not to be missed. It’s famous for its impressive snow-kissed mountains, vast glaciers, electric blue lakes and incredible wildlife. With beauty such as this, it’s no wonder that hikers flock to touch these lands every year. 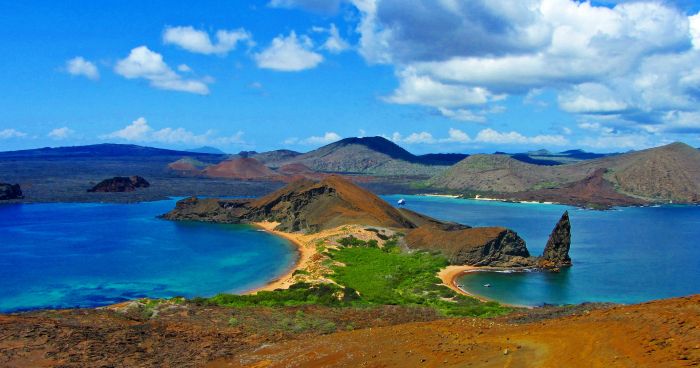 The Galápagos Islands are a tapestry of stunning volcanic islands set just off the coast of Ecuador in the Pacific Ocean. It’s well-known for being an isolated tropical paradise that is home to some of the world’s most fascinating animal species. In fact, the islands are what inspired Charles Darwin’s theory of evolution after he visited in 1935 – making them rich in beauty and history. 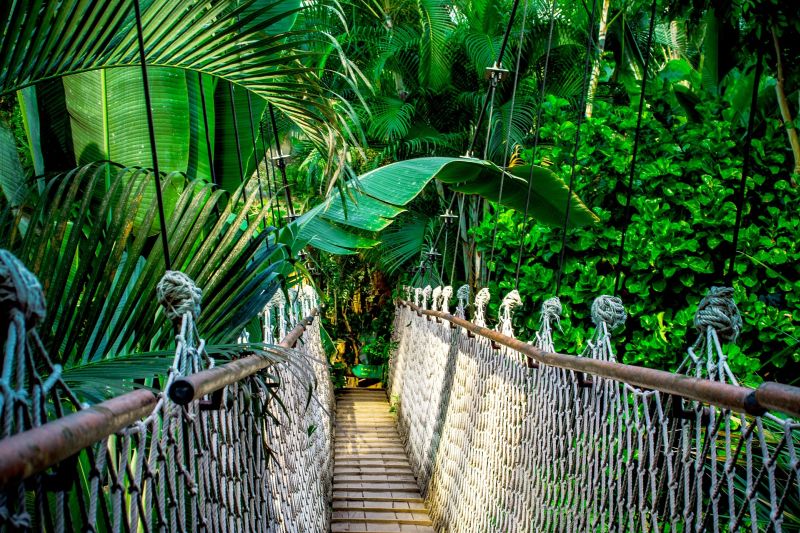 The Amazon Jungle is the world’s largest tropical rain forest, and just to put it in perspective, is so large that it spreads over nine countries; Brazil, Peru, Colombia, Venezuela, Ecuador, Bolivia, Guyana, Suriname and French Guiana. Now, that is impressive. It’s famous for being rich in biodiversity and having a vast network of rivers, including the longest river in the world – the Amazon River. 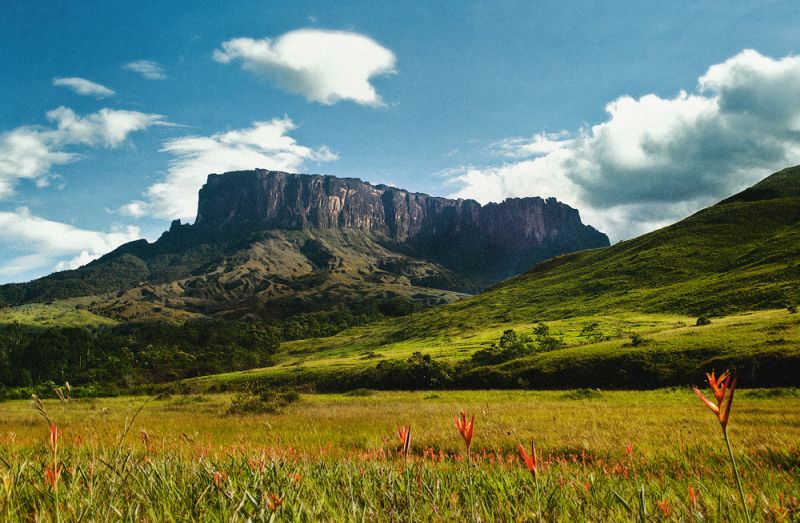 Set within the heart of the Guiana Highlands, the Tepuis Mountains are a set of isolated table-top mountains that proudly emboss the rich green landscape. They’re surrounded by an abundance of different plant and animal species, and the world ‘tepui’ means ‘house of gods’. The most outstanding tepuis are Neblina, Autana, Auyantepui and Kukenan (pictured above). 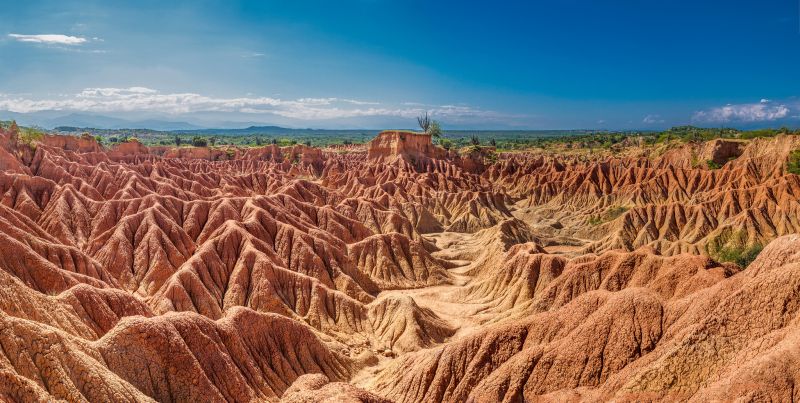 If you love finding surreal landscapes that make you feel as if you’ve stepped onto another planet, then we recommend putting Colombia’s Tatacoa Desert on your South American bucket list. It’s a fascinating place to visit and there are many activities to enjoy such as guided tours, visiting the observatory, bike rentals and, if you’re there in July, the annual Festival of the Stars. 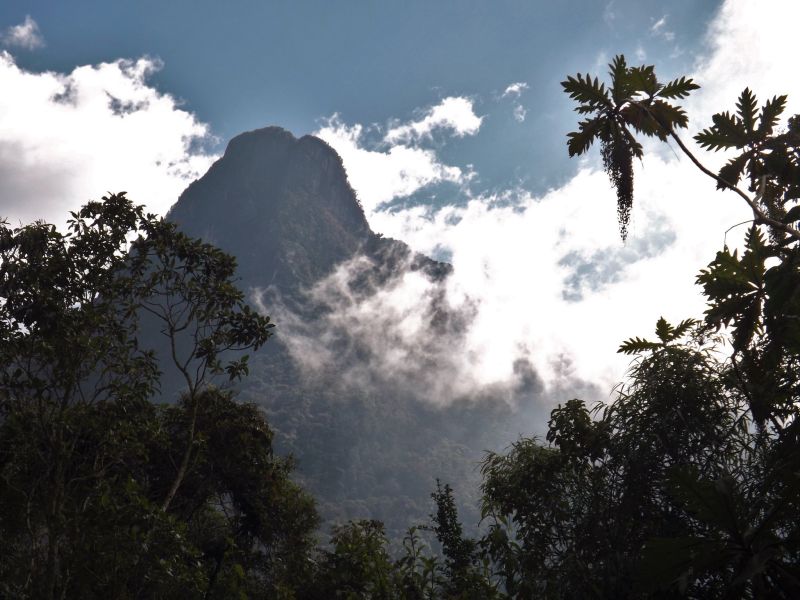 Set in the heart of the coffee growing region of Colombia, Los Nevados National Park is famous for its dense forests, sparkling glaciers, beautiful lakes and impressive snow-capped volcanoes – with Nevado del Ruiz being the mightiest of the bunch, standing proudly at a whopping 5,300m high. The park is also brimming with intriguing wildlife such as eagles, hummingbirds, condors and parrots. 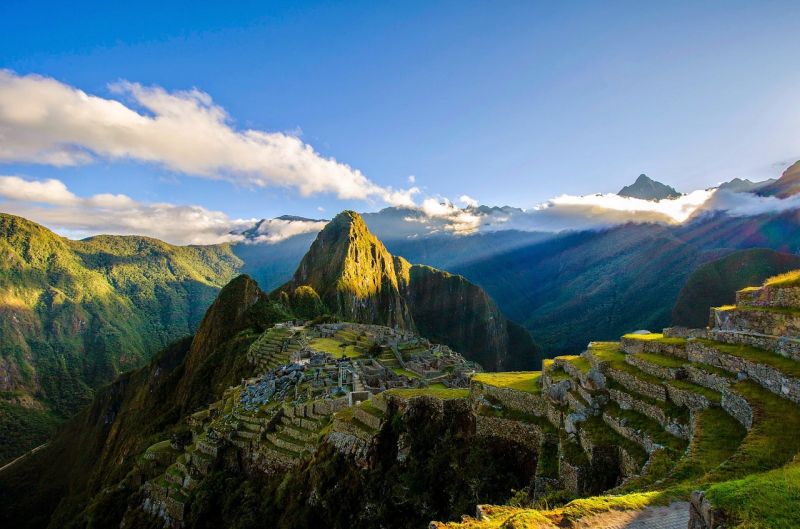 One of the most iconic places to visit in South America is Machu Picchu via the Inca Trail. Built in the 15th century, Machu Picchu sits high in the dramatic Andes Mountains of Peru, and its exact former use still remains a mystery to this day. It’s a tough hike to the top, but the panoramic views when you get there are out of this world. You may also make a llama friend or two. 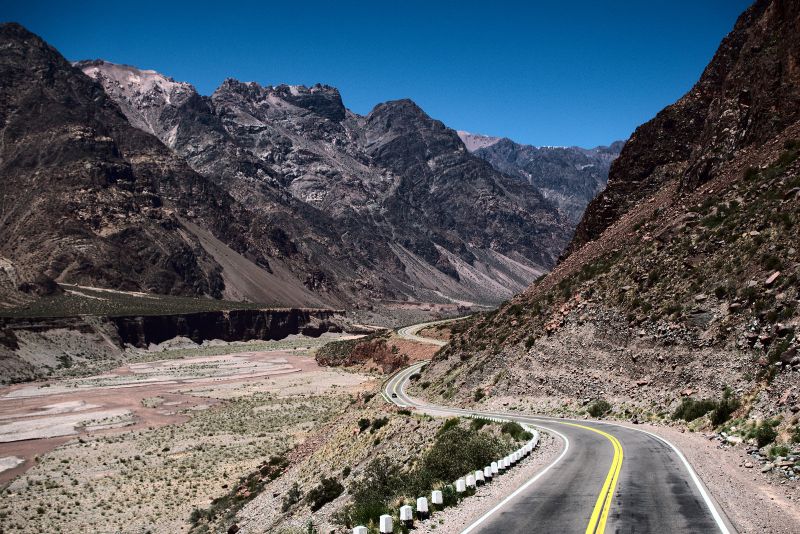 The Andes Mountains is one of the longest and most spectacular mountain ranges in the world, so you should try to cover more ground than just Machu Picchu during your time in South America. These impressive mountains are set within a whole array of varied terrain, including glaciers, desert, forest, volcanoes, grassland and lakes. There’s so much to be discovered in the Andes Mountains and no South American trip is complete without exploring just some of what they have on offer. 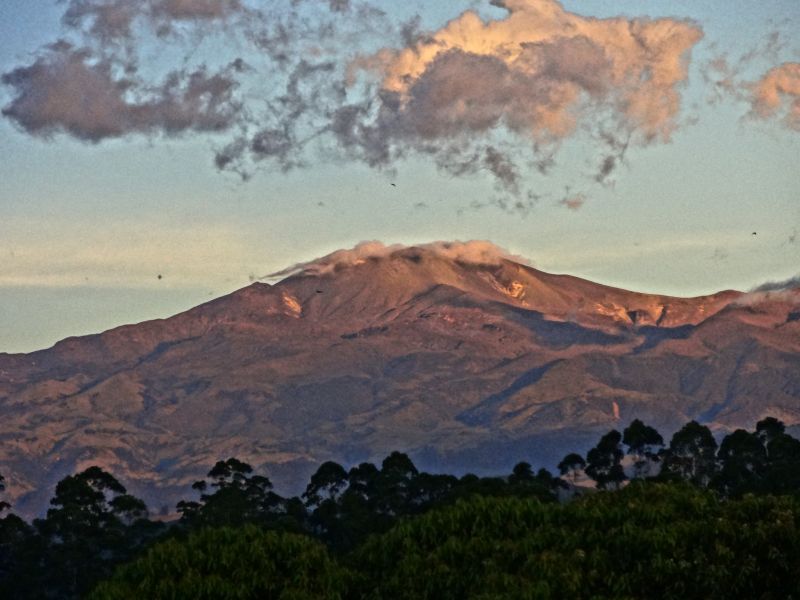 Embossed on the landscape of Puracé National Park in Colombia, Puracé is a stratovolcano which soars high above the forest’s canopy at 4,650m tall. It’s one of the most active volcanoes in Colombia, and is one of the best places to spot the magnificent condor – one of the largest flying birds in the world.

The Salt Flats of Uyuni 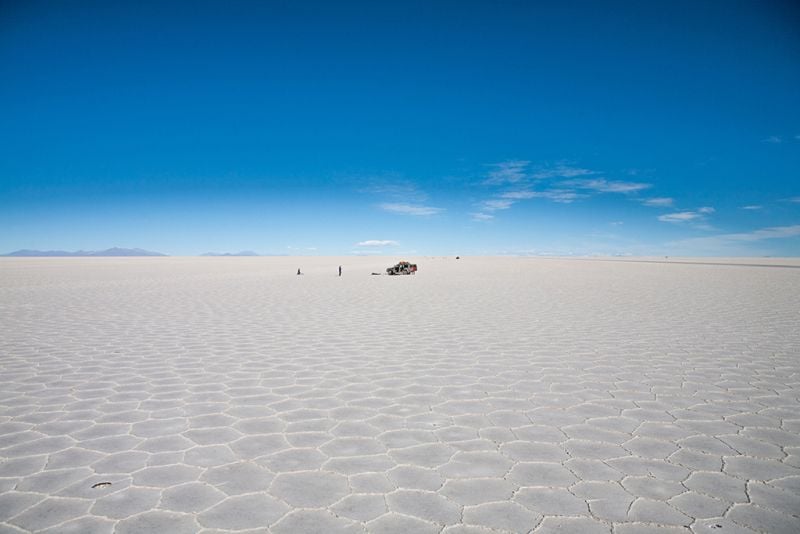 No trip to South America is complete without a visit to the famous Uyuni Salt Flats of Bolivia. Spanning roughly 4,000 square miles, these salt flats are the largest in the world and the area is an impressive scene of bright white, desert-like salt plains and intriguing rock formations.

I don’t blame you. Just writing this article has got me fighting the urge to book myself the next flight tickets out of here. If you’d love to embark on the overland journey of a lifetime and have the opportunity to visit the places we’ve listed above, then you need to take a look at the exceptional overland expeditions available with Oasis Overland.

You’ll travel within a group of other like minded travellers, and on your journey, you’ll get to taste the true heart and soul of this impressive continent. Oasis Overland offers a vast and varied range of epic overland trips to South America, so depending on the amount of time you can spare, what you’d like to see and your budget, there’s no doubt that you’ll find the perfect trip for you.

Not only this, but the company also offers overland expeditions all over the world. So, head over to the Oasis Overland website to find out more.