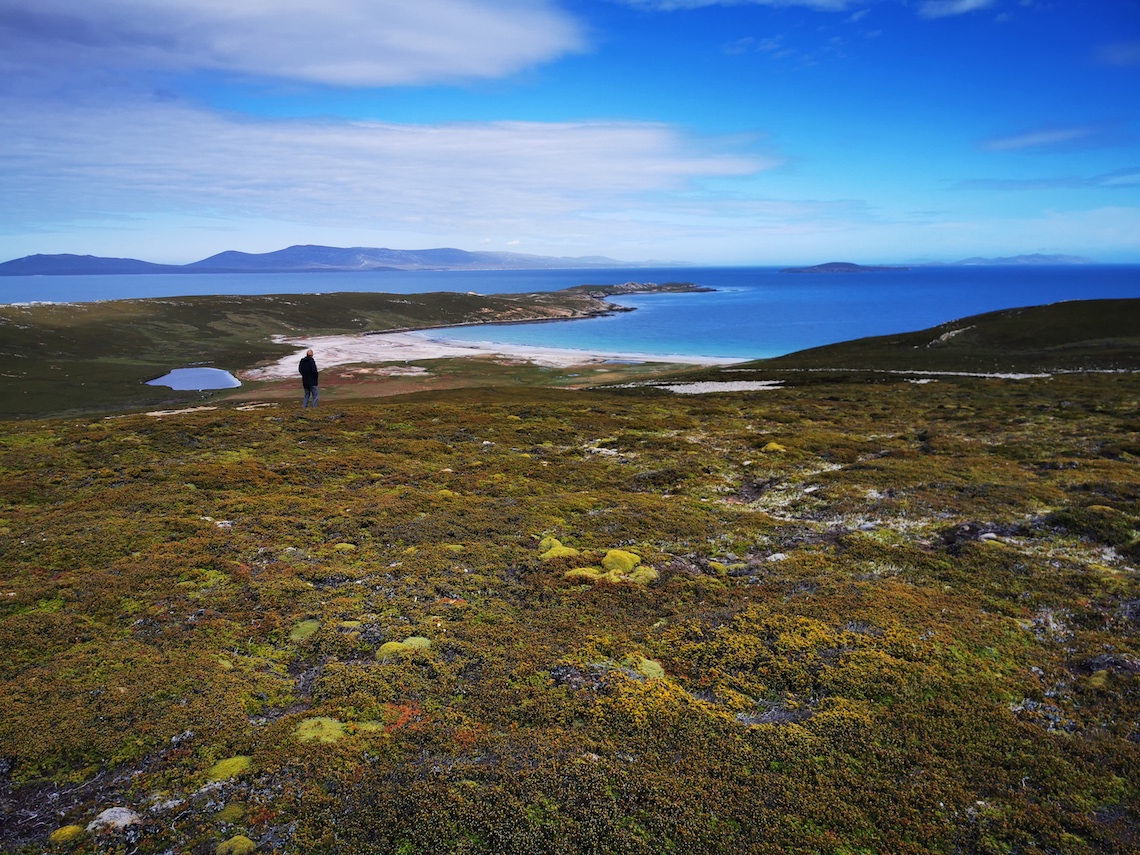 4 of the most adventerous things to do in the Falklands

Found in the South Atlantic Ocean, about 300 miles off the coast of Patagonia, the Falkland Islands is a destination that you’ve probably heard of but know little about. On the face of it, you might think that there’s little reason for an adventurous traveller to make the journey to the British overseas territory, but think again. This is a wild, remote land that’s unlike any other in the world, and its fraught with hiking trails. From coastal tramps to mountain treks, there’s plenty of adventurous things to do in the Falklands to get your teeth into.

The best bit? The population of the Falklands is so sparse that you’re unlikely to bump into another soul when hiking on the trails, which is a true rarity in an age when there is precious little to be discovered.

What? A half-day tour around the Falklands’ capital, Stanley. You’ll be taken on a mixture of gravel tracks and single track routes, and you’ll take in all of the sights of the area before stopping at the harbour front for Smoko, which is traditional afternoon tea.

Where? The tour starts in Stanley, with you being picked up for the adventurous ride by four-wheel-drive. You’ll then finish your ride at Gypsy Cove before being transported back to Stanley.

Why? This 3.5-hour mountain bike tour is one of the best things to do in the Falklands around Stanley. You’ll be treated to amazing views, fascinating history, and amazing wildlife. Excitingly, the tour finishes at Gypsy Cove, where you’ll have the best views of the pristine white sandy beaches and the Magellanic penguins that call the place their home. For more information, click here.

What? Gypsy Cove is the most accessible wildlife site from the Falklands’ capital city. The small bay, with its beautiful white sands, is sheltered from prevailing winds, making it a pleasant place to hike. It’s a known breeding ground of the Magellanic penguins, a host of other birdlife, and sea lions occasionally visit here.

Where? Gypsy Cove is part of the Cape Pembroke peninsula on East Falkland, and is easily reachable from the capital of Stanley by shuttle bus, taxi or hire car. A hike around Gypsy Cove will take you along the coastal paths of Yorke Bay, Tussac and Engineer Point, and Whalebone Cove.

Why? If you love wildlife, a visit to Gypsy Cove is one of the best things to do in the Falklands. It’s the place where Magellanic penguins breed and make their nests, giving you unique access to the beautiful creatures. You’ll also get the chance to see the remains of Lady Elizabeth, a Norwegian ship which wrecked here in 1936. A sweep of white sand, dolphins dancing offshore, and penguins huddled on the beach all make this a coastal hike you won’t forget in a hurry. You’ll also be able to see the remains of World War Two guns on Ordnance Point.

What? Carcass Island is named after HMS Carcass, which visited in the late 18th century. It’s a treasure of beautiful beaches, unique wildlife, and rolling countryside. The whole island is a managed sheep and cattle farm, but it’s also an important site for unusual species of bird thanks to a distinct lack of predators.

Where? Just a hop, skip, and a jump from the coast of north-west West Falkland. If you fly there on the small Britten Norman Islander aircraft, you’ll be rewarded with spectacular views along the way.

Why? Head to the highest point on Mount Byng (213m) or simply explore the many tracks and trails to deserted coves, dramatic sea cliffs, or vast open plains. You can get the Seaquest ferry over to West Point to explore further, giving yourself a fantastic opportunity to spot dolphins and to visit one of the breeding areas of the black-browed albatross.

What? Saunders Island is one of the most spectacular islands in the Falklands, and it’s known for its penguin and albatross colonies on a hike along the spine of the north part of the island. This trail will take you from Rookery Mountain (421m) in the east, through the narrow island’s sandy ‘neck’ and back up again to Mount Harston (436m) in the west.

Where? Saunders Island can be found just off the coast of north-west West Falkland. There’s Byron Sound off the island’s western shores, while Keppel Island lies nearby to the east.

Why? Saunders Island is one of the more dramatic islands in the group, complete with undulating terrain, vast white beaches, and dramatic, remote landscapes. The hike that traverses the island is a challenging one, though it rewards you with spectacular views of the azure Atlantic Ocean to your right and superb views of neighbouring islands to the left. The hike also takes you across the sandy isthmus known as ‘the neck’, which is regularly inhabited by hordes of penguins and albatross.

More adventurous things to do in the Falklands

While the Falkland Islands are in such a remote part of the world, it’s easier than you might think to get to them. The UK Ministry of Defence operates twice weekly flights from Brize Norton in Oxfordshire directly to the Falklands. Alternatively, you can arrive on one of the LATAM weekly flights from Santiago, Chile on a Saturday, or Sao Paulo on a Wednesday.

We’ve only briefly touched upon the amazing things to do in the Falklands. If you would like to find out more about what they can offer you, click here.