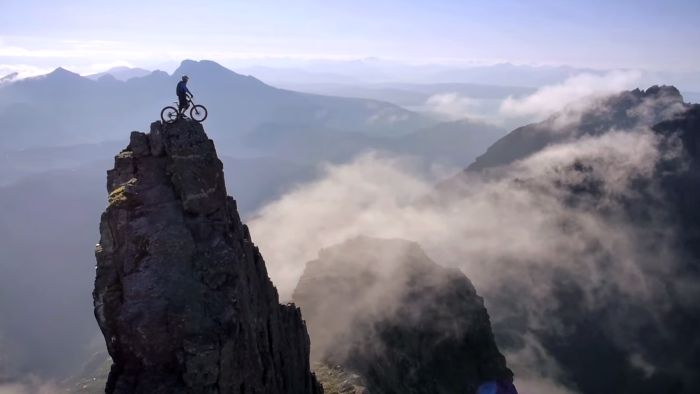 The latest installment of our video of the week feature follows trials cyclist Danny Macaskill as he returns to his native Isle of Skye in an effort to ride along the menacing Cuillin Ridgeline.

The Cuillin is a range of mountains that are considered both spectacular and challenging. They are often thought to be among the most technical mountains in Britain with many summit attempts requiring scrambling or rock-climbing.

For that reason, it is remarkable that someone could climb them with a bike, let alone cycle along the ridge and back down to sea level. Some of the tracks that Danny rides along are so daunting that even your average hiker would think twice before scrambling along them.

Understandably, all of the above makes for great viewing, but it’s also shot amazingly well and it offers a glimpse into some of the most dramatic scenery of the Isle of Skye. In fact, after watching it, we kind of want to go now!