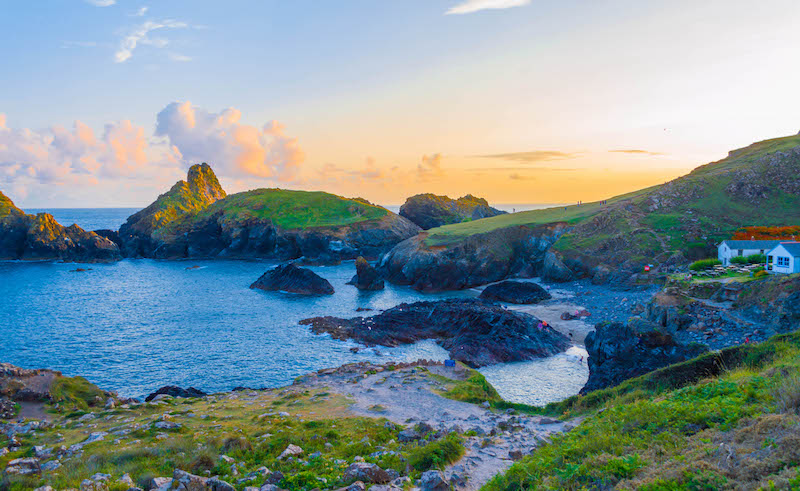 6 of the best walks in Cornwall

There’s something quintessentially British about a ramble in Cornwall’s countryside, whether it’s the picturesque seaside towns, abundance of cream tea shops or that enticing smell of fish of chips as you near the sea. Walks in Cornwall are popular during the summer thanks to regular blue skies, but we love heading there in autumn, when the hordes of tourists have departed for the season and windswept coastal hikes await.

To celebrate these fantastic hikes, we teamed up with the folks over at AKU, who have just launched the new Selvatica GTX multi-terrain shoes, available in both mid and low versions for summer 2019. The Selvatica features a Vibram Megagrip sole for excellent traction on rugged coastal paths, with a Gore-Tex comfort lining which makes them ideal for the changeable conditions you’ll experience in autumn. Check them out here.

In the meantime, here are six walks in Cornwall you absolutely can’t miss on an adventure down south.

St Michael’s Mount looks like something akin to a fairy-tale, erupting from the sea at high tide as through it had once-upon-a-time risen from the murky depths. The small island is actually a civil parish, but makes for a picturesque end point for a nine-mile coastal hike along the South West Coast Path.

The hike begins at Lamorna Cove and takes in the impossibly quaint village of Mousehole and the famous port of Penzance, along with sweeping coastal views.

Due to the popularity of Cornwall’s coastal hikes, the inland countryside is often overlooked, but there’s a rich history to discover here. From Bronze Age ritual sites to immense rock formations, a walk on Bodmin Moor is a lesson in geology and geography, with superb views to boot.

As an open access area, you don’t need to stick to the trails here, but to give you a steer, this three-mile route gives you a real taste of what these moorlands have to offer, passing by Bronze Age monuments such as The Pipers and a curious pile of rocks known as The Cheesewring.

Explore picturesque bays and hidden shipwrecks on this five-mile loop around England’s most westerly point. The hike begins at the fishing village of Cove Hill, from where you’ll follow the rocky coastline with the deep blue waters of the Celtic Sea crashing down below. Upon reaching the iconic sign at Land’s End, you’ll head back inland through quaint countryside to reach your start point.

Walks in Cornwall don’t get much more stunning than this five-and-a-half-mile coastal hike from Lizard Point to Mullion Cove. It’s also tougher than it looks, thanks to a sprinkling of inlets and coves that require you to scramble down to beach level and a clamber back up the other side to re-join the clifftop path.

You’ll get to check out mainland Britain’s most southerly point, as well as the spectacular Kynance Cove. Keep an eye out for grazing migrants such as Dartmoor ponies, and even more bizarrely, Highland cattle.

A wonderfully varied four-and-a-half-mile walk that sees you following the coast from Porthallow to the mouth of the Helford River and then on to the beaches of Gillan, before turning back inland to follow bridleways and a pretty wooded footpath back to the start point. The authentic fishing village of Porthallow makes a lovely place to bookend your walk with a hearty cream tea or post-walk pint at The Five Pilchards. 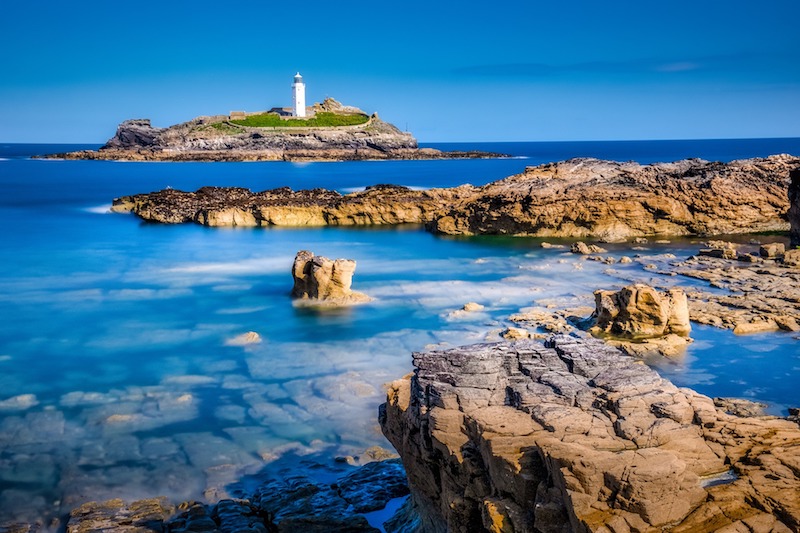 Sea-life lovers will enjoy this coastal hike, which boasts beautiful views of the coast and Godrevy lighthouse, along with the opportunity to spot seals, dolphins and other wildlife. You’ll begin the five-mile hike at the Godrevy National Trust car park and head through the sand dunes up onto the clifftop, where a stunning view of St Ives bay opens up.

Following the coastal path around the Godrevy headland, you’ll eventually reach the dramatic cove known as Hell’s Mouth, from where you can retrace your steps back to Godrevy.

The right shoes for walks in Cornwall

Walks in Cornwall will often make use of rugged coastal paths, traverse swathes of marshland and cross picture-perfect beaches, meaning you need something on your feet that’s capable of tackling a variety of different terrain.

AKU’s new Selvatica shoes have excellent traction thanks to the Vibram Megagrip outsole and are perfect for the warmer southern climes thanks to the Gore-Tex extended comfort lining, which has excellent moisture management.

The Selvatica shoes are also incredibly lightweight and comfortable, thanks to a new welding technology that eliminates the need for uncomfortable stitching, making them a versatile option for a range of adventures. 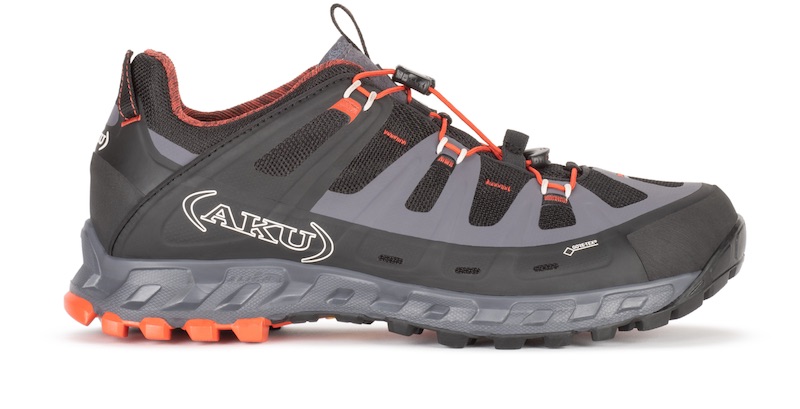 Interview: The 70-year-old man who walked the Zambezi
Mount Elbrus: How to climb the highest peak in Europe
5 of the best one-day walks in Wales
Type to search or hit ESC to close