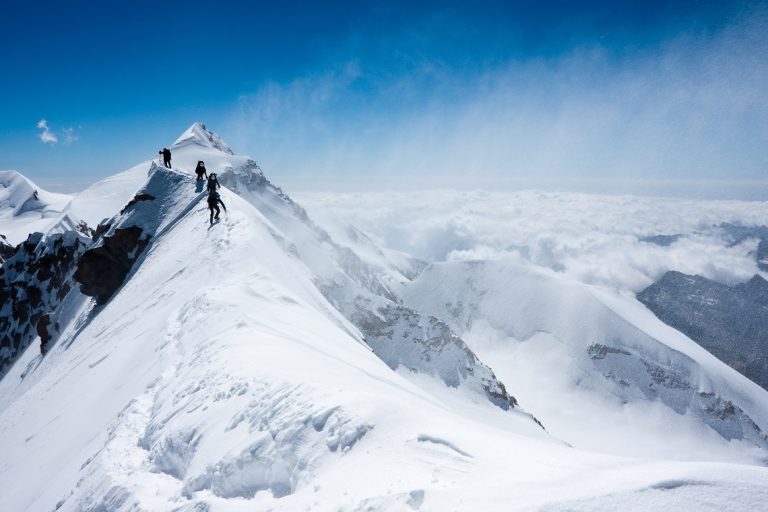 LYSKAMM, SWITZERLAND
Lyskamm is a mountain in the Pennine Alps situated between the borders of Switzerland and Italy. At 4,527m, this infamous 3-mile ridge has a sinister reputation during winter for being a Menschenfresser (maneater) owing to its many cornices (overhanging ridges of snow covering gullies) and frequent avalanches. In good weather, however, it’s a moderate, rocky scramble for most experienced mountaineers.

The mountain is often climbed as a traverse from the Feliksjoch (west) peak, 4,479m, to the Lisjoch (east) peak, 4,527m, with some very narrow sections in between. Those bold enough to tackle this tightrope-like route will be treated to magnificent views of the Monte Rosa Massif and the glory of having climbed one of the Alp’s most notorious ridges.