6 of the best winter coastal hikes in the UK

There’s something truly magical about the coast in winter. Whether it’s the dramatic landscape dusted in frost, the excitement of purple storm clouds gathering above a crashing tide, or simply the scarcity of coming across another soul, winter coastal hikes are just as wildly beautiful as their summer counterparts.

We’ve teamed up with Klean Kanteen to celebrate the launch of the new TKWide, a versatile, thermally-insulated flask, which would make an ideal companion for your winter coastal hikes. The TKWide features an award-winning Climate Lock™ double-wall vacuum insulation, which will keep your drink piping hot until you need it most. Get yours here, or read on to discover our favourite UK winter coastal hikes.

While Heddon Valley (with its swathes of magical woodland and dramatic rocky coves), is spectacular all year round, we love heading there once the tourists have dispersed and the trees are dripping with autumn colour. This six-mile circular route takes in a portion of the historic 19th century carriageway, plus a small snippet of the reliably beautiful South West Coast Path, as you traverse some of England’s most striking coastal scenery. You’ll also get the chance to have a nosey at a Roman Fortlet and some ancient oak woodland on your way back to the start point.

The white chalk cliffs on this wonderful stroll between two seaside towns are all the more alluring on a crisp winter’s day, with the wind whipping up the waves down below. You’ll follow the Viking Coastal Trail, which is interspersed with golden sandy beaches such as Botany Bay and the delightful Kingsgate Bay. Here, you can admire a picturesque sea arch and take refuge from the bracing winds with a hot chocolate on the beach. Margate and Broadstairs are well connected by public transport, allowing you to easily reach your start point on completing the walk.

For sweeping coastal views and far-off snow-capped peaks, head to the Land’s End of North Wales on the Llŷn Peninsula, where a remote ramble in the countryside awaits. You can follow the Wales Coast Path from the National Trust car park in Aberdaron along a stunning stretch of coastline, complete with vast sandy beaches and the storm-coloured Irish Sea. The walk ends at a very unique beach known as Whistling Sands, named for the peculiar squeaking noise that the sand makes underfoot.

This spectacular stretch of the Norfolk Coast Path comes alive in winter, when thousands of migrating birds take shelter from their harsh Arctic breeding grounds. You’ll set off from the charming Holkham Beach, passing by the picturesque coloured cabins of Wells-next-the-Sea and on along the tumbling sand dunes to Blakeney, where you can catch the frequent Coasthopper bus service back to your start point. 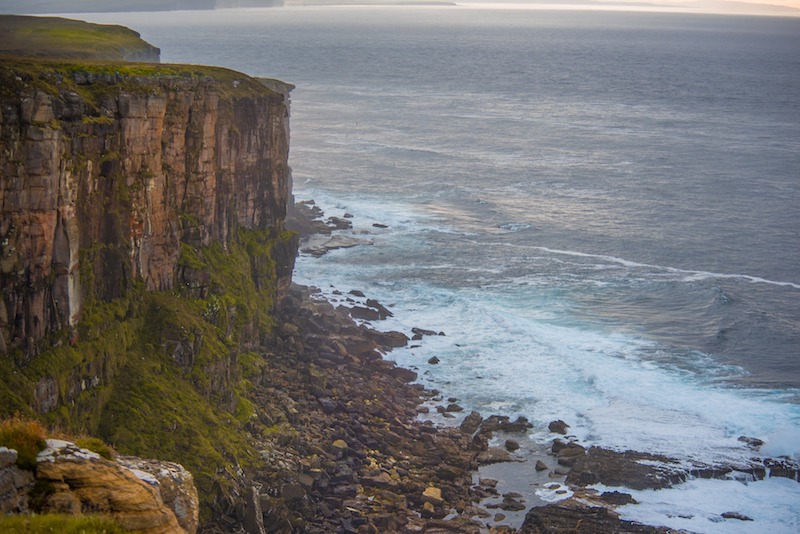 Take an invigorating stroll around Dunnet Head, found at the most northerly point of mainland Britain, which is a great place to blow the cobwebs away and take in the crisp sea air. Keep an eye out for the Dunnet Head Lighthouse, a bold white tower usually found amid moody skies and frantic waves, as well as sensational views out to Orkney. This is rugged, remote Scotland at its finest.

The clifftop walk along the Seven Sisters is a beautiful hike at any time of the year, but we love heading there in winter, when the waves are crashing majestically against the crisp white cliffs and you get the views all to yourself. Follow the South Downs Way from Birling Gap along to Haven Brow and then head inland away from the wind-whipped coast to end up at Exceat, where you can catch the bus back to your start point.

No matter what else you have in your pack on these winter coastal hikes, the one thing you won’t want to forget is your thermally insulated flask. The new TKWide by Klean Kanteen features an award-winning double-wall vacuum to ensure your hot beverage of choice is ready and waiting to warm you up when you need it most. There’s truly nothing like the serenity of huddling around a hot chocolate while perched atop a cliff, soaking up the atmospheric sounds and sights of a winter coastline. Get yours here. 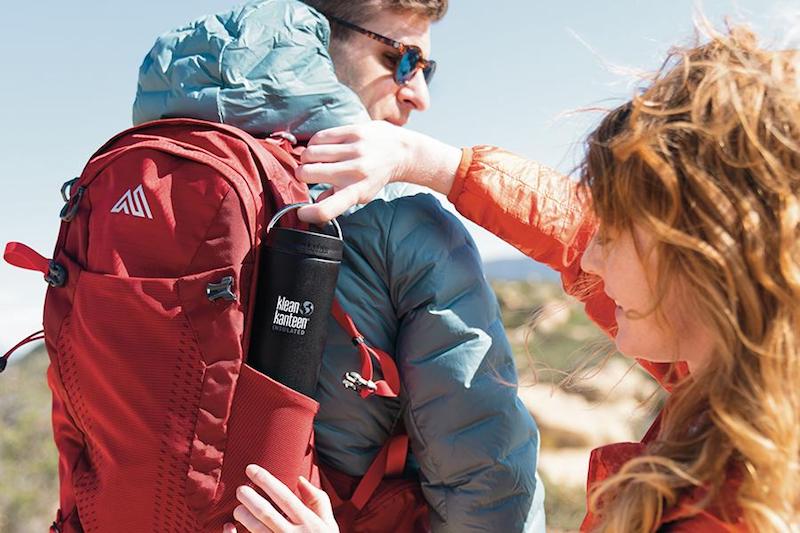