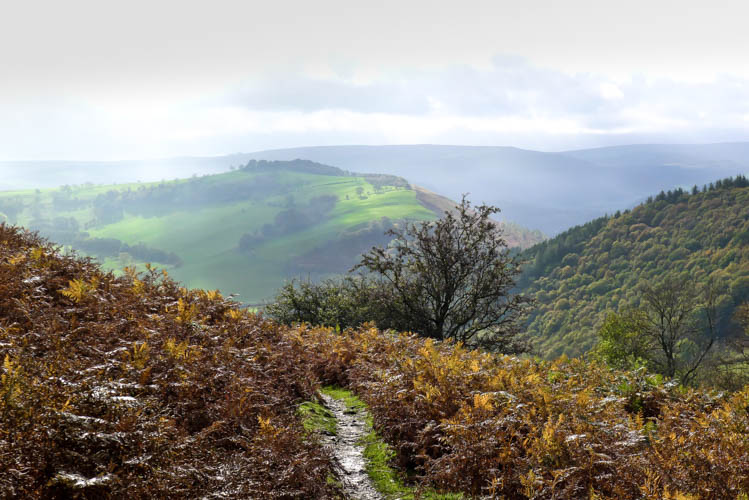 How to hike the Offa’s Dyke Path in Wales

Wales has much to offer the avid hiker with endless adventures across the country, but the long distance footpaths are where the real magic is. David Fuller reveals all there is to know about the amazing Offa’s Dyke Path with its ancient ruins, castles and stunning views – but be sure to check the pubs are open…

What the Offa’s Dyke Path?

A path that runs for 177 miles along the Welsh border. For much of the route it follows the ancient dyke built in the 700s by the Mercian King Offa to keep the Welsh in their place (although some experts have recently suggested it could have been built by someone else a century earlier). It was opened as a long-distance path in 1971. 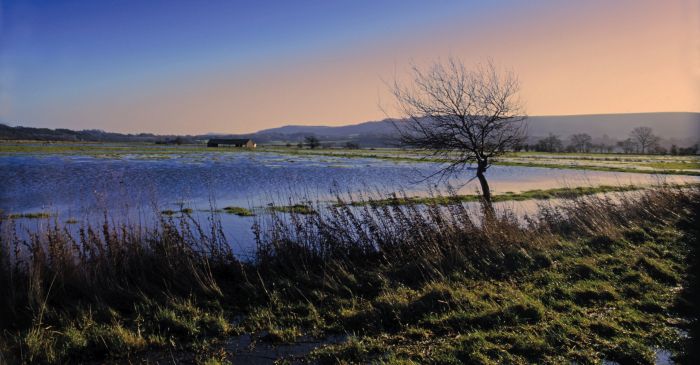 Where is Offa’s Dyke?

It starts at Prestatyn on the coast of North Wales and runs virtually due south, following the England/Wales border, ending on the Bristol Channel near Chepstow.

The Offa’s Dyke Path features some glorious countryside, moorland and pasture, passing historic castles and even older hill forts, ruined abbeys and some delightful border towns and villages. There are campsites, some youth hostels and a reasonable selection of B&Bs along the way.

Does the Offa’s Dyke Path live up to its appeal?

Certainly. Many walkers will already know the magnificent Hatterrall Ridge in the Black Mountains south of Hay-on-Wye and the Clwydian Range north of Llangollen – both can be stunningly beautiful or bitterly miserable depending on the weather.

There are other gems too, like Hergest Ridge near Kington and the Shropshire Hills north of Knighton. There’s also an option to follow the River Wye south of Monmouth, maybe with a small detour to take in the beautiful ruins of Tintern Abbey.

There is no obvious advantage in starting at the northern or southern end of the trail. Whichever you choose, prepare for an uninspiring start, either through Prestatyn or the outskirts of Chepstow. But things rapidly improve and you will soon be enjoying fine walking along well-signed paths. 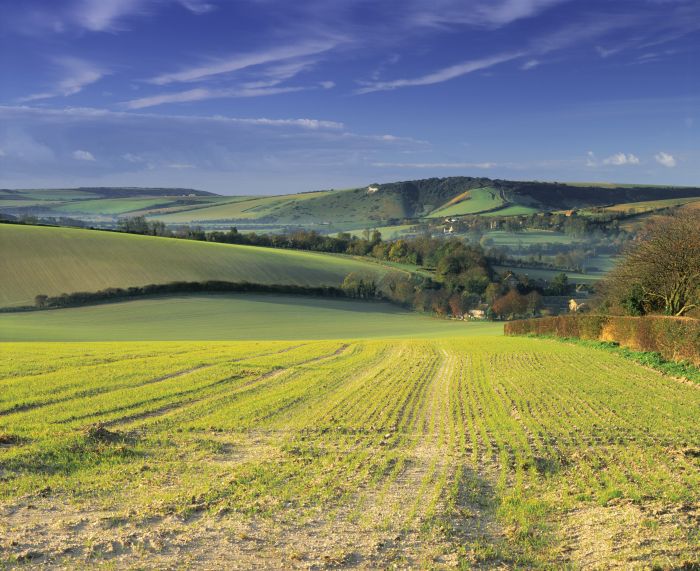 You may need, or want, to leave the path briefly and take in some of the attractive small towns along the way. Certainly Llangollen is worth a visit, as is walking over the famous Pontcysyllte canal aqueduct which crosses the River Dee nearby.

Montgomery is another charming small town, and so are Bishop’s Castle and Clun a little further south. The second-hand book capital of Hay-on-Wye is right on the path and, continuing south, Llantony Priory is worth a detour (with a bit of a climb up again afterwards).

Monmouth, with its 13th century fortified bridge, is well worth a stop, if only to brace yourself for the killer climb up to the Kymin with its magnificent views. 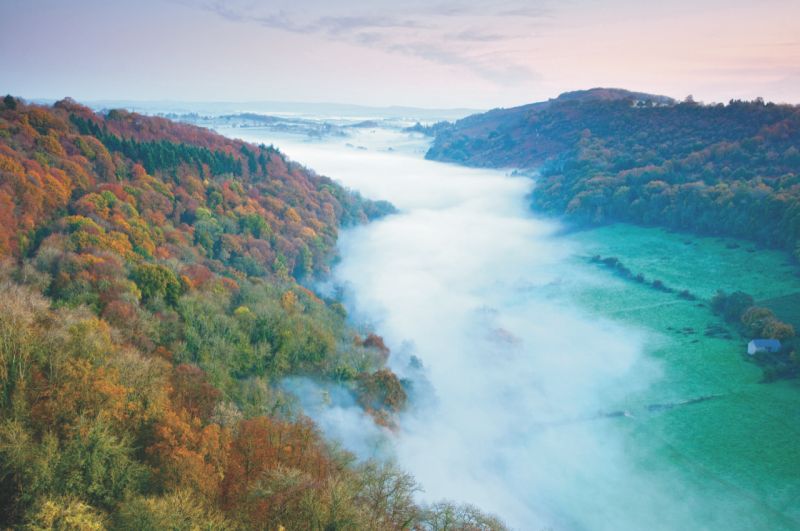 Historians and archaeologists will have a field day on the path. The earthwork is visible along many stretches, but is particularly clear around the half-way town of Knighton, where you’ll find the Offa’s Dyke Centre. There are also castles galore along the route.

The path goes right past the impressive White Castle in Monmouthshire, but you can also look in on the dramatic ruin of Dinas Bran near Llangollen, Chirk and Powys Castles (both National Trust), Montgomery, Clun, Monmouth, St Briavels (if you take the hilly route rather than following the River Wye) and Chepstow. If you like Iron Age hill forts, you’ll enjoy a string of them on the Clwydian Hills.

But the main attraction has to be the walking itself, whether you are taking a series of leisurely rambles or completing the walk in one stretch. It may not be the most challenging, but from my experience it is certainly one of the most enjoyable.

The Offa’s Dyke Path is well-signed, but still take the appropriate OS maps. It doesn’t matter if you start in the north and walk south or vice versa. There are campsites, some youth hostels and a reasonable selection of B&Bs along the way, but check ahead if you plan to stop at a pub for lunch – they seem to be closing down at an alarming rate.

You can walk the path all in one go, which will take about two weeks at a steady pace, but it’s easy to break it down into weekend-sized chunks too. 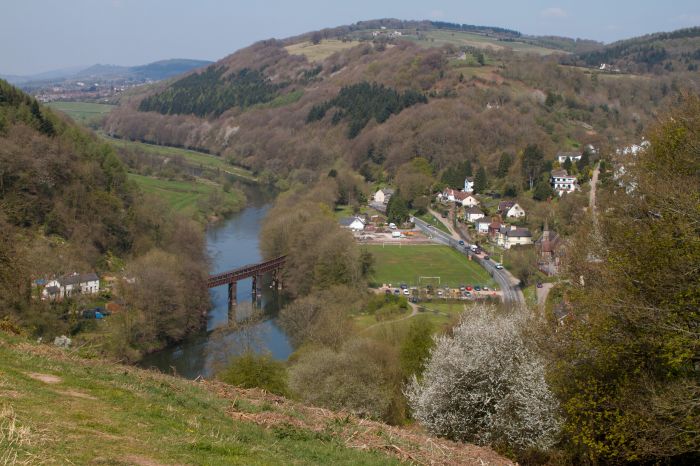 Trail length: 177 miles.
Start point: Prestatyn seafront.
End point: Sedbury Cliffs near Chepstow.
How long does it take? Around a fortnight for a steady walker, though less for the super-fit.
What should you pack? Good boots and waterproofs are all you really need.
When should you go? Any time of year. The Hay-on-Wye festival is at the end of May, and the Llangollen Eisteddfod is in the second week of July. They might be added attractions, but accommodation might be tight too.
What are the dangers? None, unless you are particularly badly equipped in poor weather. It’s hardly a danger, but do check in advance that pubs are still open.
What are the highlights? The Clwydian Range and the Black Mountains for bracing hill walking.
Get the guidebook: The Trailblazer series produces a good guide (best for walking north to south) on the Offa’s Dyke Path, complete with accommodation details. There are two books published in the National Trail Guides series (these assume you are walking south to north). OS maps obviously, but the path is well signed.