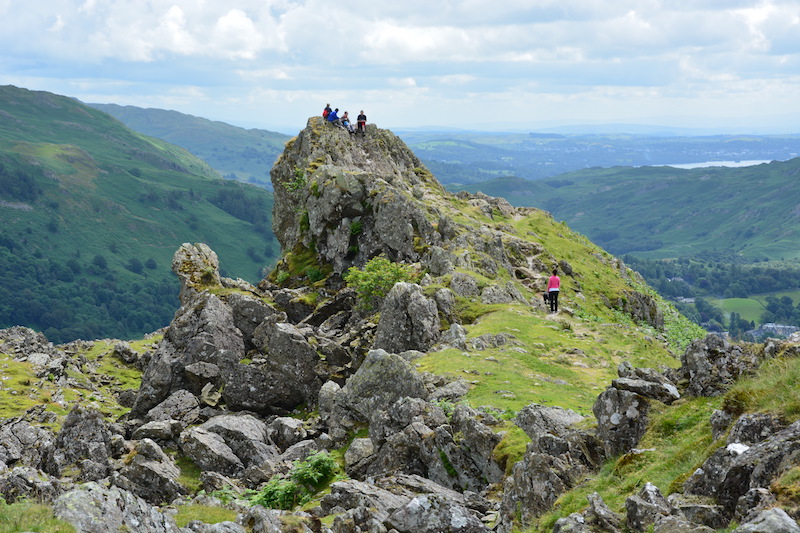 Helm Crag: Tackling one of the Lake District’s most distinctive fells

Caroline Butterwick heads to the Lake District to tackle Helm Crag, one of the area’s most distinctive peaks, with a summit rock formation known as the Lion and the Lamb.

“There’s no such thing as bad weather, only the wrong clothes,” I said to my partner as we clutched our coffees and listened to the rain hit overhead. I was saying it to convince myself, not just him.

We were in Grasmere on a dreary August bank holiday with a plan to walk Helm Crag in the Lake District, a distinctive fell that rises over the village. As tempted as we were to stay sheltered in the peaceful Faeryland café by the shores of the lake, we, slightly begrudgingly, decided not to put our walking boots to waste and headed out.

As soon as we got going, both the weather and our enthusiasm picked up. Coming out of Grasmere, busy with bank holiday visitors, we reached the quiet Easedale Road that led us gently towards the fell. Soon, Helm Crag appeared ahead, looking almost lonely on the skyline. After a short, accidental detour that took us towards the Lancrigg Hotel, we retraced our steps, before turning right, off the road and onto a path that took us on the wooded zig-zagging route up the fellside. 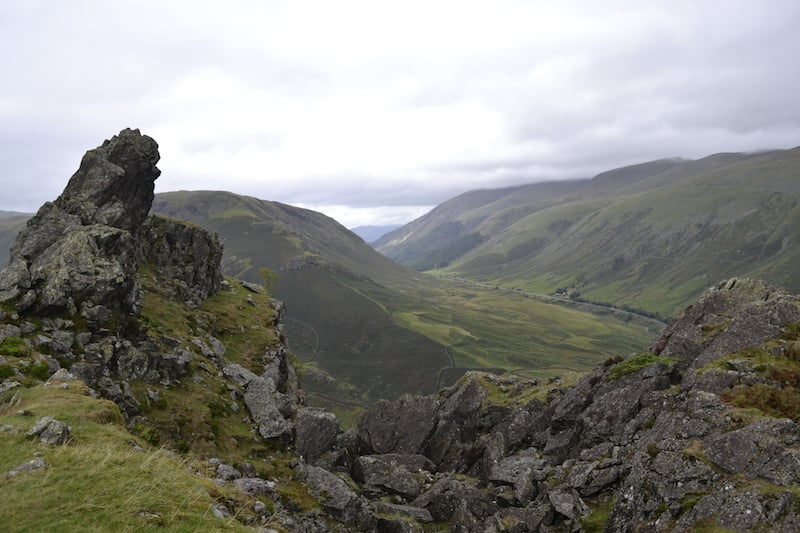 Helm Crag’s ascent is short and steep. Each time I paused for breath, I was surprised to see how far we’d climbed. There was some scrambling as we neared the end and I was glad to be wearing waterproof trousers as I pulled myself over the drenched rocks.

The summit provides a good view down to Grasmere, with Windermere glistening in the distance. Several small groups were gathered, making me wonder how we had passed so few people on the way up, as if they had all just teleported to the top.

The summit sees the rock formation that gives Helm Crag its alternative name of ‘the Lion and the Lamb’. I was surprised that it actually did resemble it somewhat, albeit with the odd adventurous person perched on top.

After our traditional summit snack of Kendal Mint Cake, we followed the path back the way we came. Though the rain had pretty much stopped, the ground was still very damp, so we took it slow. Returning to Grasmere for a warming drink, we were both tired and full of the energy that comes from completing a wonderful, if wet, walk.

If you’re planning on tackling Helm Crag yourself, here is a great four-mile route that sets off from Grasmere, with a steep yet short ascent to the top, followed by an equally steep descent with some technical rocky sections. You can also return back the way you came for a shorter, linear walk.

5 of the most remote hiking trails in Europe
The Lake District: An incredible ascent of Skiddaw
How to climb Mount Ararat in Eastern Turkey
Type to search or hit ESC to close