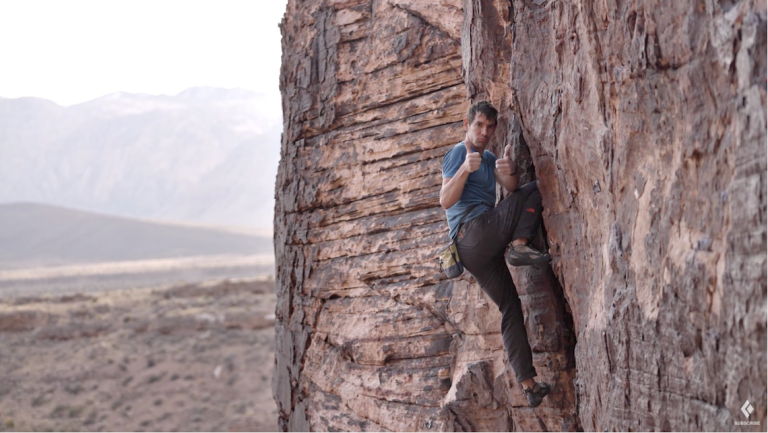 When it comes to the art of climbing rock, Alex Honnold is one of the greats. The American climber has made a name for himself scaling some of the world’s most iconic big walls, without a rope, including the sheer, imposing 914m-tall El Capitan in Yosemite Valley, a feat few thought was possible, which was immortalised in the Oscar-winning documentary Free Solo.

It was a super-human climb, but as this brilliant video shows, Alex is still as human as the rest of us.

Presented by climbing brand Black Diamond, it shows the star trying (and sometimes failing!) a handful of low ball bouldering problems with the biggest of grins on his face, while also cruising up a few free solos for a warm-up, to restore some normality to the situation…

It’s a lighthearted insight into Alex’s character and shows one of the sport’s most recognisable athletes simply doing what he loves, climbing. Check it out below: