You can plan, you can train and you can spend every spare moment you have researching and preparing yourself for an expedition. But that doesn’t mean that you will achieve your adventure goal.

Last month, six women from all different backgrounds and abilities came together to try and hike the height of Everest (8,858m) over five days in the Lake District. The women came from the Love Her Wild community and wanted to prove that great adventures can be had on your doorstep. The women had never met as a team before.

They failed their expedition for a number of reasons. Weather, terrain, injuries and self-doubt all played a part. But on day five, as the team walked off Scafell Pike having only reached 6,220m, their faces were full of joy and smiles.

Was this a team who felt like they had failed? Far from it. This was a team of women who had thrown themselves into something new, giving it everything they had and who left with new insights into themselves and their lives. Here are seven things they learned from failing the Everest Adventure:

1. If you think your idea is good, there will be other people who do too! 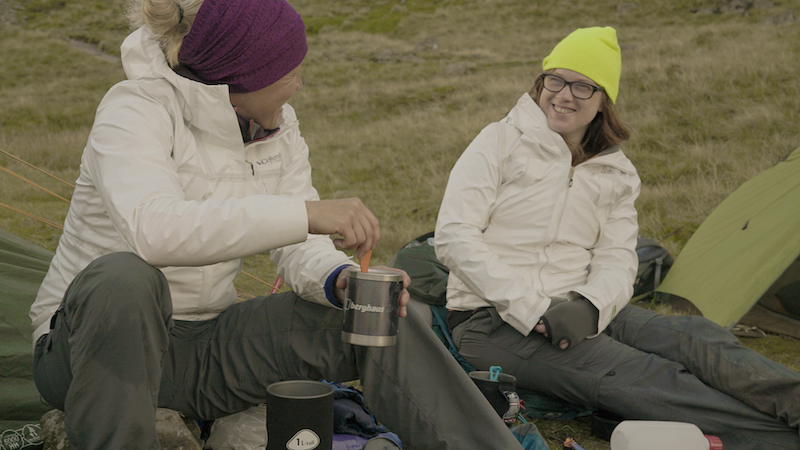 I first came up with the idea of the Everest Adventure in March this year and I decided straight away that I wanted to do it with a team, which was a problem as I don’t actually have any friends who enjoy going on adventures. Undeterred, I put a message out in the Love Her Wild group asking women to send an email if they would like to join me. I honestly thought I would get a handful of responses. Three weeks later I had over 100 applications sat in my inbox from women who loved my idea and wanted to join me.

Never be afraid to put your idea out there. If you think it’s good, I guarantee there will be others out there who share your enthusiasm.

2. You don’t need to go far or spend much to have an adventure 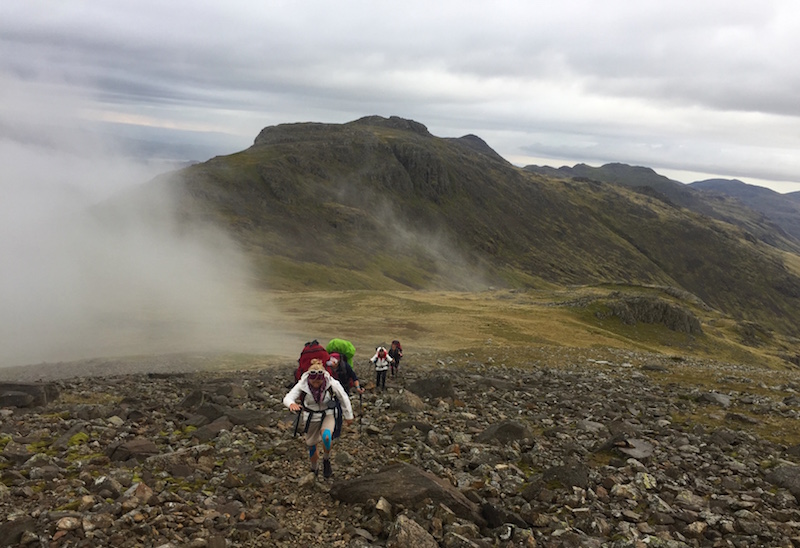 A big aspect of the Everest Adventure was proving that adventures don’t have to be expensive, in exotic places or for the elite. We did our expedition in the Lake District and (excluding travel) we only spent about £100 each for food, accommodation and an essential team T-shirt! Some of our gear had been sponsored by companies who heard about our trip and were excited about our message and we had plenty of offers from people to borrow gear.

3. Too much planning can be a bad thing 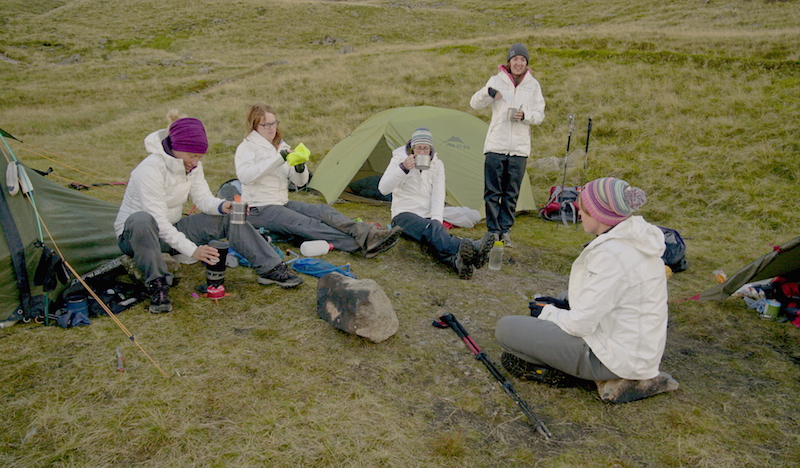 We had a planned route that we were intending to follow, with suggested wild camp spots and water fill points. But by lunchtime on day one this plan had gone out the window. No matter how much planning you do, sometimes you just don’t know how things will go when you get there. Although it might seem a little daunting going into an adventure not really knowing what the plan was the next day, we soon learned that actually this is the best way. Each night we made the route decision as a team depending on how we were feeling and how the day had gone.

4. The five essentials of an adventure; food, warmth, sleep, hugs and laughter 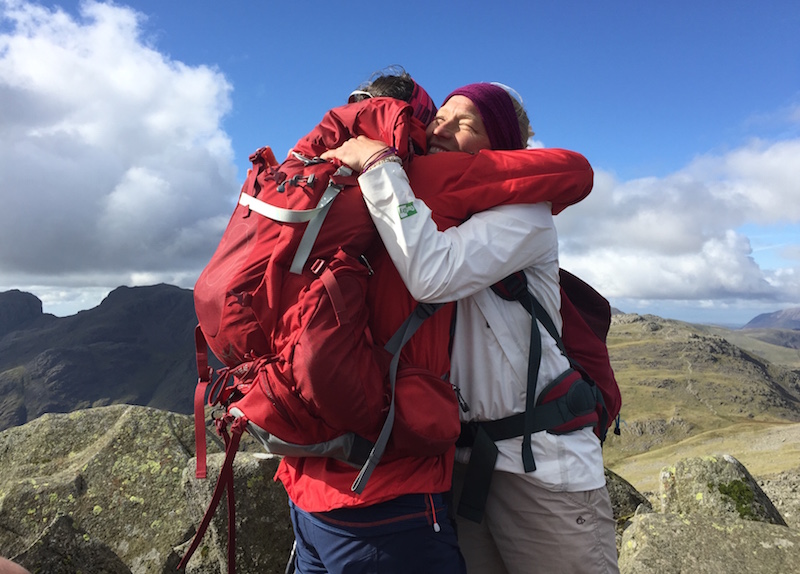 Things got really tough on the adventure and each teammate had moments where they felt like quitting or questioned what on earth they had signed up to. When the mood was low a good meal, some sleep and getting warm would suddenly make everything seem a lot better. What really made the difference though was some love and laughter from the team… there really is very little that a hug and a joke can’t solve. 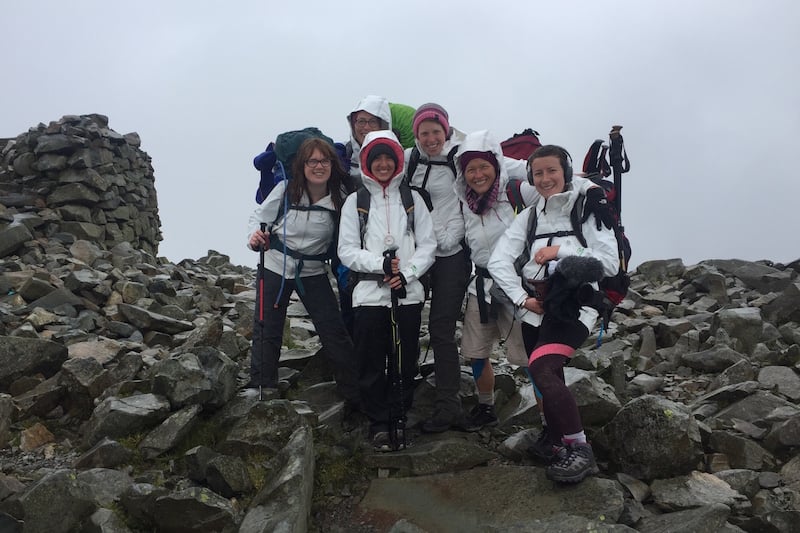 On day three we realised that at the pace we were going there was no way we would reach our Everest target. The reality was that some members of the team could have pushed on to get more elevation in with the time we had left. Everyone had a say in the decision… do we carry on as individuals with the hope that some of us reach the goal, or stick together as a team knowing that we wouldn’t reach it? The decision was unanimous. We were doing it as a team.

After this meeting a huge pressure was lifted from the group as we let go of the idea of failing what we had set out to do. We came to terms with the fact that we would work hard and accept whatever the height was we could achieve. Instead, we focused on what we were really here for and what made this whole experience so incredibly special… sharing it with others.

6. The fear of failure is worse than fear itself 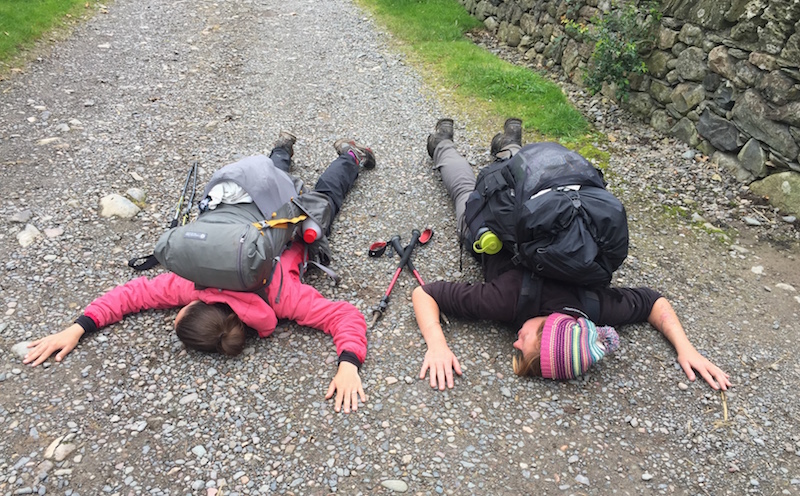 When I started out on the expedition, it crossed my mind that we might fail and that worried me. I didn’t want to let the team down, or our sponsors or those who were following our journey. But failing turned out to be so much better than I expected! Even once we knew we wouldn’t reach our target, we still carried on because we were having so much fun. The laughter didn’t stop, it increased. We stopped worrying about elevation and calculating distances in our heads and instead focused on enjoying the views and getting to know each other.

When we returned we were greeted with nothing but positivity. People congratulated us for at least trying and shared their own similar stories. We had proven that adventures and challenges really aren’t about the end goal, it’s the journey that truly counts.

7. The best friendships are made on adventures 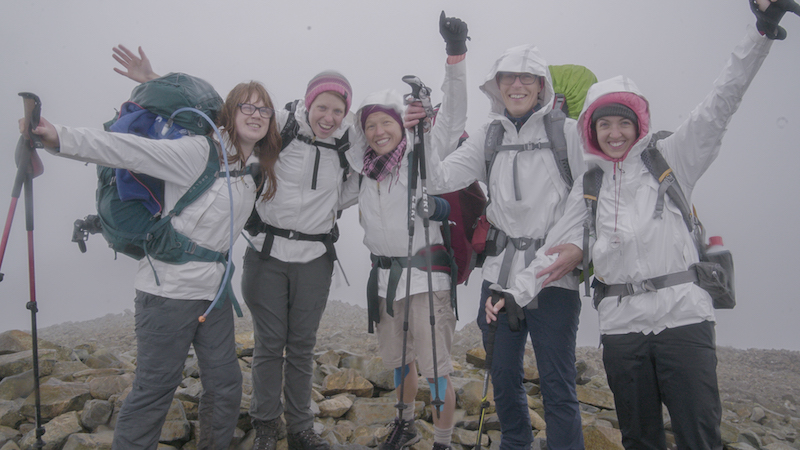 I’ve been asked lots what the best part of the expedition was and that’s easy to answer… the five life-long friends that I took away.

One night, all six of us crammed into one two man tent in our wild camping spot far from civilisation, the wind and rain hammering outside. We were tired, dirty and smelly. Our bodies ached from the long nine-hour trekking day and our cheeks were red from windburn. We huddled close together sharing pictures of loved ones and tales of past with such honesty and openness.

This is how true friendships are forged.

The Everest Adventure was taken on by teammates Bex Band, Seanna Fallon, Nichole Young, Kate Williams, Becki Read and Naomi Simington. You can find out more about the Everest Adventure and other upcoming adventures from women on www.LoveHerWild.com.

5 stunning walks in Devon to tick off this summer
8 of the best places to go hiking in Iceland
6 of the best things to do in Shonai, Japan
Type to search or hit ESC to close