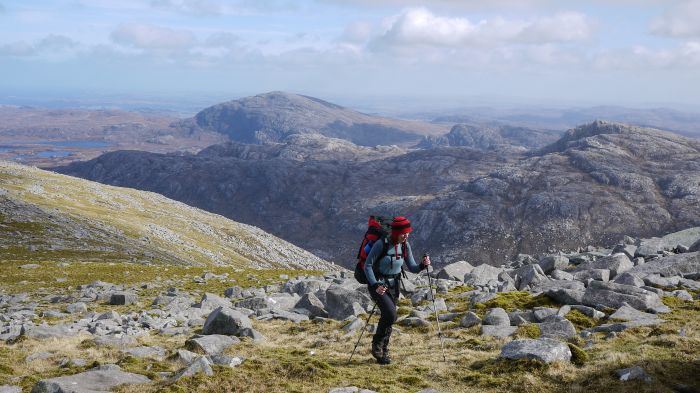 3 of the finest walks in the Hebrides

After a storm-battered visit to the Outer Hebrides in 1991, 15 years passed before Peter Edwards made his next trip to the Western Isles. Now that he lives in Glasgow barely a month passes between visits to one or other of the islands in the Hebridean archipelago.

Peter has written several guidebooks for Cicerone Press including The Hebrides, featuring 50 day walks and backpacking routes throughout the islands. He also contributes to various outdoor pursuits magazines….

For the adventurous walker the Hebrides provide an array of magnificent and diverse landscapes to explore. From the jagged volcanic ridges of Skye and Rum and the mighty glens and whale-backed summits of Mull and Harris, to the wild shores of Jura and Islay, the vertiginous sea cliffs of St Kilda and the endless white sand beaches of the Outer Hebrides, these islands provide a wealth of possibilities – and no shortage of challenges.

The terrain is often rough, rugged and pathless and navigational competence is essential. The facilities and infrastructure walkers may take for granted elsewhere, such as way-marked paths and public transport, are few and far between, requiring a certain amount of self-reliance. This of course only adds to the rewarding nature of walking in the Hebrides for those who like a challenge. 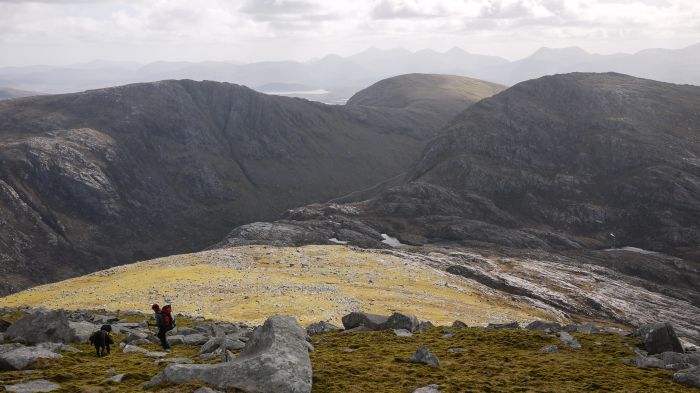 Several of the finest hill-walking days and mountain ridge traverses in all of Scotland are also found here, along with day walks and backpacking routes through remote island hinterlands. What all of these routes have in common is the breathtakingly beautiful landscapes they traverse, with elements of the diverse geology, flora, fauna and human history of the Hebrides encountered on every walk.

This is arguably the wildest and most spectacular stretch of coastline in Scotland. There are no roads, no permanent habitations and no livestock management; the shores and glens teem with wildlife and the ruggedly beautiful coastline of quartzite cliffs and white sand bays is festooned with remarkable geological features – it is one of the British Isles’ last great wilderness walks.

A five-day, 77km trek the length of Jura’s west coast makes for a very challenging and hugely rewarding endeavour. For those with less time, a three to four day walk between Jura’s northern end and the head of Loch Tarbert – the sea loch all but bisecting the north and south of the island – takes in many of the highlights. There are numerous sublime wild camping opportunities along this magnificent coastline and also three bothies (two maintained by the MBA) along the northwest coast. 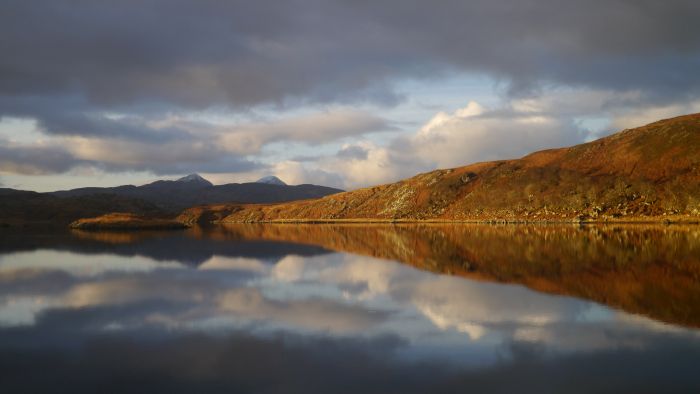 Rising above the Atlantic coast, the wild, rugged range of hills tucked away at the south-western corner of the Isle of Lewis are a lonely region where you’re just as likely to spot golden eagles as other people. The Uig Hills are comprised of twin rocky ridges cleft by Gleann Raonasgaill to the north and Gleann Tamnasdail to the south.

A fine and somewhat challenging circular walking route takes in six of the range’s summits – Mealaisbhal (574m) and Cracabhal (514m) on the western side of the glens and Tamanasabhal (467m), Teinnneasabhal (497m), Tathabhal (515m) and Tarain Mòr (410m) to the east.

The route, which leads into the hills from from close-by the beautiful Uig Sands, is suitable for experienced walkers with good navigation skills as it traverses some rough, pathless country – although these mountains are not especially high, the terrain is rocky and complex. Views in every direction are quite superb, not least south and west to the Harris Hills and shores, and a Landrover track through Gleann Raonasgail provides a short cut in either direction should you want to tackle the hills either side of the glen separately. 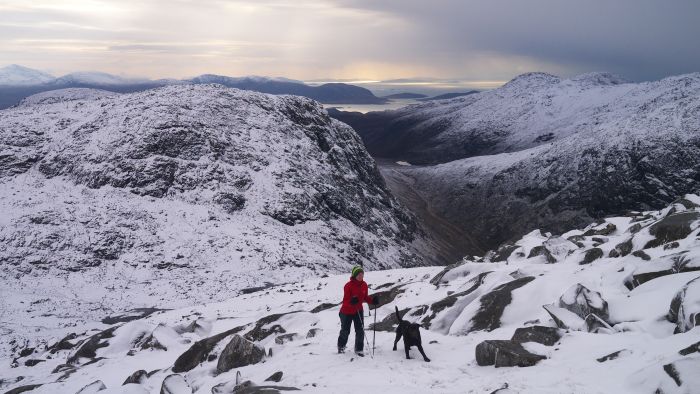 St Kilda is a group of small islands lying in the North Atlantic Ocean 40 miles northwest of North Uist. The islands are classified as outliers with cultural links to the Outer Hebrides that are not part of the archipelago itself. Hirta is by far the largest island at roughly 3.5km by 3km at its widest points. The island comprises two wide, amphitheatre-like bays, one north facing (Glen Bay) the other south facing (Village Bay), bounded by a serpentine ridge of hills. The highest point is Conachair at 430m, and its sheer northern flank is formed by the highest sea cliffs in the British Isles.

For those visiting Hirta on a day trip, a walk taking in the horseshoe of hills – Ruabhal, Mullach Mòr, Conachair and Oisebhal – and sea cliffs bounding the southeast of the island is manageable at around 3.5 to four hours. For those with the luxury of more time, a longer walk also taking in the rugged cliff top ridge framing the western flank of Gleann Mòr and the An Campar headland is well worth the extra effort and can be managed in 5.5 to six hours. Alternatively this northwestern part of the island can also be walked separately from Village Bay. 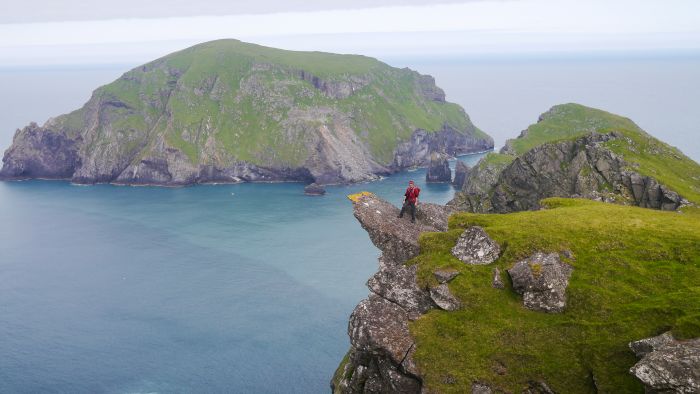 These hikes are summaries of routes taken from Peter Edwards’ forthcoming book The Hebrides (£18.95). See www.cicerone.co.uk.

5 of the best treks in Guatemala
The road to Everest: Preparation takes shape in Scotland
6 of the best places to spot unusual UK wildlife
Type to search or hit ESC to close