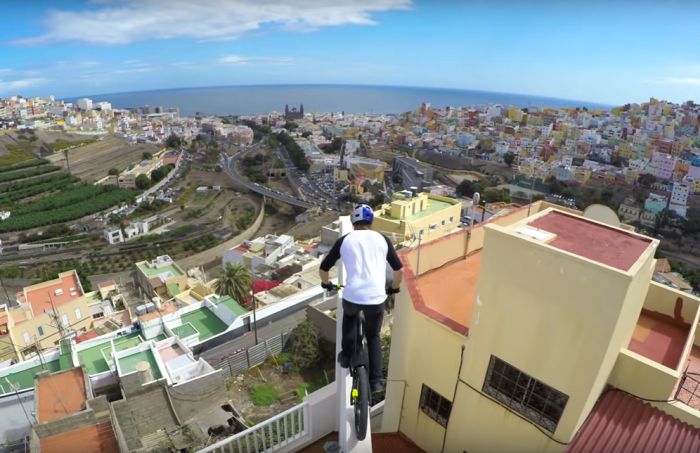 Danny MacAskill is probably a name that most of you are familiar with by now. And if you aren’t? Well, you’re about to find out thanks to his new video, Cascadia. MacAskill is a trials cyclist from Scotland who shot to fame with his breathtaking cycling videos. Over the years he’s been the star of many a viral video and has performed astounding tricks all over the country and indeed the world.

One of our personal favourites revealed his remarkable traverse across Cuillin Ridgeline on the Isle of Skye (watch here). This time he headed for warmer climes and performed a series of jaw-dropping moves on his way to the beach along the rooftops of Gran Canaria. This is one video that you don’t want to miss!

Watch: Is this still the best MTB film ever made?
3 wine regions to visit on a cycling tour of southern France
Watch: Danny Macaskill – The Ridge
Type to search or hit ESC to close