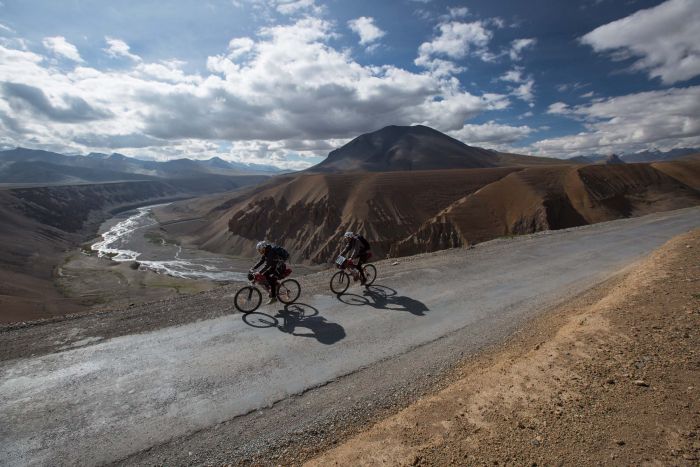 Video of the week: Cycling the highest road in the world

Earlier this year two friends from Australia embarked on a 340-mile mountain bike ride to the Himalayas and the (widely-accepted) highest motorable pass in the world. The journey would see them cycle through India from Manila to Khardung La, a route that would traverse numerous peaks above 5,000m and they would rarely dip below 3,800m.

Their wheels for the journey would be a couple of local mountain bikes that they picked up in New Delhi while they would also be carrying all of their kit themselves. They travelled along treacherous roads, through the most spectacular scenery and met an eclectic mix of people. The video is shot beautifully well and it truly makes you feel like you are there so it is well worth the watch!