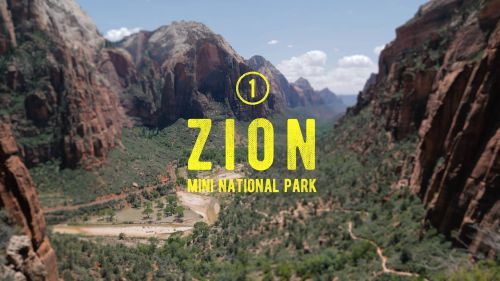 Time-lapse videos are nothing new. In fact, there are probably hundreds if not thousands of them floating around on YouTube and Vimeo. But there’s something different about this one of Zion National Park in America. And we love it.

The video is the first in a series that Issimo Productions are making to celebrate the National Park Service’s Centennial this year in America.

Zion National Park was first up and the areas sheer cliffs, narrow canyons and precarious ridges have been captures beautifully. Rather than the standard pan you often find on time-lapse videos, Issimo Productions have filmed the video in a way that we’ve never seen before.

Filming from several different locations throughout the video, they zoom in on certain aspects of the scene and capture the movement of visitors and the scale of the area perfectly. Check out the video below and then tell us you don’t want to head there yourself!