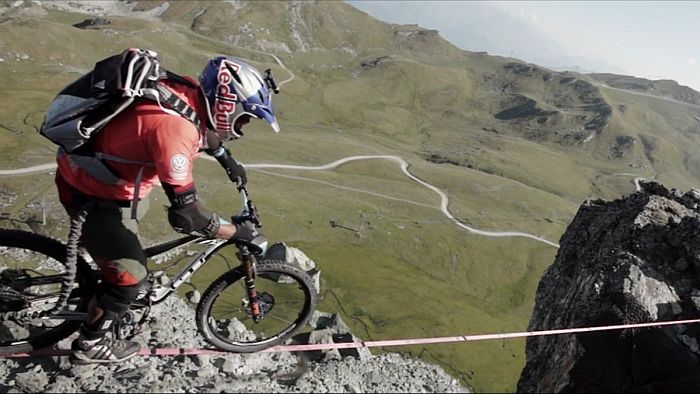 Extreme sports just moved up to a whole new level after legendary mountain biker Kenny Belaey rode his bike across an 18m slackline suspended above a 112m drop at an altitude of 2,700m.

The Belgian athlete performed the incredible crossing in La Plagne, a ski area located in the French Alps, and footage of the insanely brilliant manoeuvre can be seen in the video below.

Belaey is no stranger to physically and mentally demanding tasks having been crowned world trial bike champion an impressive nine times. But this has to be up there with his best achievements.

The attempt came after more than a year of preparation and six months of intensive training and it certainly looks like it paid off as he became the first person to ever cross a highline on a bike.