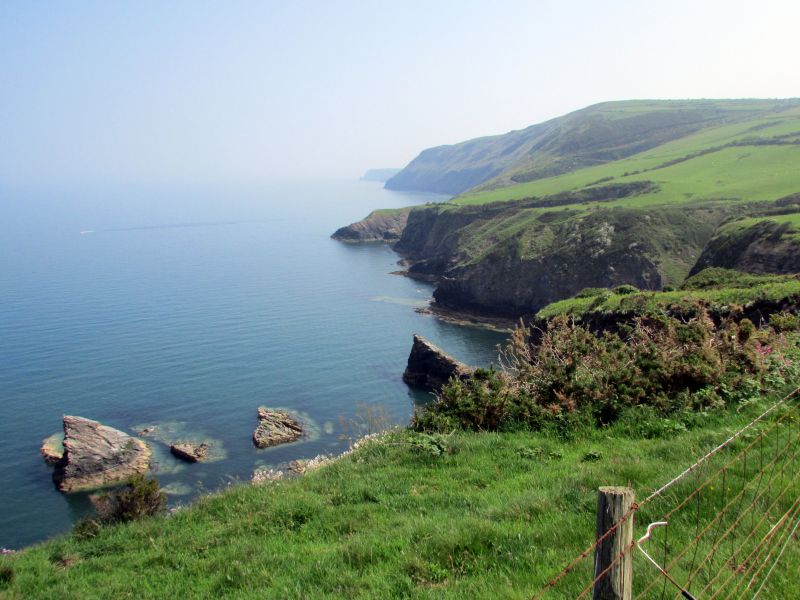 At 850 miles the Wales Coast Path is too long for most people to do in one go. Writer John B Jones introduces a more manageable chunk – the 145-mile, wonderfully varied Ceredigion and Snowdonia Coast Paths. 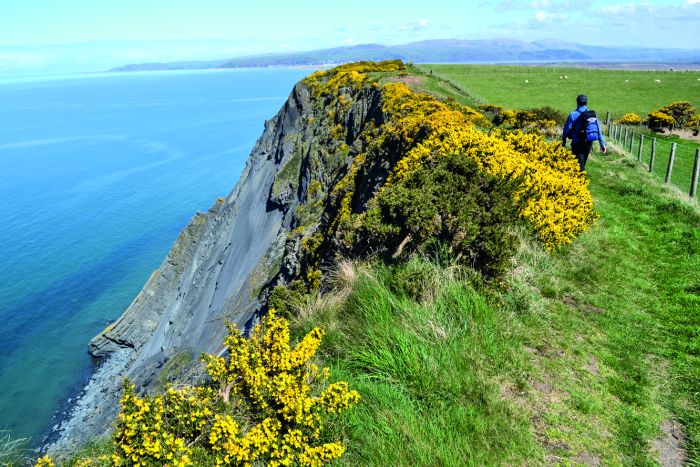 What is the Wales Coast Path?

The Wales Coast Path, from near Chester to Chepstow, a full 850 miles, was opened in May 2012. Too far for most people to walk in one continuous journey, it can easily be broken down into shorter sections. The magnificent walk down Cardigan Bay, along the Snowdonia and Ceredigion coasts, is one such section, following one of the finest stretches of coast path anywhere in the British Isles. (For general information about the Wales Coast Path visit www.walescoastpath.gov.uk).

From the Lleyn Peninsula Coastal Path in the north and the Pembrokeshire Coast Path in the south, and linking the bustling town of Porthmadog with historic Cardigan, the walk takes you down the coast on the edge of the Snowdonia National Park, around the beautiful estuary of the Dyfi, and along the rugged coast of Ceredigion, on the way passing through a number of attractive towns and villages. 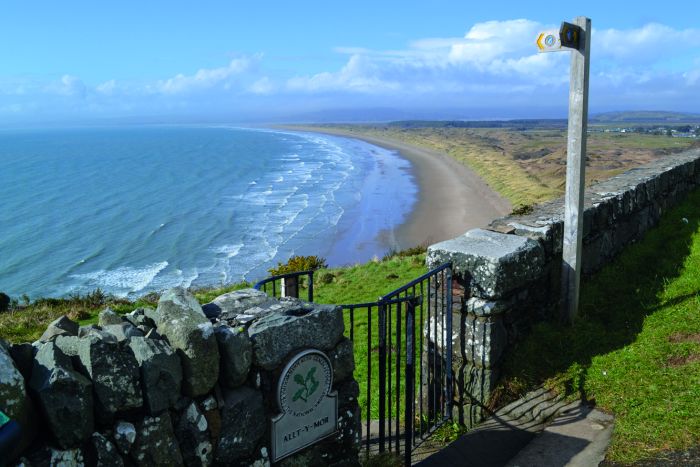 I first got to know this coast (or at least parts of it) as a child, and over the years have grown ever more fond of it. I think it’s partly because of the great variety and high quality of the scenery, and the many historical associations. So once the Wales Coast Path was opened I couldn’t wait to walk the full length of Cardigan Bay. I wasn’t disappointed. I followed high, rugged cliffs, crossed steep-sided cwms and strode out along vast sandy beaches. I followed the path across coastal plains and salt marshes, rich in wildlife interest, and wandered through the hill margins of Snowdonia, and the rolling countryside above the Dyfi estuary. I explored the many attractive towns and villages along the way. The views were ever-changing and often spectacular; and the wildlife was amazing.

I walked and re-walked the path a bit at a time, as well as in one continuous journey, and in all weather, and never tired of it. I loved the ever-changing views, from small-scale to the vast panoramic sweep of Cardigan Bay, and I relished the overall beauty of the surroundings and the quietness and remoteness that pervaded much of the walk. The landscape was imbued with a great sense of history from earliest times (seen in the standing stones and stone circles and ancient churches), through the centuries of struggle between the Welsh peoples and the English kings, to the era of shipbuilding all along this coast, and the Industrial Revolution with slate for export being brought down to the coast by the little narrow gauge railways.

I was fascinated by the geology of this coast, laid bare in the contorted cliffs and the many other landforms; and the immensely varied wildlife, in particular the wild flowers and birds.

Along the way I took time out to visit some of the many individual attractions, not least the great stronghold of Harlech Castle and the Vale of Rheidol narrow gauge railway. The occasional stark caravan sites were quickly passed, and they could not detract from the splendours of this coast. 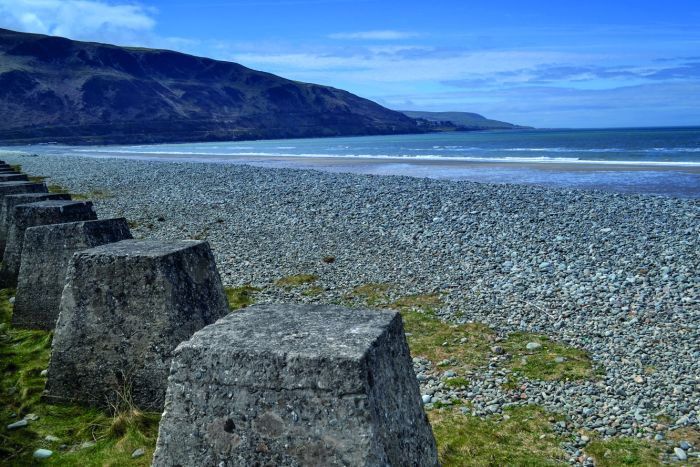 The start at Porthmadog is easily reached by train or bus and, at the end of the walk, regular buses leave Cardigan for Carmarthen on the national rail or coach network. Most settlements on the walk are served by regular buses and many by trains, enabling you to use public transport at the start or end of a day’s walk. In Ceredigion there is the Cardi Bach bus which can be booked to collect you and set you down at convenient points (see www.ceredigioncoastpath.org.uk). A Cab-a-bag luggage transfer scheme also operates in Ceredigion (see www.discoverceredigion.co.uk).

There are plenty of places to stay and lots of places to eat. The path is generally well signposted and waymarked.

If you like varied and attractive coastal hiking, with a bit of a challenge, but with the opportunity of a comfortable bed for the night, then the Ceredigion and Snowdonia Coast Paths are for you. Some friends of mine who didn’t know this area walked the route last year, and returned full of enthusiasm: it had far exceeded their expectations. 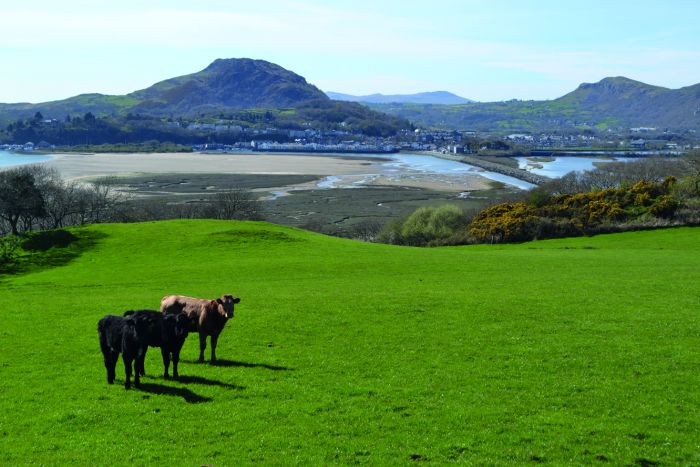 How many days does it take to walk? About two weeks, but more if you build in rest days to visit some of the attractions along the way.

What should you pack? Normal walking gear, including boots rather than trainers.

When should you go? Spring to autumn are generally the best times, but book accommodation in advance in the holiday season.

What are the dangers? The going, especially on the Ceredigion section, can be surprisingly strenuous at times. Wind and rain can make the walking unpleasant, but in very high winds think twice before venturing on to sections along exposed cliffs.

What are the highlights? The view of Ynys Lochtyn from high on the nearby headland; the wonderful views from above Aberdyfi; Harlech Castle; the narrow gauge railways; the attractive planned town of Aberaeron; the village of Llangrannog, and the waterfall at Tresaith. Any many more!

Get the guidebook: The Ceredigion and Snowdonia Coast Paths, by John B Jones, published by Cicerone. And the relevant Ordnance Survey Explorer maps.

Best hikes in the world: The South Downs Way
A Cairngorms Straight Line Walk
St Helena is a hiker's dream and here's exactly why
Type to search or hit ESC to close