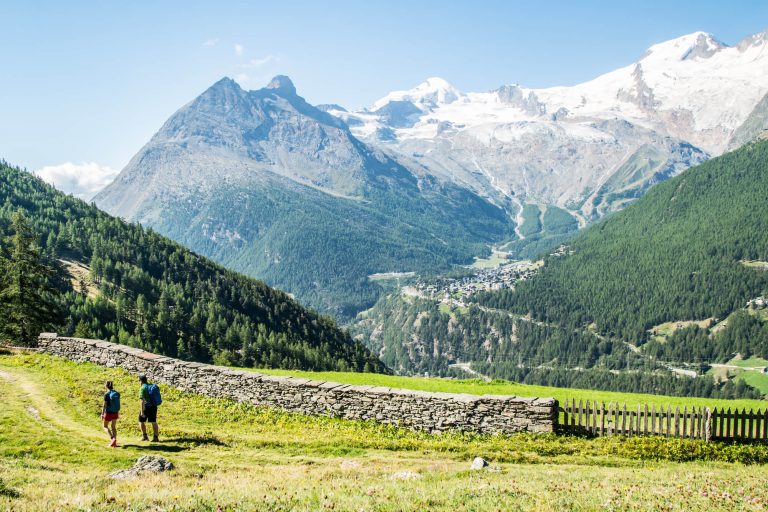 The holiday region Saas-Fee/Saastal in the Swiss Canton of Valais has been described as a ‘high alpine outdoor paradise’. And with plenty of exciting activities available and a whole host of spellbinding viewpoints within easy reach, it’s easy to see why.

Sheltered under the spectacular 4,027m Allalinhorn, you’ll find the charming car-free village of Saas-Fee. Known as the ‘Pearl of the Alps’, Saas-Fee sits on a high mountain plateau at around 1,800m and is surrounded by thirteen impressive 4,000m peaks. These include the Dom, which at 4,545m is the highest summit lying entirely in Switzerland.

In the winter, the Saas Valley becomes a lively ski resort. But in the height of summer, it’s a gateway to some of the most extraordinary high-altitude adventures in the Valais Alps. Here are six of the best to get you started.

The Gorge Alpine via ferrata course can only be undertaken with a mountain guide and runs along the rugged Fee Gorge that connects the villages of Saas-Fee and Saas-Grund. Via ferrata are routes equipped with fixed ladders, cables, and bridges to help climbers and walkers. And the Gorge Alpine via ferrata takes you alongside a deep gorge carved in the rock by a gushing tributary of the Saaservispa River. It’s the ideal introduction to this thrilling adventure activity.

The first zip line is fairly sedate, whipping you across the canyon in a fairly tranquil fashion. But as you work your way along the route, the zip lines get faster and incorporate more stomach-churning mechanisms like suspension bridges, pulley systems, rope swings, rappelling, and free falling. The course then ends with an unnerving descent into an echoey cave.

For those wanting to take the next step up the via ferrata ladder, the Jegihorn Trail is definitely one to try. This route is a more lofty one, taking any would-be alpinists up the highest via ferrata in the Western Alps (3,206m).

Lauded as one of the most beautiful courses in Switzerland, the Jegihorn Trail is a demanding course providing you with an exhilarating blend of climbing and scrambling over steep ladders and exposed aretes. Throughout your adventure, you’ll be accompanied by sensational views of soaring peaks all the way to the Jegihorn summit.

The centuries-old traders’ alpine crossing that links Switzerland and Italy is one of the highest passes on the classic Monte Rosa Tour. Lying at the foot of the 2,985m Monte Moro peak, the hike is famous for the golden-gilded statue of Mary that stands over the travellers below. The 4.6-mile hike begins at the Mattmark Dam and can be completed in around five to six hours (both ways).

If you fancy yourself as a bit of an alpinist but aren’t quite ready for the north face of the Eiger, then the 4,027m Allalinhorn is the one for you. Despite its height, the summit is perfectly attainable for anyone in reasonable shape and with an appetite for high-altitude adventure.

The ascent can be completed in a single day if you take the Metro Alpin (the world’s highest funicular) to the Mittelallalin station at 3,500m. From there, you’ll follow the Feejoch route past the world’s highest revolving restaurant and across snowfields, ice streams, and rocky outcrops, before finally scaling a short ladder onto the summit plateau.

No visit to Switzerland’s Saas-Fee/Saastal is complete without a trip to the Fee Glacier. You could take a cable car to the Längfluh station and enjoy wandering around glacial pools beside huge spurs of ice.

But for many, the crowning moment of a trip to Saas-Fee is a guided glacier trek right over the top of the ice field. Equipped with crampons, ski poles, and climbing harnesses, trekkers begin at the Spielboden station and climb onto the Fee Glacier to Längflüh secured by rope to their mountain guide. From there, they have three to four hours to explore this remarkable natural wonder.

This may not be a high-octane activity like the others on this list, but these furry friends in Saas-Fee should not to be overlooked. Because from mid-April, the village’s cutest residents come out to play on grassy banks on Spielboden and Stafelwald. In winter, marmots sleep peacefully and hibernate for between six and eight months. But in the spring, they emerge to charm any hikers passing by.

The marmots can be fed with specially prepared bags of peanuts and carrots bought from either the tourist office in Saas-Fee or from the Spielboden restaurant. 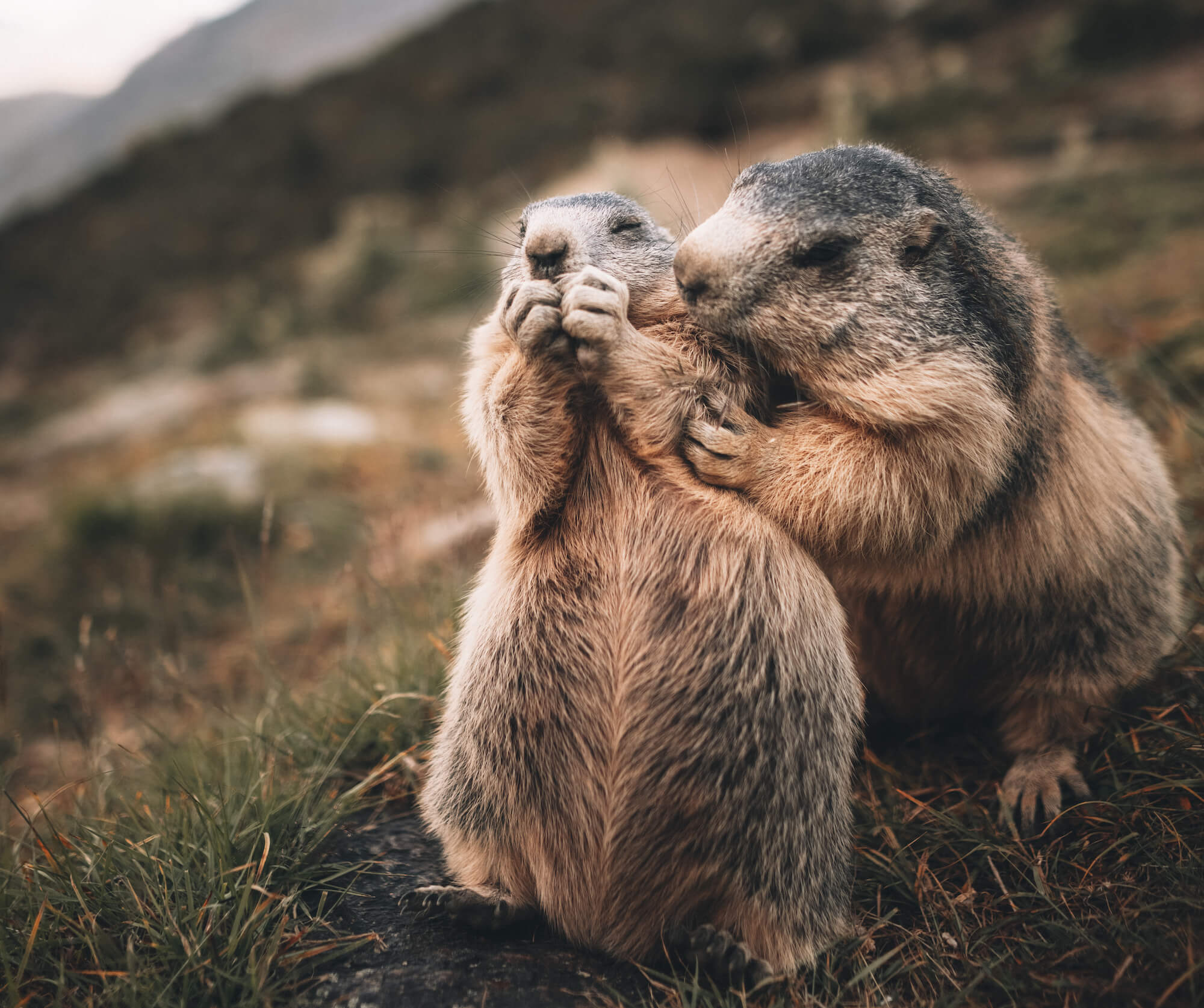 Watch: Beautiful time-lapse video shows the Annapurna Circuit at its best
Walking Durdle Door: Is this one of England's best coastal hikes?
Best hikes in the world: ﻿The Cape Wrath Trail

Watch this mountain biker's daring descent of a mountain of shifting slate
Best hikes in the world: Alta Pusteria Alpine Ridgeway
Why Oman should be your next adventure destination
Type to search or hit ESC to close