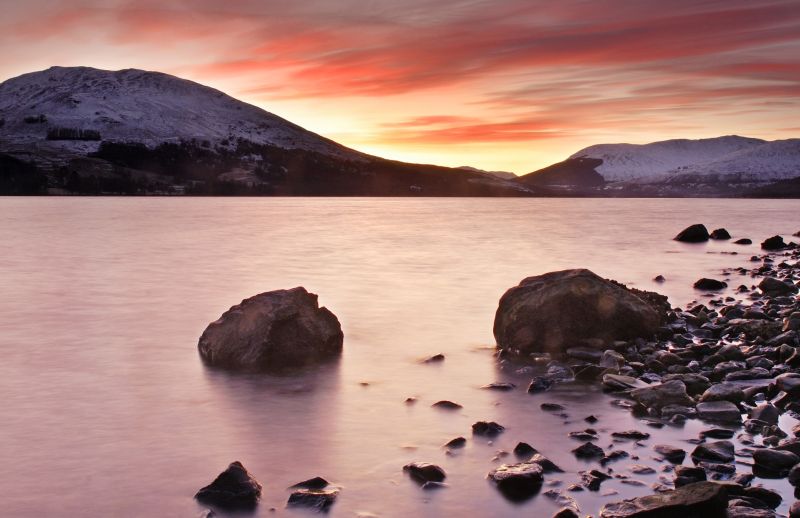 Kerran Traynor and Graham Donald have just returned from an incredible journey swimming a coast to coast route across Scotland. As far as the pair are aware, this has never been done before. The journey took them around two weeks to complete and saw them swim a total of over 70 miles in harshly cold open water.

Fresh from the challenge, we were eager to find out what lessons the lads had learned from this epic adventure. So, after mulling it all over, here’s what they have to say.

1. There will be hiccups

During our challenge, we were quick to discover the natural beauty of the environment we were in, but also the fact that we were swimming in hostile water temperatures. We knew that the water would range from eight to 12 degrees (roughly), but it soon became apparent that the race-specific swim wet suits we were wearing weren’t as warm as the surf style wet suits we bought as a back-up. After Kerran was caught by an unexpected rock in River Lochy, which ripped a hole in his swim wet suit, he was forced to wear his warmer back-up wet suit.

A few days into the challenge, we both resigned to the fact that we would have to swim the majority of the challenge in the heavier and more cumbersome wet suits. For Kerran, this was an easier choice as he didn’t want the challenge to become a failure upon feeling cold. Graham persisted a little longer, but he also reverted after a particularly cold stop on Loch Linnhe. 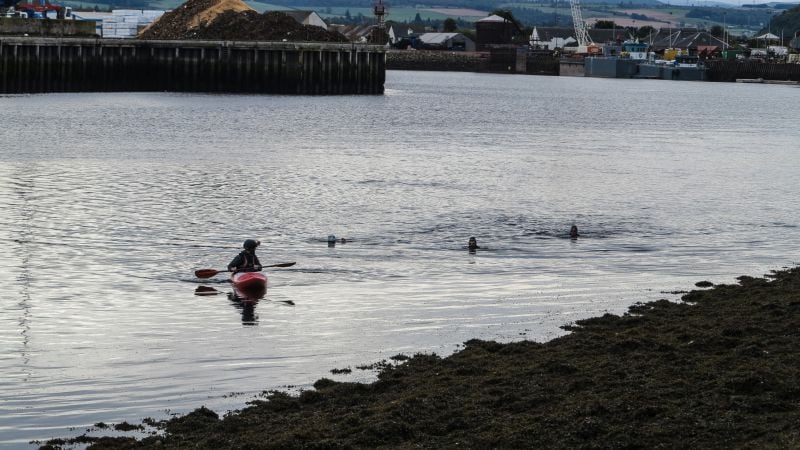 On a more practical level, the preparation before and during the challenge has taught us a lot. It’s one thing to come up with an amazing idea and another trying to make the whole thing a reality. We spent hours upon hours looking at maps to plan our route and researching about nutrition, logistics and equipment. We also put a lot of effort into social media promotion.

With recce trips and table research, we put ourselves in a good position for the unknown happenings which we knew were likely to crop up. This allowed us and our support team to gain confidence in each other while we were on the water. This was invaluable to us as there were a few parts on the water where our support kayak really was our eyes and ears. In some rivers we had to swim with our heads down in shallow, fast flowing waters, so that kayak was the difference between staying safe and being injured from rouge rocks or being caught in rapids. 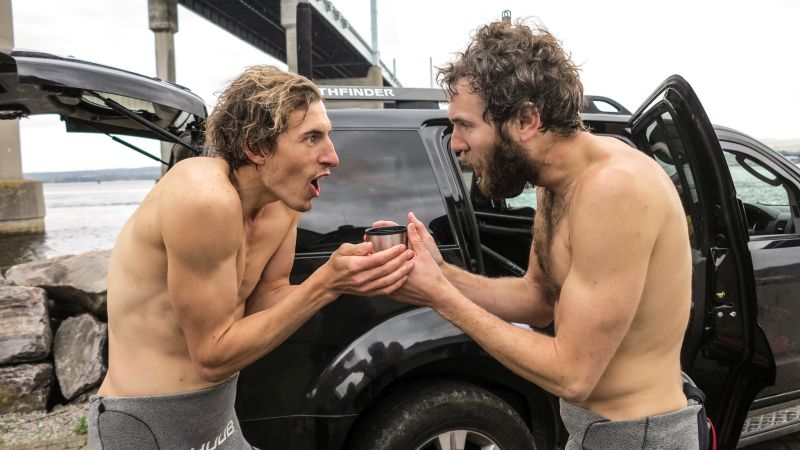 Throughout our trip we were taken aback by the kind generosity and interest of the people we came across. Many of these enjoyable encounters made the hard work of the challenge even more worthwhile. People opened up their businesses outside of work hours and served us hot tea along the loch edges and others donated to the charity we were raising money for off the back of a quick conversation in a car park.

These encounters and the many other “you’re doing what?” conversations only heightened the experience for us and made the challenge far less of a daily grind. It’s hard to reflectively look at what we had set ourselves while in the moment, but each time these little interactions gave us a reality check and an extra little boost.

4. Your body can cope with a lot 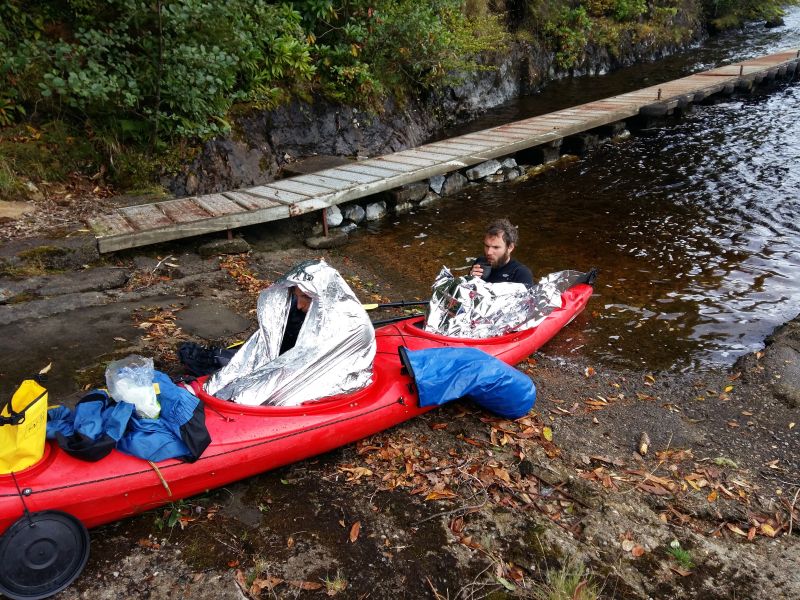 Although we were asking a lot of our bodies physically they held up pretty well, with only minor muscle aches and twinges. It was a different aspect of conditioning that was more prominent and poignant. Both us us were keen to listen and understand our bodies, which was crucial for the environment and the pace we were putting ourselves through. So, we had to learn and control our bodies’ natural instincts.

There were points where we would stop briefly to have a drink and a small amount of food, only to find that we couldn’t open the dry bag to get them out. This itself is no problem, but when you start to shiver and you’ve another three to four hours in the water ahead, it’s important that we were able to understand if this was a sign of something more serious or not.

One of the greatest unknowns for us was how we would deal with the monotony of hours of time with only our own thoughts. At times, it did seem as if the challenge was endless, with every metre taking twice as long as we expected. With tired arms and heavy wetsuits, the ability to remain focussed on the task was something, that with practice, we became fairy adept to – this was done in numerous and differing ways for both of us. Graham chose to focus on his future plans and dreams in order to remain positive and remove himself from the immediate, drifting off into a subconscious was of swimming . Kerran, on the other hand, tried to remain present, choosing to focus on breathing and stroke while gazing across the lochs and the slow movements on the ridge line – a differing kind of subconscious.

Along the way, there were many river obstacles which kept us switched on and focussed on the task at hand, which sometimes, became a necessity in order to stay away from danger and not get hurt. With each loch having a fairly distinct character, this also gave us a different aspect of water to swim in. Tidal Loch Linnhe had a constant low-level mist and drizzle, Loch Lochy has a glass like appearance and sharp mountains on either side, Loch Oich had an enclosed feel and tree lined banks, and Loch Ness had waves and size/logistical pressures.

6. The Scottish wildlife is particularly friendly 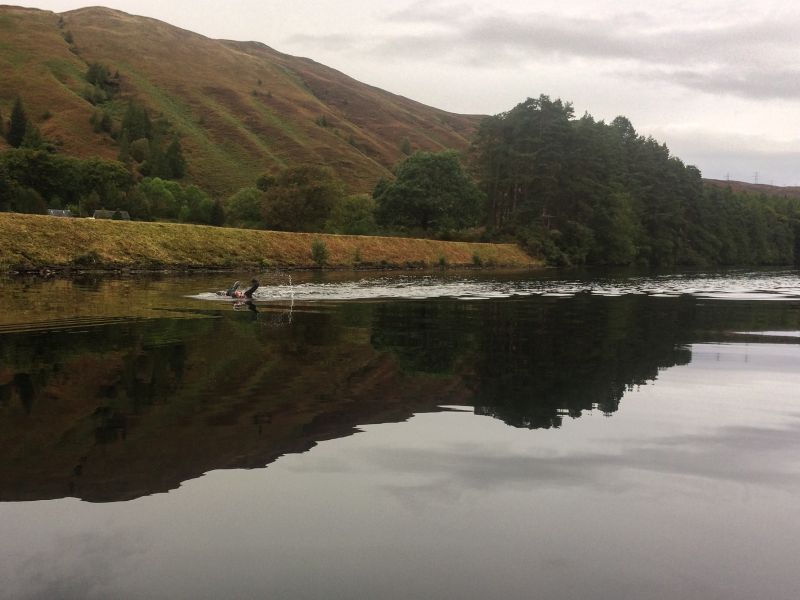 We were very hopeful that the Scottish highlands would bring us a lot of fascinating and beautiful wildlife along the way. Unfortunately, this was not the case. It was only on very rare occasions that we saw any fish or marine life. However, a highlight of ours came on day two of the challenge. We were followed by some inquisitive seals who trailed us for the majority of the day. It’s hard to look behind you when you’re swimming, but we did manage to catch a glimpse of our friendly visitors and the team in our support kayak thoroughly enjoyed the company! 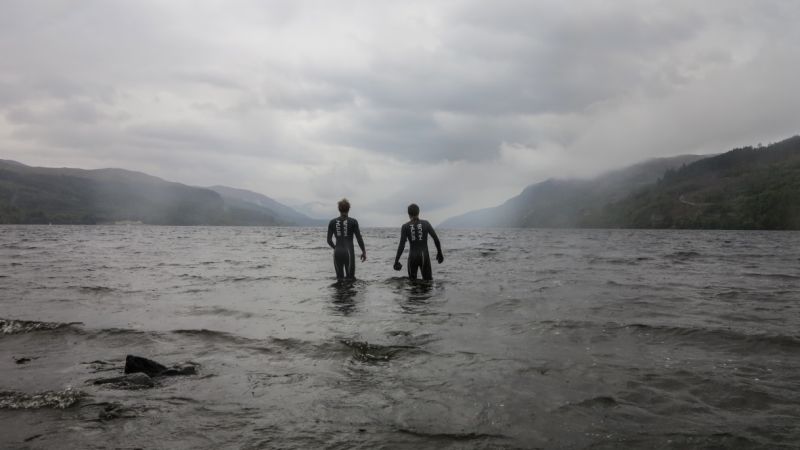 As we both sat down for the first time in a while and had the chance to discuss the journey, it was clear to see a sense of purpose and direction that this challenge has installed within us. This may come as a surprise to some, but the main things we learned during this adventure were situated away from the physical swimming, but more placed in the bigger picture of our lives and the lifestyles we both wish to pursue.

You can see more about Kerran and Graham’s remarkable challenge on their website, you can also follow their journey on their Instagram. If you’d like to find out about the charities they were raising money for you can check out their fundraising page.

Quiz: What sort of hiker are you?
Legendary British climber joins Snowdon500
8 adventure cats you need to follow on Instagram
Type to search or hit ESC to close