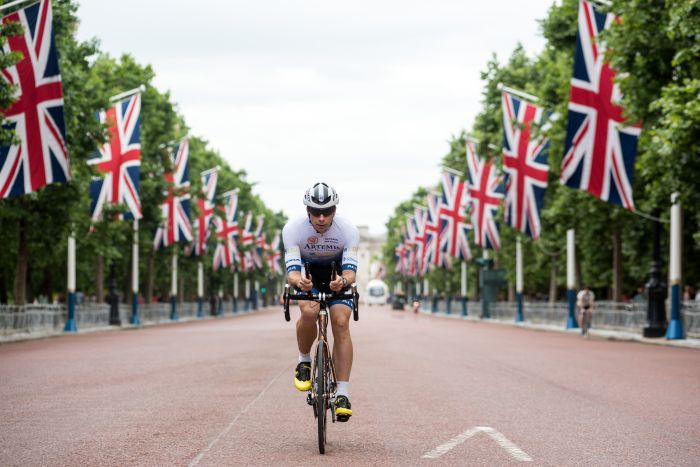 Adventure cyclist Mark Beaumont has broken the world record for cycling around the world, smashing 44 days off the previous 123-day record. Mark, 34, from Perthshire, finished his remarkable mission in Paris one day ahead of his 80-day target, having cycled the 18,000-mile route in just 79 days.

His epic challenge was inspired by the iconic adventure novel Around the World in 80 Days, written by French author Jules Verne, in 1873. In hope to achieve the world record, Mark approximately cycled a gruelling 260 miles, over 16 hours each day, and survived on around five hours of sleep each night.

Mark set off on his incredible journey at the beginning of July, and when we interviewed him a few days before he set off, he was feeling confident having planned the expedition incredibly well with his team and feeling in the shape of his life.

Not only did he break the world record for circumnavigating the world, but Guinness World Records also awarded him for most miles cycled in a month. This was while riding from Paris to Perth, in Australia, and was verified at 7,031 miles – incredible.

>>> Check out 10 of the best cycling routes in Europe.

As with most expeditions of this scale, there were a couple of hiccups along the way, but Mark had the incredible help of his support team every step of the way. During the journey, he had two falls, one being in Russia which required his team to try their hand at emergency dentistry after he cracked one of his teeth on impact. His team also suffered a car crash and got stuck in sand during the journey.

The round the world route pushed Mark through physical and mental challenges, seeing him enduring sub-zero temperatures in the southern hemisphere, changeably extreme climates and forest fires in North America.

>>> See 11 of the most inspiring young explorers in Britain.

Mark has received incredible support from fellow cyclists who joined him on some parts of his route, messages and wishes on social media, and a crowd of supporters who were waiting for him at the finish line as he cycled up to the Arc de Triomphe in Paris.

Not only has Mark achieved a remarkable world record, but he has also been raising money funds for the charity Orkidstudio, which works with communities suffering from poverty to create safe and durable buildings, such as schools and hospitals. You can donate via Mark’s fundraising page.

To read more about Mark’s challenge, head over to www.artemisworldcycle.com.