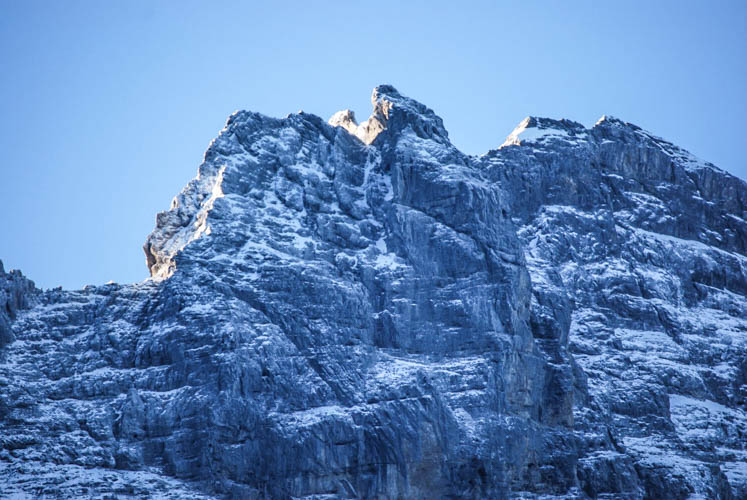 Tragedies on the mountain: The Eiger 1936

Over the years there have been countless tragedies that have taken place in the mountains. It’s a harsh environment and even the most skillful, highly trained mountaineers can be become victims. This is just one example of a well-known tragedy that took place on the north face of the Eiger 80 years ago.

In July 1936, four experienced German and Austrian climbers set out to tackle ‘the last problem of the Western Alps’: the north face of the Eiger. Toni Kurz, Andreas Hinterstoisser, Willy Angerer and Edi Rainer were volunteers for Hitler’s mountain strike force, which set out to produce propaganda for the Nazis and the forthcoming Berlin Olympic Games by successful alpine ascents.

The ascent started off successfully, and the team looked set for the summit, until Angerer sustained a head injury from falling rocks. The group were forced to turn back and down-climb as he couldn’t continue.

The summit of the Eiger

When the team reached the Hinterstoisser traverse on the down-climb (they didn’t know it was called that, as it was named after Andreas Hinterstoisser’s impressive conquering of it on the way up) it was un-crossable and they were forced to abseil further down the north face. On 21 July an avalanche hit the group, sending Hinterstoisser falling to his death and slamming Angerer into the wall, killing him on impact. Rainer, who had been belaying the two, was pulled into the wall by the weight on the ropes and died minutes later of asphyxiation.

Kurz remained uninjured. A rescue team attempted to reach him from the railway tunnel through the mountain but couldn’t get to him so the German was left hanging throughout the night in freezing blizzard conditions. 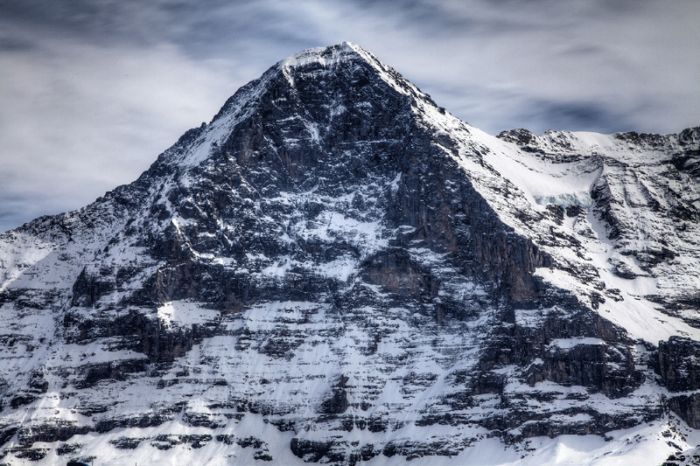 The next morning the rescue team came back and threw Kurz a rope to tie to his own. In an ordeal that took five hours, Kurz unpicked his rope with a frozen hand (remember these were before the days of climbing ropes as we know them today) and tied the ends together to make one long rope.

He then knotted the rescue team’s rope onto his and began the abseil to safety. All was going well until he reached the knot from the rescue team’s added rope. Unable to manipulate his abseil gear over the knot, he looked at the rescuers and said, “Ich kann nicht mehr”, meaning ‘I cannot go on anymore’ and soon passed away from exposure.

If you found that interesting you should also head over and read about the tragedy on Lenin Peak in 1974.

A beginners guide: What is scrambling?
The road to Everest: Climbing Mount Elbrus
Why Belize is the most rewarding adventure destination of 2020
Type to search or hit ESC to close