I had many friends that had been out to the Atlas Mountains before, they all loved it, and I wanted to find out why. So when Mountain Hardwear asked if I could travel there with the extreme stunt crew, the Skyliners, and a team of athletes I knew I had to drop everything and go! 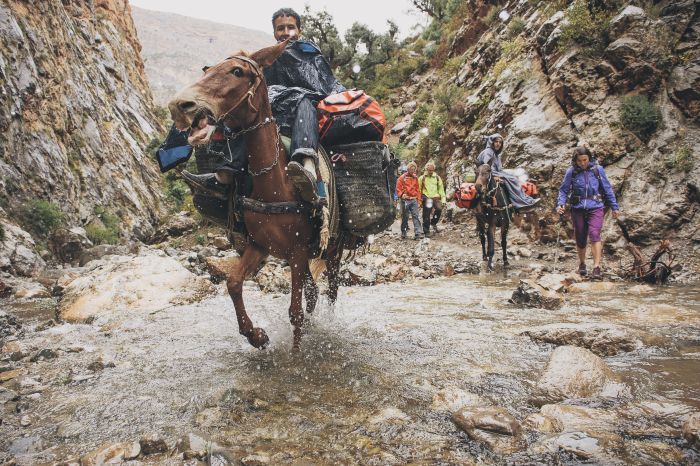 We were heading to Taghia, a beautiful alpine retreat with the village base at 1,900m that’s surrounded by vast walls, some over 800m high. Taghia is like a taste of the Himalayas but on a more intimate scale.

When you arrive at the village it’s like going back in time and most of the food available is grown and harvested in the fields surrounding the village. 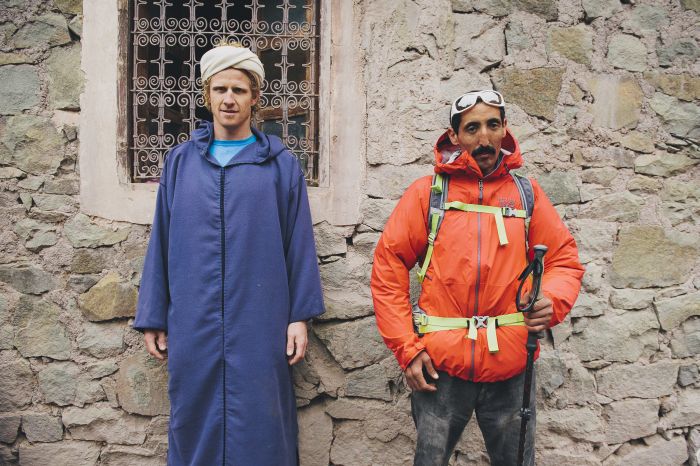 One of our key objectives was to find a place where we could climb, jump and high-line. The Sector Cascade, some 600m above the village was the obvious choice. When we first arrived at the village myself and my companions Seb, Tancrede and Anicet decided to make a break for it. We grabbed out base rigs and wingsuits and marched up the steep hill.

After an hour or so of climbing we arrived at numerous twisted stairs woven out of tree branches, they were surprisingly stable and oozing with character. A short scramble up the wooden steps and we arrived at the top, just in time for the heavens to open.

Clouds filled the valley and darkness surrounded us, jumping wasn’t an option so a bivi would be the best way for us to get a jump in the morning. Although we didn’t have any sleeping bags, we had a secret weapon which helped us stay warm in our tents: the Ghost Whisperer Hooded Down Jacket – perfect! 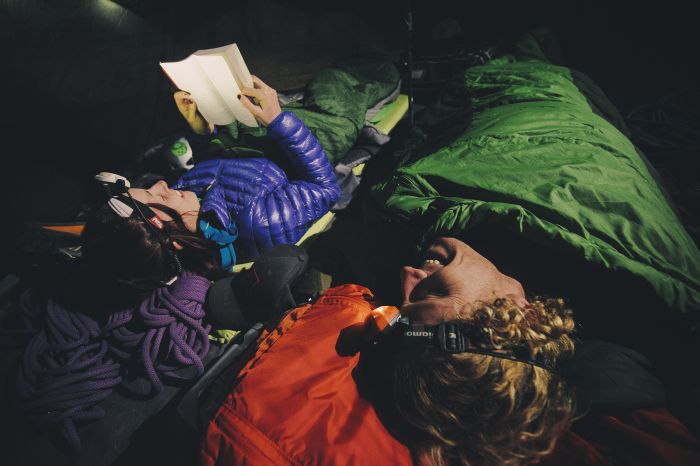 After a fresh night we were greeted by warm rays of sun and the sight of snow dusting the tallest peaks around us. A cloud inversion filled the valley but soon dispersed, the mist being sucked away as if there was a giant plughole at the end. Conditions were perfect and the jump was ours. 3,2,1….

Following the contours of the landscape makes wingsuit flying around this kind of terrain an amazing experience, especially when you’re the first person to fly it. You are constantly assessing the angles, distances and speeds, feeling the air move over your body, trimming your position, diving and swooping. Flying down to the village for breakfast was definitely worth the missed dinner and bivi the night before!

Later that day Emma Twyford (UK climber) and I noticed some Tufa veins coating the overhanging cliff under the high line that had been set up, so we decided to take a look. With only a handful of routes we decided to climb Arnaud Petit’s masterpiece right up the middle of the overhang, Emma managed to climb her way to the top on her first go, an amazing effort.

Above the overhang we could see the high line that the Skyliners had set up, 2,600m high. They looked like miniature puppets on a string, walking, doing tricks and the sort of things only possible in cartoons. They would be jumping very soon. 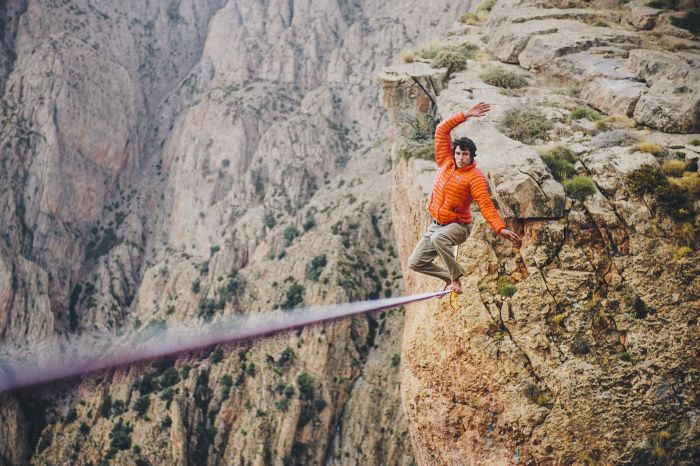 Moment later we got the call on the radio. Jumping in one minute. The sky filled with numerous falling bodies as the Skyliners flung themselves into the air, CRACK, crack, crack. Parachutes opened.

Then Seb jumped with his wingsuit and jetted off into the distance right in front of us. It was like a human firework display in the sky, so cool!

The amount of unclimbed rock in the Taghia area is astounding and for such a remote place it’s relatively easy to get to.

Easy Jet fly to Marrakesh, then after a five hour bus ride you arrive at Azilal, the closest village to Taghia. Then it’s a 90km jeep drive to Zaouia Ahansal and a couple hour walk. It really is a perfect warm up for cragging in the Greater Ranges.

The best Instagram feed for travel inspiration this week
Watch: Is this the world's hardest via ferrata?
Climb the Matterhorn in under 4 minutes
Type to search or hit ESC to close