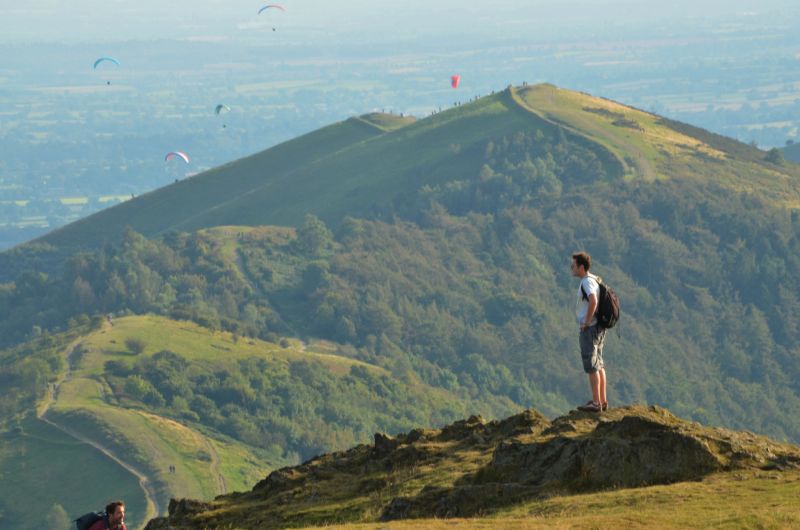 Eager to get in some training in for an upcoming Three Peaks Challenge, Rob Slade and Dan Nicholson head to the Malvern Hills for a south to north traverse.

Being based in Stratford-upon-Avon means that we don’t exactly have the mountains on our doorstep. The Peak District is a couple of hours north, the Brecon Beacons a couple of hours south west and Snowdonia a long slog through the centre of Wales. So when looking for a nearby weekend adventure we turned our attention to the Malvern Hills.

Sure, the Malvern Hills might not set the world alight with their elevation, topping out at 425m with Worcestershire Beacon, but they represent the perfect location for an accessible microadventure. The hills stretch for eight miles from north to south and the undulating terrain is a great training ground for any more challenging adventures you’ve got coming up. 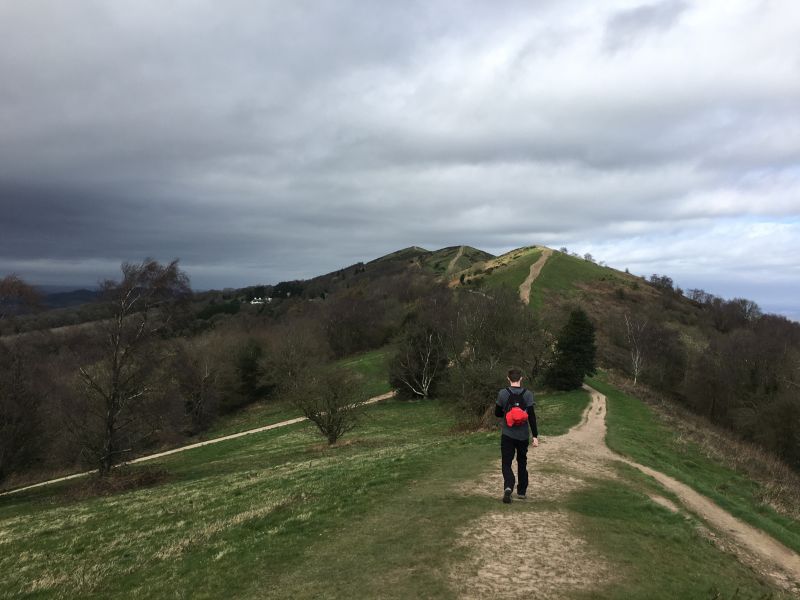 We started from Swinyard car park in the south, heading up onto the main ridge via the Gullet. It doesn’t take long before you emerge onto the main north-south path, but rather than following this straight away we decided to make a little detour to Eastnor Obelisk on the Eastnor Estate. From here you have a fantastic view stretching westward with Eastnor Castle standing out impressively against the many shades of green.

After turning around we soon gained the main ridgeline once again and made our way north. The hills stand out prominently from the surrounding countryside, so the views from the top are incredible, reaching as far as the Bristol Channel and the Welsh mountains. 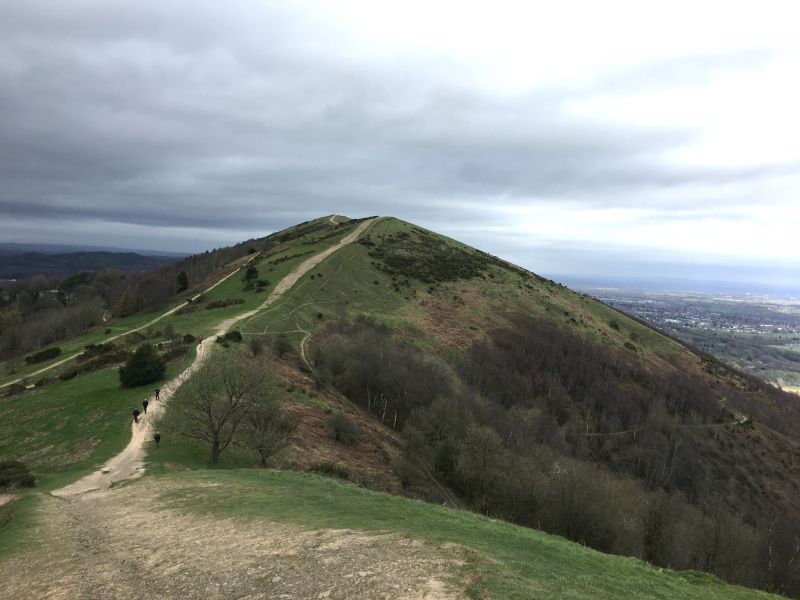 As the day went on we were battered by the wind as we headed north along the ridge. Before long we made our way up to British Camp (Hertfordshire Beacon, 338m) where we stopped to take in the surrounding scenery and have a bite to eat. The hill is surrounded by a British Iron Age hill fort earthwork which dates back as far as the 2nd century BC.

Heading north the track dips down to the British Camp car park where you can stock up on food and drink before making your way up over Black Hill and Pinnacle Hill. From here you can see ahead to the remaining trophies of Worcestershire Beacon (the highest point at 425m), Sugarloaf Hill and North Hill, which marks the spot where you turn around to head back to your car.

While we did the circular walk in a day, it’s very easy to turn this into a two-day excursion with a whole host of campsites and various other accommodation flanking the hills on the east.

Once you’re done with the hiking you may want to explore the town of Malvern or check out Eastnor Castle. The latter has plenty to see and do including a tour of the castle, an arboretum and even a Land Rover driving experience.

Taking a map will help you get the best out of your adventure in the Malvern Hills, ensuring you don’t miss any points of interest in the area. Harvey Maps has a product covering the entire ridge, or you can pick up a copy of OS Explorer 190.