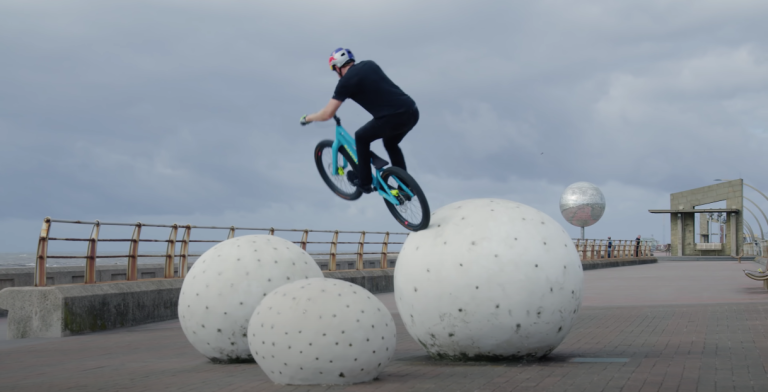 Trials cyclist Danny MacAskill is a two-wheeled phenomenon. The Scot has become famous for his gravity-defying exploits in the saddle, and he’s just released another incredible video that showcases his jaw-dropping skills.

First up Danny heads to the woods alongside pro BMX rider Kriss Kyle to hop, jump, and slide through the mud, before the duo arrive in Blackpool to see what mischief they can get up to under the illuminations.

This isn’t the first time legendary cyclist Danny MacAskill has starred in our video of the week, and I don’t think it’ll be the last… Check out the full video below:

HOT OFF THE PRESS…

Watch: Flying through a tunnel at 155mph
Watch: You won't have seen wheelies like these
Watch: This dramatic drone footage of a mountain in Norway will blow your mind
Type to search or hit ESC to close