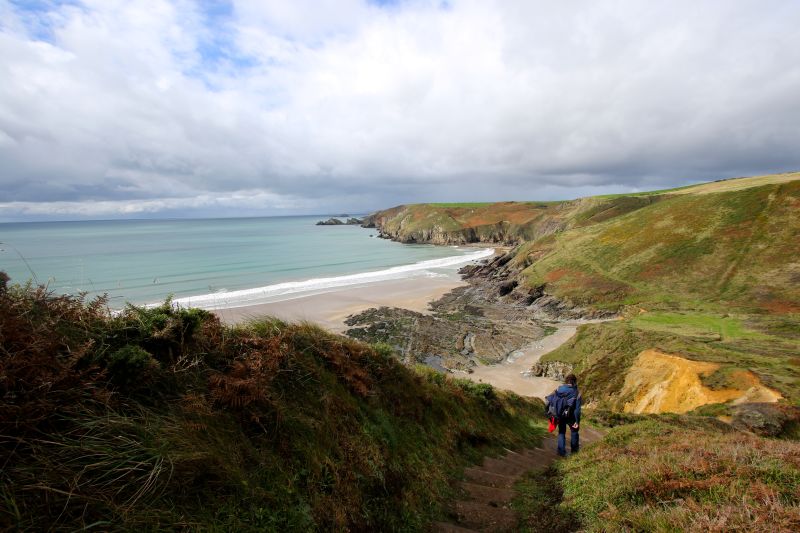 With a glut of mountains in Wales it’s sometimes easy to forget about the rest of the beauty it has to offer. So, Kerry Christiani finds out exactly why you need to look toward the Pembrokeshire Coast Path…

Wales often evokes images of tightly knit, rain-sodden hills where sheep roam at large, but the 186-mile Pembrokeshire Coast Path reveals a very different side to the country. The west is where Wales opens up to embrace the wild thrust of the Atlantic, and nowhere is the drama of this starkly eroded coastline better appreciated than here. Dipping and rising over bluffs, dune grasslands and heathland lush with wildflowers, the trail leads to hidden bays tucked into the folds of shaggy cliffs of fossil-rich rock. 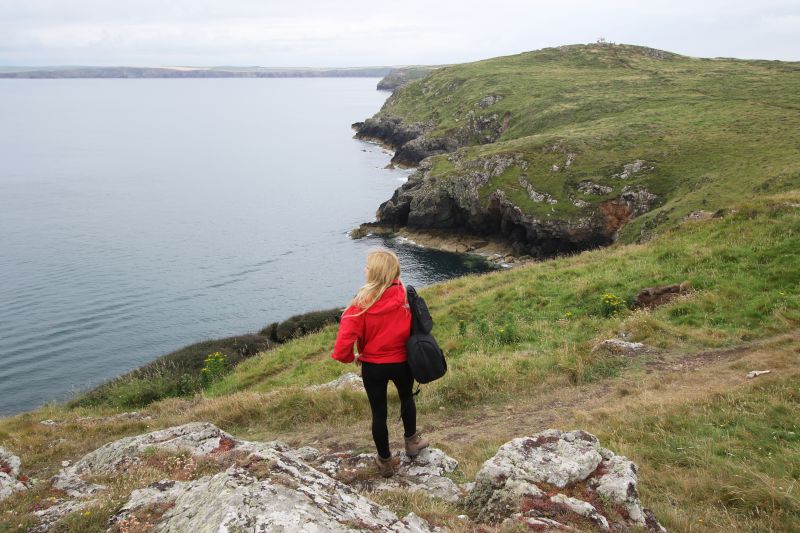 When it comes to wildlife, this is some of the finest Britain has to offer. In spring the slopes burst into bloom with violet-blue squill and pink thrift, in summer with foxgloves and the delicate bells of sea campion. These attract butterflies and a plethora of birds – choughs and skylarks, peregrine falcons and stonechats, not to mention the puffins and Manx shearwaters over on Skomer. As you stride along the cliff tops, you might be lucky enough to spot porpoises, Risso’s dolphins, minke and fin whales out at sea, and Atlantic grey seals basking on the rocks closer to shore. 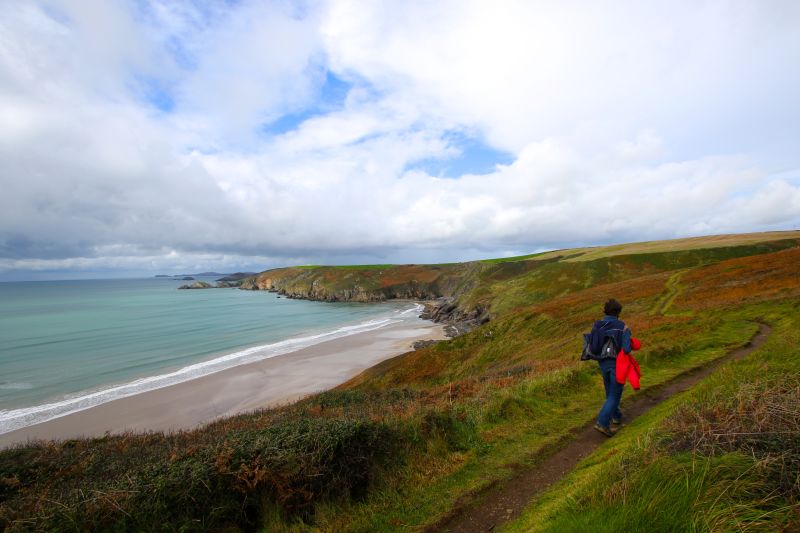 I got my first taste of the path on a dazzling summer’s weekend, beginning with a two-hour circular walk around St David’s Head. Here the path teeters over cliffs that sheer down to scalloped coves, with views over to Ramsey Island and the remains of Neolithic burial chambers. Just as lovely was the six-mile trudge from Abercastle, with its striking rock stacks and arch, to Abermawr’s serene, woodland-backed beach. A taste, I decided, is frankly not enough. Somehow I know I’ll be back for more this summer. 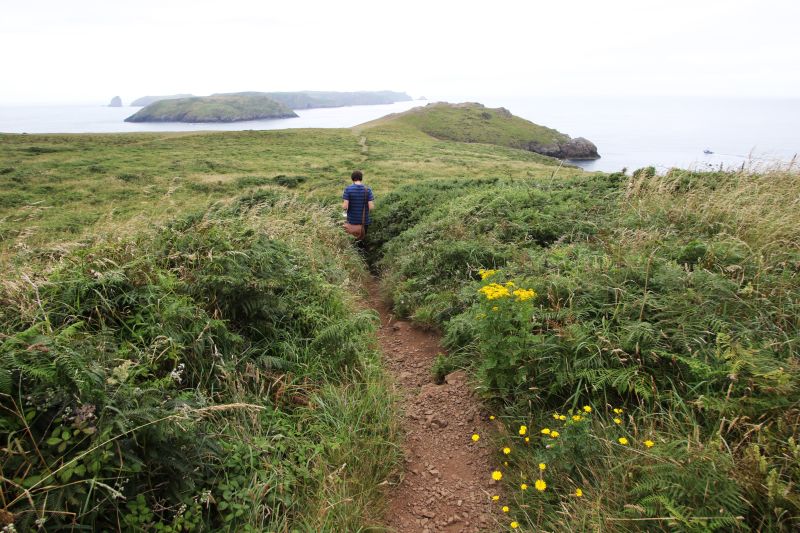 The Pembrokeshire Coast Path runs 186 miles from St Dogmaels in the north to Amroth in the south. Hiking the path in its entirety takes 10 to 15 days, with quaint harbour villages and seaside towns offering respite en route, but a few days is enough to tick off several of the more dramatic stretches. The trail is well signposted, but a handy companion is Cicerone’s The Pembrokeshire Coast Path guide.

Just inland from the quiet coastline near Abercastle, eco-conscious Preseli Venture is a chilled base for hikers and offers outdoor activities from coasteering to sea kayaking. Britain’s smallest city, St David’s, has a magnificent cathedral, good access to the coastal path and many B&Bs, hotels and campgrounds, including Celtic, which also has a bunkhouse.